05 February: Chinese say they won’t kow-tow to US currency demands 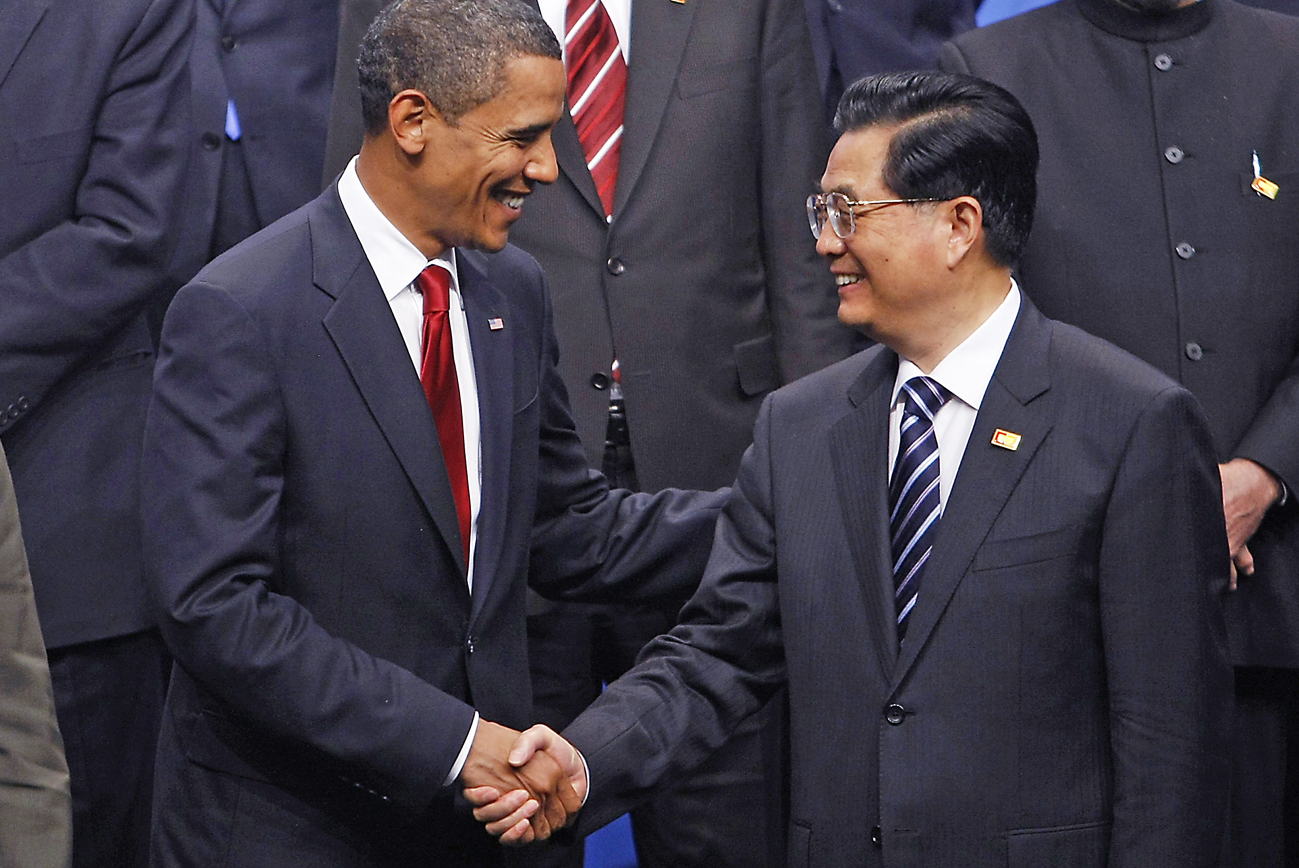 Chinese say they won’t kow-tow to US currency demands

Among the many issues facing US and China relations, Chinese authorities say they won’t bow to US pressure to revalue their currency. President Barack Obama has implied it’s kept at an artificially low level to give China an unfair advantage in selling its exports.  Obama has stopped short of saying China manipulates the yuan, but he did say that the US will make sure its goods are not artificially inflated in price, because that puts US trade with China at a huge competitive disadvantage. Photo: Reuters.

China and the US are engaged in a round of tempestuous brinkmanship, each trying to show the other who’s the boss. The Chinese are testing the resolve of President Barack Obama, but Google can take the blame for some of the problems. Now, the Dalai Lama’s followers have aimed at a chink in the Chinese armour, saying that Obama is expected to meet the Tibetan leader on a visit to Washington in the next few weeks. Obama postponed an October meeting in the run-up to a summit with China’s president, Hu Jintao. But since the US sold $6.4 billion in weapons to Taiwan, and Google got shirty over hacking and censorship, Obama can’t be seen to back down again. There’s another fire that suddenly needs to be put out. This time, a senior Chinese official has dismissed Western calls for tighter sanctions against Iran over its nuclear programme, just as Iranian President Mahmoud Ahmadinejad has at last shown support for a deal whereby Iran would allow low-enriched nuclear fuel to be exported for processing into nuclear fuel rods. The West wants to press home the advantage, and China is now saying back-off.

Toyota’s just can’t put the brakes on its multiple design problems. Shortly after the Japanese government started looking into brake problems in the 2010 Prius, the US Transportation Department opened an investigation into about 37,000 of the gas-electric hybrid cars. The agency says it’s received 124 reports from consumers about the vehicle’s brakes, which allegedly fail momentarily when drivers’ travel over bumpy roads. This comes as the world’s largest car maker battles two major recalls in the US involving millions of vehicles that have faulty gas pedals and floor mats that cause unwanted acceleration problems. The Prius was not part of the earlier recall that spread to Europe and China.

House Democrats are hoping their budget deficit curbs will help passage of a bill that would raise the cap on federal borrowing to $14.3 trillion over the next year, to help pay the nation’s spiralling debt. This would allow government to go $1.9 trillion deeper into the red. It’s a case of damned it you do and damned if you don’t for the Obama administration at present, as they try to prevent the annual deficit from roaring heavenwards, and past a projected record $1.56 trillion for the year ending in September. The new proposal will add another $6,000 of debt for every US citizen. Already, the country’s 300 million people owe some $40,000 per person, with much of that debt being held by China. The prospect of a first-ever debt default would be catastrophic for the world’s most powerful country, but that’s what politicians and markets now fear. The Democrats can thank the administration of George W. Bush for much of this, as it chose not to make spending cuts that cost the nation almost $1 trillion.

The top dog for American and allied forces in Afghanistan, General Stanley A. McChrystal, says the situation in the Afghan war is no longer deteriorating. That’s a new mood from the boss-man, after he said security in Afghanistan was at risk of significant decline last year. However, he didn’t go so far as to say the US had now turned the corner. McChrystal’s assessment of the war comes as Nato allies are meeting. The US is expected to pressure them to contribute several thousand more trainers for the Afghan army and police forces. The general’s statement is military-speak for things getting worse before they get better, but there’s not much else he can say to rally the troops. The US has committed 30,000 more soldiers to the fight, but Nato is still about 4,000 personnel short for training Afghan security forces to look after themselves.

Romanians take up where Poles, Czechs left off on US defence shield

If at first you don’t succeed, try, try and try again. Romania says it will host US missile interceptors as part of a global defence shield, after the Americans scrapped ideas for housing the weapons in Poland and the Czech Republic when the Russians said “nyet”. The plan still needs Romanian parliamentary approval, and is sure to bring another bout of strong Russian condemnation. The US says the system will provide better defence against the emerging threat of Iranian short- and medium-range missiles, and is not directed at Russia. The missiles will be in place by 2015 if Romania’s parliament gives the green light. This week, Iran launched a rocket carrying a rat, turtles and worms. But, despite the cargo of animal astronauts, the US and its allies don’t believe that the nation’s intents are for peaceful space research.

In a decision that couldn’t have come at a worse time, a Swiss court says some $5 million stashed in Swiss bank accounts by Haiti’s former dictator Jean-Claude Duvalier must be returned to his family. The Swiss suspect the money is deeply tainted, but the reasons behind the decision are entirely pragmatic. The government says it’s keen to avoid Switzerland serving as a haven for illegally acquired assets. That’s funny, because the US is pressuring the mountainous country to stop letting Americans stash billions from the US taxman. Known around the world as Baby Doc, Duvalier was preceded by his father, Papa Doc, running brutal regimes that terrorised Haitians for years. The family looted millions during their time in power, although the exiled son denies any wrong-doing. A lower court had previously given the money to charity. Now, Switzerland’s government has blocked the release of the money until a law is passed to return it to Haiti, so that may help the Swiss save some face. The court decision was made hours before the earthquake that devastated Haiti. The statute of limitations on any crimes committed by Duvalier and his clan expired in 2001. One can only hope he doesn’t get paid out.