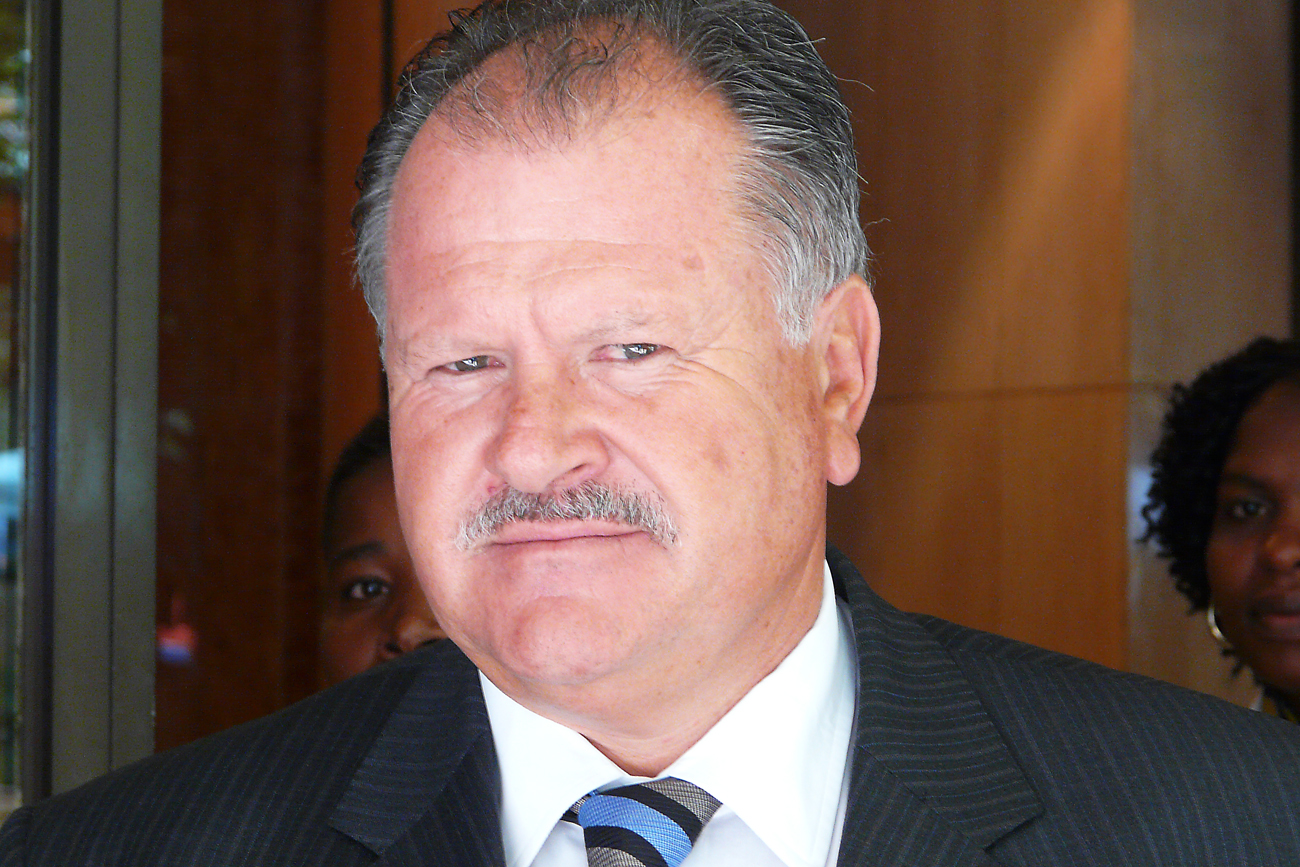 It’s no big surprise that the murder trial of Brett Kebble was postponed on Wednesday, until 26 July. Less predictable was that the co-accused, Glenn Agliotti, would be allowed to ask for his passport back. And, perhaps, to travel abroad. Flight risk? What flight risk?

In court 2E of the South Gauteng High Court Wednesday morning, Glenn “The Landlord” Agliotti was being his charming, ebullient self. Just as he did in 2009, at the start of the corruption trial of former police chief Jackie Selebi (where he’s the state’s chief witness) Agliotti talked and joked openly with journalists and officials. On Wednesday, though, the self-confessed drug trafficker was in an especially bouncy mood. He greeted a well-known female journalist with a kiss to both cheeks, Italian style, and told the court illustrator he needed to work on his game: “When are you going to draw me thinner?”

Agliotti clearly knew that the Brett Kebble murder trial, in which he stands as co-accused – John Stratton, the state’s other key man, is yet to be extradited from Australia – was due to be postponed again. At a pretrial conference on Tuesday afternoon, to which Agliotti must have been privy, both prosecution and defence agreed that justice would best be served if the Selebi trial were finalised before the matter of State vs Agliotti went ahead.

Soon after this morning’s formalities began, state prosecutor Gerrie Nel, who’s also the prosecutor in the Selebi matter, explained to Judge Frans Kgomo that he could not allow himself to land in the “difficult position” of having the same man serve as accused and chief witness in two separate but concurrent cases.

The Selebi trial had on Monday been postponed to 1 March, to allow state security minister Siyabonga Cwele time to petition the Constitutional Court in his ongoing campaign to prevent intelligence coordinator Barry Gilder from testifying (the Supreme Court of Appeal dismissed Cwele’s petition on Friday, 29 January).

“I cannot tell the court we’ll be able to finalise this matter before the Selebi matter [resumes],” Nel stated.

In granting a postponement to 26 July, Judge Kgomo agreed that it would be untenable to have “the accused in this matter [as] friend and adversary and vice versa in different situations.”

The judge did, however, list the implications of the postponement – financial, and “witnesses becoming uninterested.”

At Nel’s request, Judge Kgomo reduced Agliotti’s bail from R350,000 to R200,000, on the condition that the extra R150,000 would be used to cover legal fees. Also at Nel’s request, the judge is allowing Agliotti to apply for a passport – provided he has the written permission of Nel’s partner, state prosecutor Andrew Leask.

Which was easily the most interesting part of these proceedings. For the past few years, Agliotti’s passport has been in the possession of the state, presumably because Nel and Leask considered him a flight risk. Now the men have broached the possibility that Agliotti may travel, and all they’re asking for – Judge Kgomo granted this request too – is a detailed itinerary plus numbers and addresses of his proposed accommodation.

Does this mean Agliotti’s no longer considered a serious flight risk? If there’s another way to read it, we’re all ears. Because the problem, irrespective of whether Agliotti charmed his way here or whether he genuinely deserves it, is that the man is the co-accused in a dangerous and messy murder trial. Why wouldn’t he want to join his alleged partner-in-crime in Australia? Why wouldn’t he want to live the high life in a country that’s incredibly reluctant to send us back our criminals because, hey, they may go to prison and then where would they be?