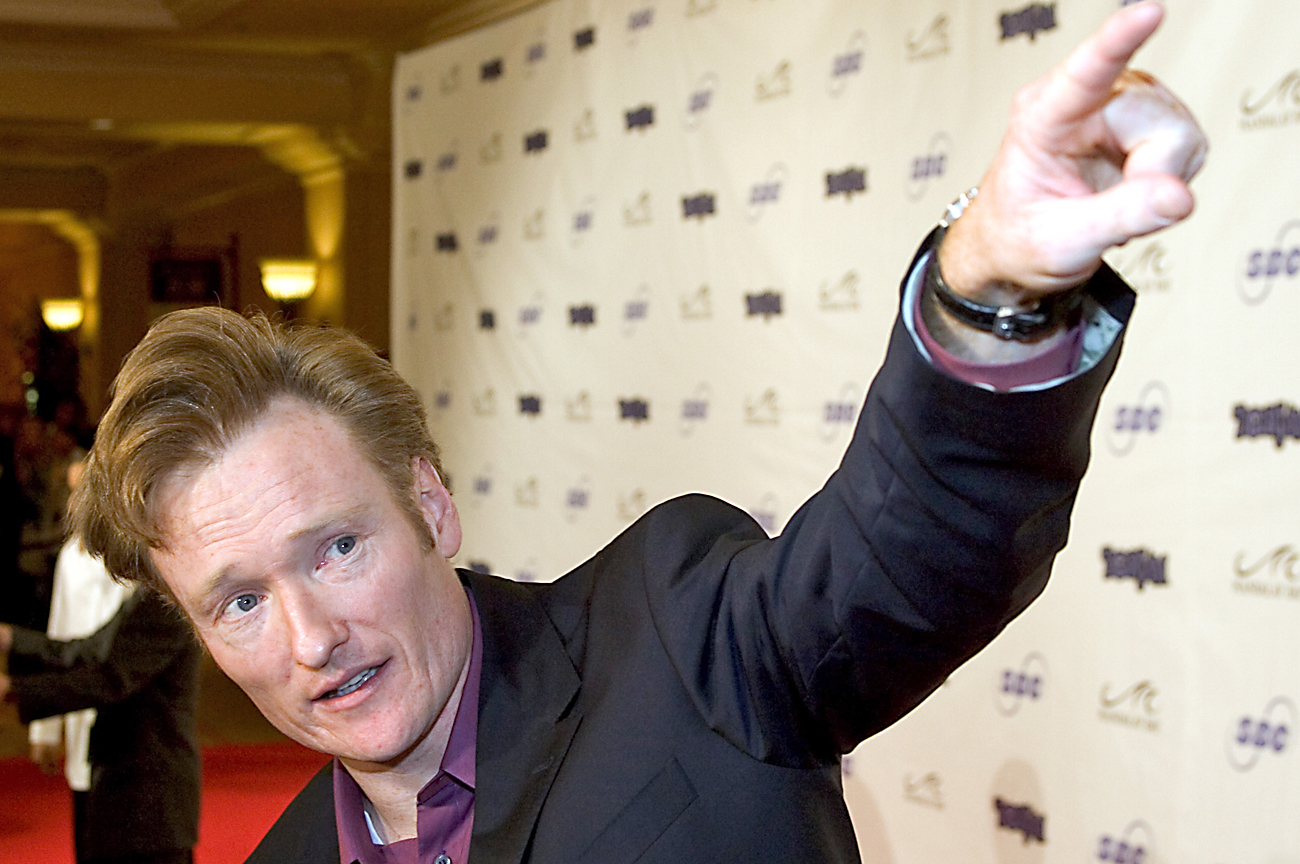 Also today: Honda back on the road to big profits; Spanish tax collectors not bullish on revenues as landlords wave red flags; Government on a roll over improved Philippines revenue collection; Swiss drugs giant gets taste of swill along with industry-beating profits; Britain worries the lights may go out; More woes put brakes on Toyota in home market.

Rupert Mudoch, the wily boss of News Corp, says Fox TV and Conan O’Brien are discussing whether the funny man can make the station some money. O’Brien and his former employer NBC agreed on a $45 million deal for his exit from the “Tonight Show”, enabling rival comic Jay Leno to return to the programme he hosted for 17 years. There was some unfunny rowing between Leno and the red-headed comedian over who got which late-night spots, with O’Brien quitting after he took the Tonight Show reins from Leno, but was pushed into an after-midnight slot. Murdoch is in two minds (or maybe even three), as employing O’Brien will be difficult because very profitable re-runs of Seinfeld on Fox get in the way. But the Aussie battler loves a scrap, especially at the expense of the competition.

Scientists replicate the energy in stars

It’s getting mighty hot and cramped in there. Where? In a pea-sized cylinder holding a tiny spherical target at the Lawrence Livermore National Laboratory in California. (Read our story here.) Scientists shot more than a megajoule of laser energy at a target within a few billionths of a second. The result? Some 500 times the energy used by the US at any given time. The simultaneous firing of 192-laser beams onto targets of gas-filled capsules that substitute for fusion capsules of deuterium, tritium, and two isotopes of hydrogen, show the lasers can create enough X-ray energy in the target cylinder to make nuclear fuel implode. That’s one big step closer to the Holy Grail of fusion energy, that’s clean and unlimited, and will see the price of oil drop to zero — forever. The X-rays compress the fuel to more than 111 million degrees Celsius (200 million degrees Fahrenheit), with pressures billions of times greater than Earth’s atmosphere. As an example of the kinds of intensity being achieved by lasers, another beam at the University of Michigan is so powerful it’s like holding a giant magnifying glass in space and focusing all that sunlight onto one grain of sand on Earth. Researchers say that’s more light focused in one place than anywhere else in the universe. Now scientists only have to sustain the fusion reaction. Simple.

Honda back on the road to big profits

Unlike big brother Toyota, which is grinding through a crisis over faulty gas pedals, Honda’s over the moon with expectations of much higher profits this fiscal year after 2009 third-quarter earnings beat expectations, coming in at $1.5 billion, from $223 million in 2008. Its fuel-sipping cars and revved-up motorbike unit are popular with road-users. That means full-year profits are now forecast to come in at $2.9 billion in the year ending March 2010, way up from an earlier projection of $1.7 billion. The second-largest Japanese car maker says demand in China and India has soared in the last three months of calendar 2009, which puts to bed a bad year for this particular car manufacturer.

Spain’s tax inspectors say landlords are dodging taxes in a growing rental market, taking cash payments from tenants to avoid paying the state taxes on a sum now exceeding $3.5 billion in annual revenues. Reports say many of the half-million Brits living in Spain don’t pay tax due on their Spanish properties because they’re ignorant of the laws, have difficulty with the language, or because no one ever pays tax there (the last one’s right). So, Spain’s government has discovered that a rise in the number of rental properties across the country hasn’t pulled in more returns, as it struggles with the deepest recession since the Second World War. The nation’s housing market has crashed and it has got the highest budget deficit in 30 years. Tax authorities say taxes aren’t paid on income equal to about 25% of gross domestic product. The Spanish rental market rose 18% in 2008, but declared rental income only grew 0.1% in the same period. How’s that for disparity.

Government on a roll over improved Philippines revenue collection

Philippines tax collectors are busy bees, after government revenue exceeded targets on faster economic growth and better customs receipts on the back of higher oil prices. Tax collection in January rose 12% on the year, while customs revenues were up 22% in draft data. The government’s got big plans for borrowing and spending this year, to further boost an economy that grew 1.8% in the last quarter, as it recovers from the global recession. But the growth in taxes could help the fiscus reduce its borrowing, making it less taxing for the government to spend.

Annual sales at Swiss pharmaceuticals giant Roche rose 8% on the back of paranoia over swineflu, despite more enduring treatments such as cancer drug Herceptin not living up to hopes. That’s twice the industry average, swinging operating profits up 14% to $14.2 billion. But the Swiss maker of Tamiflu, which takes the swine out of swineflu, paid for taking over US drugs titan Genentech, seeing net income for the year fall 22%. That won’t matter, though, as the deal is already proving profitable. Meanwhile, it expects sale of Tamiflu to fall through the floor in 2010, after the media-hyped swineflu “crisis” abated.

Britain worries the lights may go out

UK energy regulator, Ofgem says Britain is set to go through a power shortage in coming years. Welcome to the club. If you need any advice just call Eskom. The regulator also says many consumers might not be able to afford the higher energy prices they will come into force (sound familiar?). Britain’s power industry needs $319 billion to get it out of trouble, but that will be hard to find after the country’s banks took a headlong dive after the October 2008 market crash. And with politicians on both sides of the Atlantic yelling for greater bank regulation, Ofgem says the UK could fail to deliver secure, sustainable supplies over the next 10 years. Better the market invests in wind energy, before hot air over fossil fuels becomes a cold, dark space.

Japan’s government has ordered Toyota to investigate a possible defect in its new Prius hybrid model after receiving 14 reports of brake trouble. This comes after the US Congress wants to know why faulty brake pedals in the American market caused the company to engage in its biggest-ever recall. Lawmakers want a quick answer, after drivers complained that the brakes on Toyota’s newest “green” car failed momentarily at low speeds, especially on bumpy and frozen roads. It’s not just drivers in Japan, though, as dealers in the US cite numerous reports from customers who said their Priuses had braked insufficiently. Toyota’s trying to
get its wheels out the mud after a massive global recall sparked by accelerator troubles in the US market saw it suspend production of eight models and take a big hit on sales.