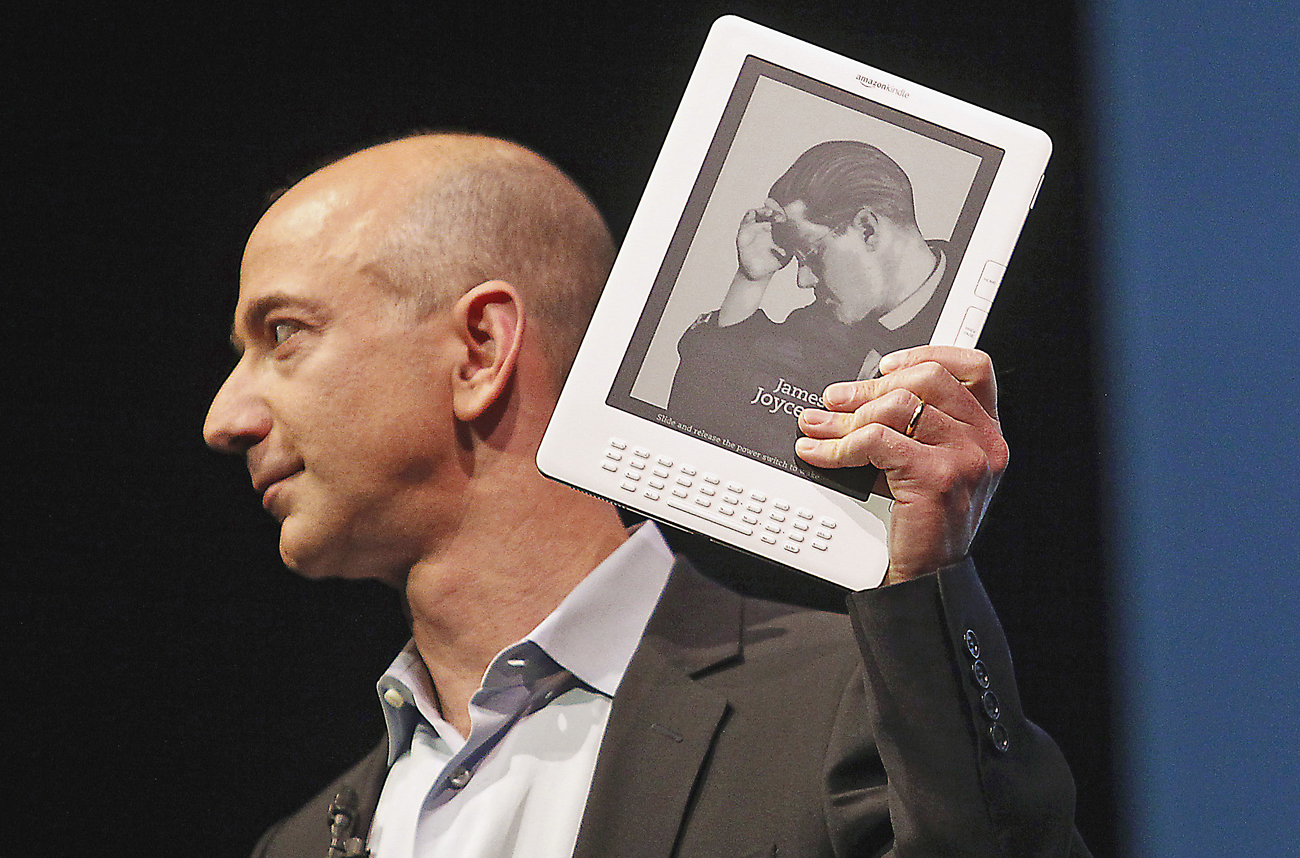 Days after Amazon removed all of Macmillan’s print and electronic books from its website, the company agreed to let the publisher set its own prices for Kindle books and keep 70% of sales. The power equation in electronic publishing has now changed from retailer to seller, and as a result, industry observers say MacMillan’s books are likely to rise in price by 50%. Authors will be glad of this, but the verdict is out on how much this will affect total sales and revenues. Customers loved the fact that they could get a digital read for $9.99 on Kindle, and public ire may yet force MacMillan to review its business model. Amazon incurred losses on many titles in the name of bulk Kindle sales. That strategy brought readers flocking to its site. Other large publishers may now follow MacMillan, after Amazon said it could up the price of best-selling e-books to $14.99. The changing of the power equation has come about from potential competition from companies such as Apple, and Amazon’s share price has swooped 5.2% on market perceptions of a changing of the guard.

Toyota’s in a spin about millions of its cars in the US market, after being linked to 19 deadly accidents caused by faulty accelerator pedals. So, this week dealers will receive “field-remedy” kits to resolve the recall of 2.3 million vehicles. Nobody knows how long the affected vehicles will be off the road, and little is known about what drivers are now driving, but it’s sure to damage the reputation of the world’s largest car maker, which has a 17% share of US sales. The Japanese firm will also re-start North American production lines next week after halting manufacture of eight iconic brands. Steel fix-it plates are on the way to dealerships after US-based CTS Corp., the maker of the original pedals, was widely blamed for the debacle. The recall of vehicles with pedals that may cause unintended acceleration comes at a time millions more cars were recalled over floor mats linked to sudden spurts of speed. Toyota has said it’s truly sorry about this, but the US Congress wants to know why it happened. Expect a long series of hearings.

The Greek prime minister George Papandreou is starting to sound like President of Iceland, Olafur Grimsson, after he said Greece can’t be at the mercy of its international lenders. The country faces soaring borrowing costs on its more than $270 billion debt, and markets are holding their breath in case the economy collapses. Papandreou has now struck a defiant and nationalistic tone, which recently got Grimsson into all sorts of trouble with his European peers and the International Monetary Fund. The Greek crisis comes after Dubai told markets it was putting a hold on debt repayments, scaring the pants off investors. After Papandreou’s theatrics, bookies could do brisk business if they took bets on the possibility of a double-dip global recession.

It’s not too many people who can say that 2009 was a really good year. But that’s exactly what BP CEO Tony Hayward claims after the oil giant only reported a 45% drop in annual profit. The group says profits during the final three months of 2009 were up 33% from the $2.59 billion a year earlier. That’s when global markets collapsed on the back of the October 2008 Wall Streets crash. Since then, lower oil and gas prices and depressed refining margins have caused oil companies to tighten considerably. Despite that, BP says oil and gas production increased more than 4% in 2009 and reserves grew for the 17th successive year. But this upbeat assessment wasn’t enough to stop its shares falling 4% after fourth quarter results failed to meet analysts’ expectations. Meanwhile, US energy titan Exxon Mobil posted a $19.3 billion profit in 2009, so don’t be too worried that oil majors have hit a slick. However, this mammoth sum was down 57% from the all-time Exxon record in 2008, when oil was trading above $140 a barrel.

It won’t please European health authorities, and many others who hate smoking, but sales of Britain’s Imperial Tobacco Group met expectations, expanding in French and UK markets in fiscal 2010. The French puffed on 55 billion cigarettes last year, a 3% rise on 2008, while the Brits smoked some 45.5 billion. Consumption of the company’s brands dropped slightly in Germany, but plunged 10% in Spain. Imperial owns the Spanish maker of the Gauloises and Gitanes brand, and also Commonwealth Brands, the fourth-largest US manufacturer. It’s also the maker of Rizla rolling papers, and Davidoff cigarettes and other brands so loved by tobacco aficionados. Like most companies, Imperial’s shares plummeted in 2008, when financial markets collapsed, but now they’re on the up again, despite the temporary shortness of breath.

Chinese authorities are strengthening laws that govern computer hacking attacks, by refining the judicial interpretation of cyber-crimes. This comes after more arrests and court sentences for hacking were reported in 2009. The move may have some impact on the spat with Google, which says it was hit by cyber-attacks from China, However, the world largest search engine provider said it suspected the Chinese government was complicit in the attacks, so authorities may have to look deep within. Despite a new tort law that deals with computer privacy issues and violation of civil rights over the Internet, China’s notoriously lax approach to intellectual property issues has yet to be overcome.