02 February: China tells US to skip meeting with Dalai...

02 February: China tells US to skip meeting with Dalai Lama 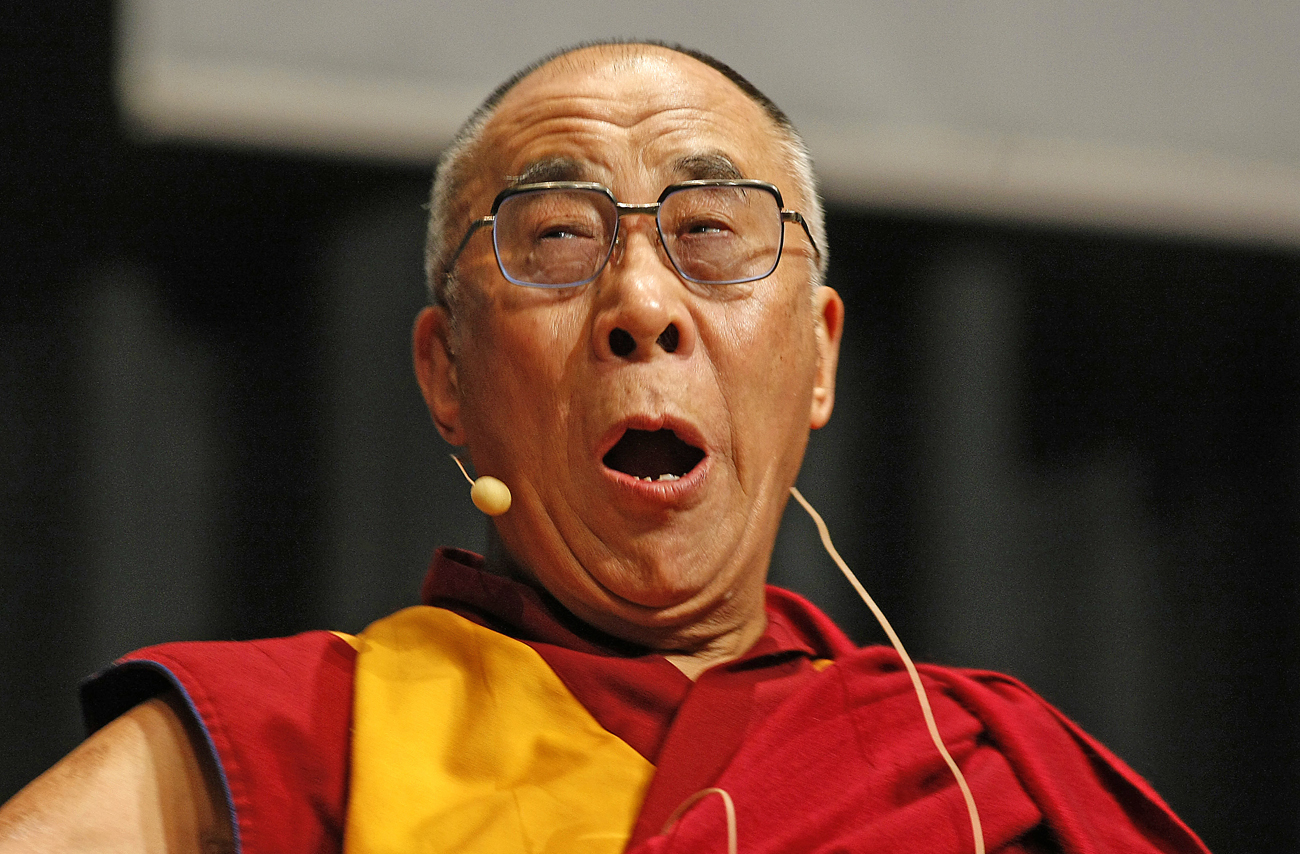 Also today: Obama budget keeps US in red for a decade, but it’s not his fault; Nations won’t meet climate change commitments by 2050, says UN; Israel admits to unlawful use of white phosphorus in Gaza; Trial over downed French Concorde set to begin; Popular Malaysian opposition leader back in court over decade-old sex charge; Haitians crack down on US missionaries over “orphaned” children; Pope comes out swinging over equality law ahead of UK visit; Scientists say stem-cell research stymied by self-interested clique.

China tells US to skip meeting with Dalai Lama

There’s a new commercial Cold War on the horizon, and it’s not just about Google, the World Trade Organisation or general issues of censorship. It’s a battle that speaks volumes for China’s opinion of its own power. But arrogance might be a better word to describe the country’s warning to US President Barack Obama that it will harm Sino-US ties if he meets the Dalai Lama. And it’s a battle the Chinese may well lose. In typically authoritarian and non-specific wording, the Chinese Communist Party said there would be “corresponding action” if the meeting takes place. Obama is not the kind of person to take such a threat lightly, so it will be interesting to see how this matter unravels. A recent meeting between China and the Dalai Lama’s representatives left both sides in utter disagreement, as is usual. The Chinese are really telling the US that they’re not happy about the sale to Taiwan of American military equipment worth $6.4 billion. Taiwan is the hottest of all hot political potatoes, as China continues to claim ownership of the island where fleeing nationalist Chinese forces escaped to after the communist revolution in 1949.

Obama budget keeps US in red for a decade, but it’s not his fault

US President Barack Obama wants Congress to rapidly approve $300 billion in spending to relieve the recession and help create jobs. In the meanwhile, his record $3.8 trillion budget will put the nation’s deficit at nearly $1.6 trillion, the most ever, and still keep unemployment at just less than 10% for the year. The budget calls for tax cuts for workers and business, and aid for cash-starved state governments. There’s also more money for the unemployed, so this is desperation stakes for a sick US economy, and a move that will cause huge political ructions in a mid-term election year. Obama’s budget sees the deficit coming down by nearly $300 billion to some $1.3 trillion this year, and a further $1 trillion reduction over the next decade. He’s got former President George W. Bush to thank for this, but it will be marked against Obama’s watch. The projected deficit for 2010 is nearly 11% of the country’s entire economic output, and the fact that this won’t be reduced to sustainable levels for 10 years could change the nature of US power and prestige in the world.

Major industrialised nations’ goals for reducing greenhouse gases won’t prevent climate change by 2050, the UN says, leaving temperatures to rise well above the target set at the Copenhagen climate summit in December. More is needed from China, the US, the EU and other states that produce the majority of the world’s greenhouse gases to stop the Earth’s average temperature from rising two degrees Celsius above the levels that existed before the Industrial Revolution of the late 18th century. Science and politics around the issue mix like oil and water, and that doesn’t bode well for implementing necessary changes.

Israel admits to unlawful use of white phosphorus in Gaza

Israel’s army has admitted that it lost control of a vital aspect of its 2009 invasion of Gaza, when two top army officers authorised an artillery attack using white phosphorus shells which hit a UN compound. The mea culpa is contained in a response to the UN’s Goldstone report, which says both Israel and its enemy Hamas committed war crimes. The officers still have their ranks, so despite an Israeli report to the UN that says the officers were reprimanded for failing to follow their own rules of engagement, they won’t face criminal prosecution. The issue may still come before a special tribunal at The Hague, as white phosphorus is banned by the Geneva Convention for use near civilian-populated areas. But not all countries have signed on to all protocols regulating this.

The wheels of justice turn slowly. This certainly applies to the Concorde jet which crashed in France in 2000 after a tyre burst from hitting a metal strip that allegedly fell from another plane and ruptured a fuel tank. Prosecutors say the metal came from a jet belonging to US airline Continental, and they want to prove accountability. So, Continental and five individuals are soon to go on trial in France on manslaughter charges.

Malaysia’s popular and progressive Muslim opposition leader, Anwar Ibrahim, has been in and out of court for more than a decade. He faces up to 20 years in prison over sodomy charges brought by Former Malaysian Prime Minister Mahathir Mohamad’s United Malays National Organisation party. He’s already been beaten and jailed for six years after an earlier conviction for sodomy, but on his release he led the opposition to election gains in 2008. Now the defendant is back in court in an ongoing trial that he says is fuelled by the machinations of a “dirty and corrupt few” in current Prime Minister Najib Razak’s political coalition that’s been in power for more than 50 years. The government opposes Anwar’s democratic reform agenda. The sodomy allegations were made by Anwar’s young male former aide, who Anwar believes is a pawn in a conspiracy to prevent Malaysia taking a giant leap into a democratic future.

Haitians crack down on US missionaries over “orphaned” children

US Baptist missionaries in Haiti say they didn’t know they were doing anything wrong as they tried to take 33 children out of the country, after a magnitude 7.0 earthquake killed possibly hundreds of thousands of people. But now, Haiti’s prime minister has called them “kidnappers” who were completely aware of their actions when they tried to spirit the children to an orphanage in the neighbouring Dominican Republic. Haitian authorities say some of the children have living parents, and arrested the Americans on charges of child-trafficking. A Haitian judge will soon decide whether the five men and five women from Idaho have a case to answer.

Pope comes out swinging over equality law ahead of UK visit

The Pope wants British Catholic bishops to fight the country’s Equality Bill, saying it violates “natural law” that enables the Catholic Church to ban gays from the priesthood. In secular Britain, the Church’s notion of what’s natural and what’s not will be severely tested in the run-up to the first papal visit to the UK since 1982, after Pope Benedict XVI said legislation designed to achieve social equality had put unjust limitations on the freedom of religious communities to act in accordance with their beliefs. The fears of Catholic leaders go beyond the priesthood, though, as they worry the Equality Bill may force churches to employ sexually-active gay people and transsexuals when hiring general staff.

It’s not only George W. Bush who hampered stem-cell research. The BBC says experts in the field believe scientists within are preventing high-quality science from publication in journals. There’s nothing like an academic barney, so claims that a small group of researchers is deliberately stifling research that competes with their own projects, has echoes of the University of East Anglia climate-change row that rocked Copenhagen last year. Fourteen leading stem-cell researchers have written publicly to journal editors claiming scientific papers that are flawed or provide only modest technical inputs are published over papers detailing truly original findings. One eminent professor says editors publish a clique who thinks of itself as very important ahead of potentially world-changing research. Publishers say that it’s the editor’s responsibility to ensure that delays in publication are minimised. Peer review takes a lot of time, so this sounds like one more case of where the power of the internet has deeply compromised quality in favour of quantity, and commercial gain. But there are also huge ethical rows around stem-cell research, which makes it simple (and wrong) for editors to inject their personal bias into publication.