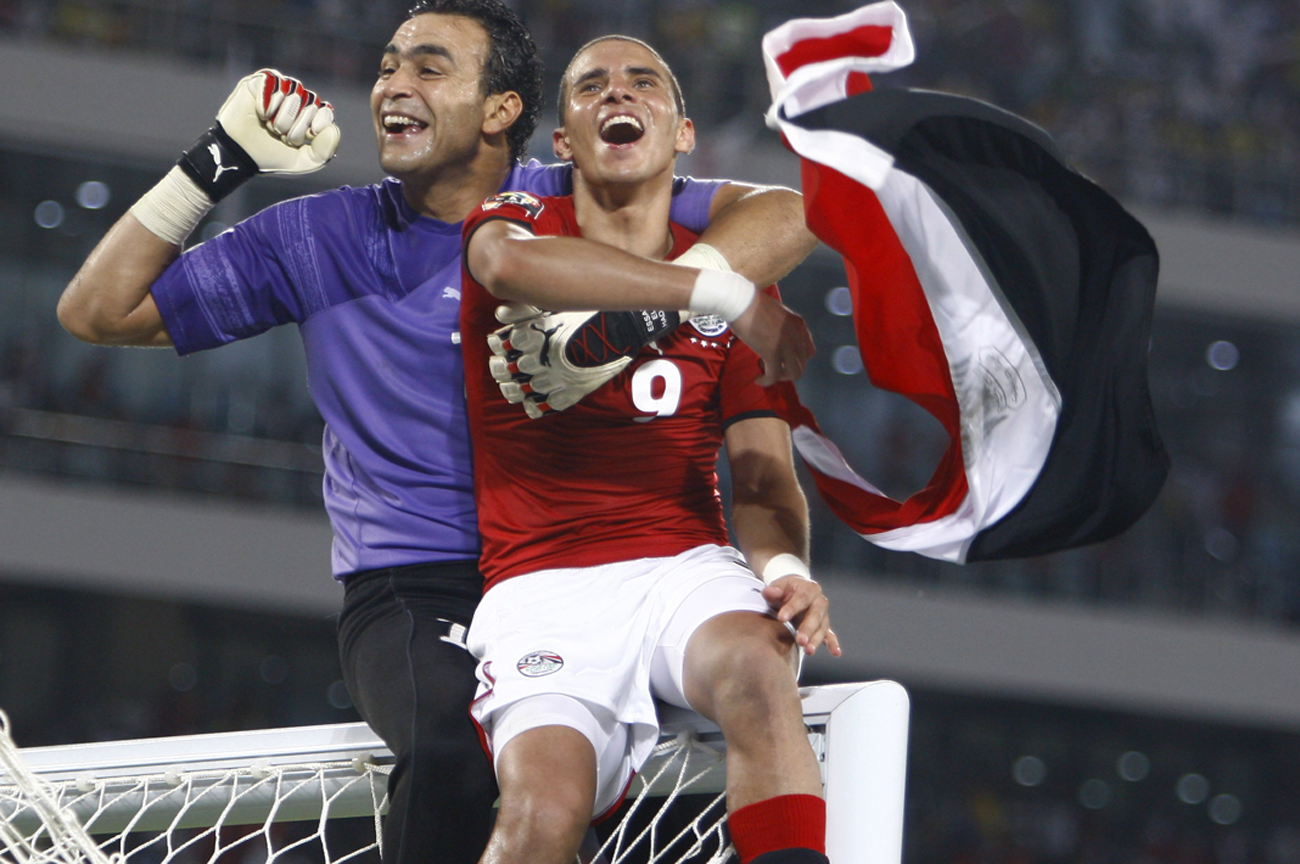 A tournament that started so badly it can only be said to have ended well, after Pharaohs won their record seventh Africa Cup of Nations title, beating Ghana 1-0 in Luanda. Last night's final was the 19th game they’ve won in succession in Africa Cups, another great record.

But their trophy in Luanda was probably the most difficult of them all. Despite the elation, there’s a lot of sorrow in African football at present. On 8 January, Cabinda separatists shot at the Togo team bus, killing members of their entourage and forcing them out of the tournament, despite the players wanting to return and honour their dead.

In the game that counted on the night, the only goal of the final came in the 85th minute. It was tense, and took until five minutes before time for Egyptian substitute Mohamed Gedo, the tourney’s top scorer, to shoot a brilliant goal past Ghana keeper Richard Kingson against the run of play. It’s a bummer the Pharaohs aren’t going to be in South Africa.

The Black Stars best spell came in the final 20 minutes, with a curling shot just over the bar, and one punched away by Egyptian goalie El Hadary. But it wasn’t to be, and Angolan security dampened the atmosphere after the match by preventing Egyptian players from celebrating with their own fans. The Ghanaians claim Angolans tried to disrupt their squad after an assault on Ghana’s iconic fan, Obuor, when security personnel broke his team’s ceremonial pot.

Angola wants to be seen as an emerging African giant after ending 26 years of civil war. It’s now the continent’s biggest oil producer and it threw huge sums of money at the Cup. But few will forget the Togo deaths.

It was a lousy beginning to a great year for Africa, despite Mali lighting up the Cup from the start by coming back from 4-0 against hosts Angola in the last 11 minutes. But now Confederation of African Football president Issa Hayatou is involved in a huge controversy after Togo captain Emmanuel Adebayor said he should resign following his “monstrous” decision to ban Togo from the next two Africa Cup of Nations.

That’s put the cat among the pigeons, for sure. The Africa Cup showed why Ghana joined Algeria, Cameroon, Nigeria and Ivory Coast in the last eight before being beaten by the Egyptians. Nearly all the best teams will be in South Africa playing their hearts out. But Togo surely doesn’t deserve this kind of treatment.