01 February: Brother Leader gives up fight to stay on a...

01 February: Brother Leader gives up fight to stay on as AU chairman 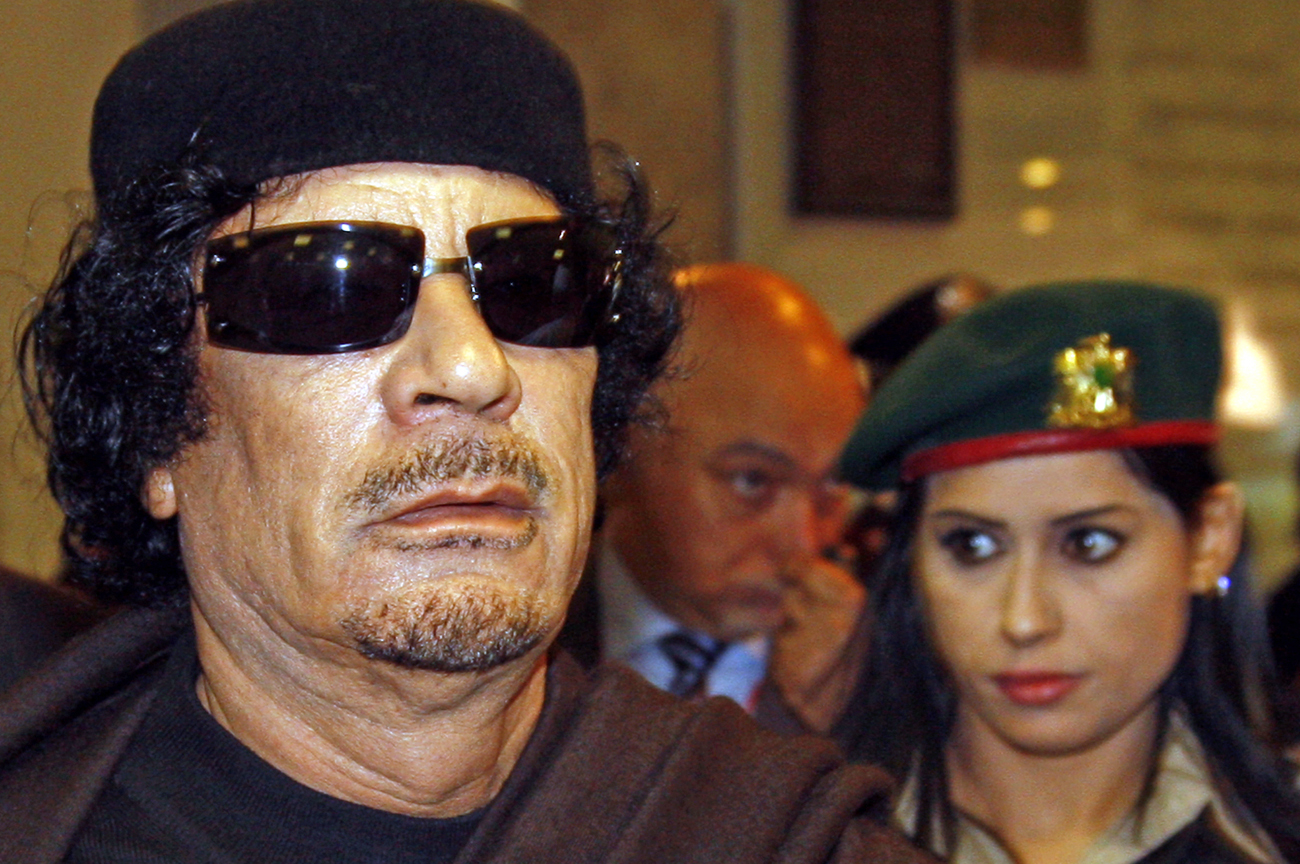 Brother Leader gives up fight to stay on as AU chairman

Ever since Libya’s Muammar Gaddafi rode into Durban for the launch of the African Union in 2002 with a huge entourage peppered with Amazonian female bodyguards, the 53-member body must have given a collective groan. The “Golden Leader” arrived complete with 60 armoured vehicles, guns and a container ship loaded with goat carcasses. Nearly eight years later, the Brother Leader and Guide of the Revolution has failed in his effort stay on as boss of the AU after his one-year rotating chairmanship juddered to a close. Now, you can hear the collective sighs of relief. Malawi’s President Bingu wa Mutharika succeeded him this weekend, and will continue to lead the process of Africa’s political unification. It’ll be a hard task. Gaddafi said in his farewell speech that running the AU was like building an atomic bomb (something Gaddafi has some idea about), referring to extremely long meetings that he said were really useless. Bro Leader is a seriously ambitious man. Last year, at a South America-Africa summit in Venezuela, he and his host, Hugo Chávez, called for an “anti-imperialist” African and Latin -American version of Nato, to stop Westerners from telling developing countries what to do. Perhaps a recent deal with Russia to supply Libya with small-arms, fighter aircraft, tanks and a sophisticated air defence system for $1.8 billion is part of this vision. Happily for many, sadly for journalists, Gaddafi is now out of the picture. Photo: Reuters.

Niger Delta rebel group decides not to mend its ways

The Movement for the Emancipation of the Niger Delta (Mend) said it’s ending a ceasefire it declared last year in return for a presidential amnesty. The amnesty promised thousands of fighters education and jobs, and a $10 billion capital injection into the local economy. Now, Mend says it doesn’t believe the government will give Delta residents a greater share of profits from oil resources, and warned major oil companies to prepare for what it called a renewed onslaught against installations and personnel. One faction of the group didn’t take the amnesty from President Umaru Yar Adua, but it’s not yet clear whether this is where the threat will come from. Yar’Adua has been in hospital in Saudi Arabia for more than two months being treated for heart problems. Since then, Nigeria’s notoriously corrupt political environment has started to unravel. Mend is known for kidnapping foreign oil workers and causing general mayhem among the pipelines that cross the Delta. The call for renewed war is bad news indeed.

Zimbabwe will take up a three-year term on the African Union’s peace and security council as reward for its power-sharing deal between President Robert Mugabe and Prime Minister Morgan Tsvangirai, joining new members Kenya, Burundi and Equatorial Guinea. The council tries to resolve conflicts between the AU’s 53-member states and has its work cut out from Madagascar to Mauritania and Guinea, all of which suffered recent coups. It would be nice to believe that Zimbabwe’s limited experience in restoring peace will give it currency on this body. But widespread violence in places such as Somalia, the Democratic Republic of Congo and Chad, and ongoing abuses in Zimbabwe itself, make the appointment purely symbolic.

Just as Sudan’s first democratic elections in 24 years looked to be gaining some traction, the national elections commission has rejected three presidential candidates, including the only woman, for the April poll. This adds new doubts over whether peaceful presidential and legislative elections will happen at all, after the country’s opposition accused the ruling National Congress Party (NCP) of registration fraud, intimidation and vote-buying. President Omar Hassan al-Bashir’s party says the candidates don’t meet the requirements to run for the presidency, whereby they need to garner 15,000 supporting signatures from 18 of 25 states. The opposition says the commission’s rules favour the NCP, which took power in a bloodless coup in 1989. The elections follow the ending of a 22-year north-south civil war, but a heightened pre-election security clampdown and bickering over how to share the nation’s oil wealth and resolve the conflict in the western province of Darfur, have cast a pall over whether the elections will be remotely free and fair.

China has joined international naval forces in fighting piracy off anarchic Somalia. Until now, the Chinese have protected their own shipping in the area, alongside the US, Nato and the EU forces. But pirates have begun striking far into the Indian Ocean, hijacking tankers and container vessels at a rate of knots. Observers say China’s cooperative presence will enable more naval ships to be diverted into the western Indian Ocean, where attacks are almost daily. The country will now take on the rotating chairmanship of the joint naval task force, which bolsters much-needed international collaboration in a region that ships more oil and gas than anywhere else in the world. There are fears that al-Qaeda might use proxies in Somalia and Yemen to render the waters around the strategically vital Suez Canal and the Straits of Hormuz a war zone.

Burundi has arrested more than a dozen military personnel for plotting a coup to overthrow President Pierre Nkurunziza ahead of June elections. Reports say the arrested soldiers are both Hutus and Tutsis, who fought a 12-year civil war that killed up to 300,000 people. Ethnic fear and loathing is still rife in the Great Lakes region, bordering the chaotic Democratic Republic of Congo, after Rwanda’s 1994 genocide killed nearly a million people in three months, and spilled over into neighbouring states. Authorities indicate more arrests will soon take place.

A Tunisian journalist convicted last year of assaulting a woman in public lost his appeal against a six-month prison sentence. Human rights activists say charges were fabricated to silence Taoufik Ben Brik for his criticism of President Zine El Abidine Ben Ali, who’s run the country for the past 23 years. Ben Brik is said to be in poor health. Tunisia has a plethora of media restrictions, despite claims to the contrary.