China to US: Stop selling arms to Taiwan. NOW.

China to US: Stop selling arms to Taiwan. NOW. 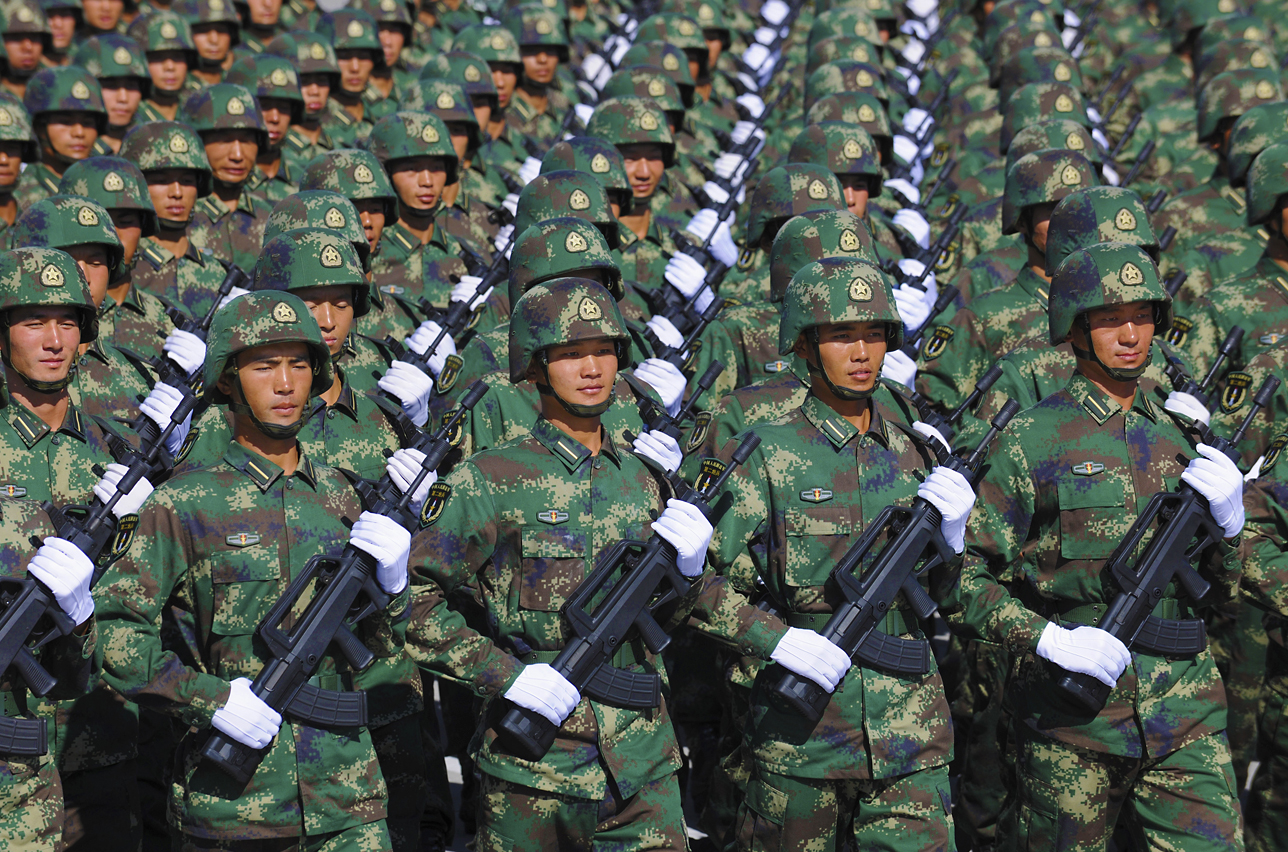 The US’s continuing support for Taiwan's separate existence has always been the issue that most troubled its relationship with China. And the latest $6.4 billion package of American military sales to Taiwan has the Chinese fuming and threatening.

Right after the announcement of the arms deal, China put its further military exchanges with the US on ice and invoked the possibility of sanctions against the American defence manufacturers connected to the military hardware sales to Taiwan. This latest arms package includes 114 PAC-3 missiles and related equipment worth more than $2.8 billion, 60 UH-60M Black Hawk helicopters at $3.1 billion, information distribution systems valued at $340 million, two Osprey Class mine-hunter ships worth $105 million and a whole bunch of other top-secret paper widgets.

This new package, rather than being an Obama-administration initiative, actually originates in the $11 billion arms deal made with Taiwan in 2001 by George W Bush’s administration. In fact, the entire arms sale has come in steps, in recognition of its political sensitivity in Taiwan, China – and in the US.

However, in response to this latest tranche, while a Chinese response was certainly expected, the actual rebuke came with unusual suddenness, say experts. China’s defence ministry called the sale a “severe harm” to larger US-China cooperation. And now the Chinese are postponing a range of planned mid-level talks on arms control and strategic security.

Defence analysts say these responses indicate China’s intention to challenge American actions in the most sensitive area of bilateral ties. For example, Stephanie Kleine-Ahlbrandt, northeast Asia project director for the International Crisis Group, says, “China is really looking to see what kind of reaction it’s going to receive from Obama on this”.

These latest circumstances come even as the US has been soliciting Chinese assistance on the global financial crisis and problems with both North Korea and Iran over nuclear weapons developments. But they also follow an acrimonious dispute about Internet freedom, as well as a range of earlier trade tensions and a proposed (and now postponed) meeting between the Dalai Lama and Barack Obama. Experts also note that the Chinese actions come in the wake of China’s less-than-subtle moves to define outcomes at the recent Copenhagen climate conference.

China’s deputy foreign minister He Yafei told American ambassador Jon Huntsman these latest sales to Taiwan would “cause consequences that both sides are unwilling to see”. That’s diplomatic-speak for “we are really, really pissed off!” While China has not previously imposed sanctions, it did cancel military ties with the US two years ago when the Bush administration announced a multibillion-dollar arms sale to Taiwan. Previously, however, China’s responses to sales to Taiwan have generally been simple grumbling.

Of course, the US is trying to put the best face on this newest wrinkle. A state department spokesman said the sales reinforce the region’s stability and that, while the Chinese obviously have a different view of things, “given our broad relationship with China, we will manage this issue as we have in the past”. Okay, problem solved. No, not really.

Describing the larger effect of suspensions of military relations, Phillip Saunders at the National Defence University in Washington said that “in the past, these kinds of suspensions have lasted for three to six months, with some parts of the military-to-military relationship suspended beyond that”, adding he expected something similar this time. However, looming in the background is also the question of what effect such actions may have on the planned visit of Chinese President Hu Jintao to the US later this year and a planned summit on nuclear safety.

There is also a question of how the Chinese might respond beyond these actions? According to some experts, the Chinese might well use these sales as a justification to accelerate its testing of weapons, building on its recent tests of an anti-missile defence system. Almost certainly now, this sales agreement will have a knock-on effect on upcoming visits to China by Pentagon head Robert Gates and Admiral Michael Mullen, chairman of the joint chiefs of staff, as well as an American visit by China’s chief of the general staff, General Chen Bingde.

The actual sale in question still needs congressional comments (congress has a month to do so), before the plan goes forward, but congress has traditionally and routinely supported such sales. Overall, the sale conforms to the 1979 Taiwan Relations Act requiring the US to provide Taiwan with the military hardware necessary to defend itself. Ironically, in the past two years, China – Taiwan political relations had actually improved under the presidency of Ma Ying-jeou. China, of course, asserts its long-held position that Taiwan is an integral part of the mainland state, that it might choose to invade the island to enforce this position. Perhaps most importantly, now China has about 1,000 missiles targeting Taiwan.

However, this most recent arms package did avoid the most difficult issues such as the proposed sales (but not accepted by the US) of the most advanced F-16 fighter jet version or the designs for diesel submarines to Taiwan, indicating a recognition by the US that some military hardware sales are more important (or provocative or threatening) to China than others.

Describing the broader implications of such disputes, national security advisor Jim Jones recently told an audience at the Centre for Strategic and International Studies, one of Washington’s premier think tanks, that the US is “bent toward a new relationship with China as a rising power in the world”. Jones’ formulation of US-China relations, in fact, calls to mind the parallel of Britain’s awkward relationship to Wilhelmine Germany and its push for “a place in the sun”. Britain was the preeminent, status quo power of the late 19th century as it sought to deal with a newly united, assertive, economically vibrant Germany after 1871. Such relationships do not always end happily, of course.

China’s quick-off-the-mark reaction to the plans to sell weapons to Taiwan seems in keeping with a new triumphalist attitude that, increasingly worries other governments and analysts. Observers see a toughening tone emanating from China’s government, its representatives abroad and analysts at its government-funded think tanks. At the 2009 World Economic Forum, for example, Premier Wen Jiabao lambasted the US for its economic mismanagement. A couple of weeks later the Chinese central bank publicly questioned if the dollar could or should continue as the international reserve currency.

Describing this pattern, Ken Lieberthal, a China specialist and former senior NSC official now at the Brookings Institution, says, “There has been a change in China’s attitude. The Chinese find with startling speed that people have come to view them as a major global player. And that has fed a sense of confidence.”

David Finkelstein of the Centre for Naval Analyses adds, “we will likely see a China that is more willing than in the past to proactively shape the external environment and international order rather than passively react to it”. China is asserting its right to a place in the sun – or reasserting one lost half a millennium ago with the rise of the West. And so, get ready for a whole wave of experts on China writing books, articles and think pieces describing the crucial challenges of a so-called “Wilhelmine China”.

You can bank on it.

For more information, read the Washington Post, the New York Times, the AP, plus a selection of some recent or older but prescient East Asian military security balance studies here and here.