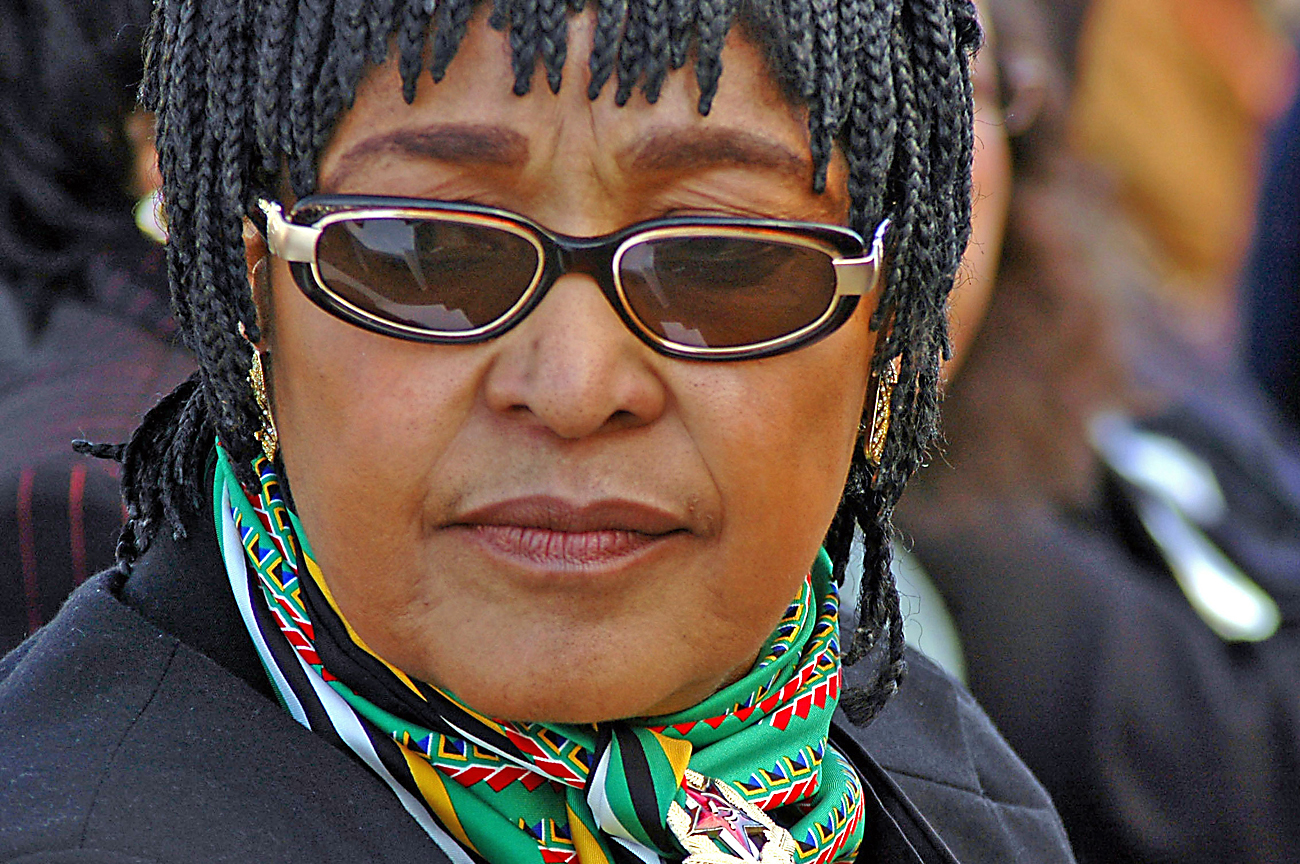 A lawyer’s letter republished in local newspapers on January 26th revealed that Winnie Madikizela-Mandela is less than happy about a Hollywood biopic on her life. Does the mother of the nation have a case?

In book publishing, it’s called an unauthorised biography. In countries where freedom of speech is part of the legal deal, it works like so – an author doesn’t have to approach his or her subject for permission to write one. South Africa is such a country, which is why Max du Preez didn’t need a signed consent form to publish “Louis Luyt: Unauthorised” in 2001. Back then, all du Preez needed to make sure of were his facts, because Louis, a proud man with a moerse bank account, would no doubt be itching for a chance to sue him into penury.

With Winnie Madikizela-Mandela and Darrell J. Roodt, South African producer and director of the forthcoming Hollywood biopic “Winnie”, the only thing that’s really different is the scale.

Winnie is a global figure, Louis was local; Winnie’s achievements and transgressions brought international attention to bear on Africa’s most famous liberation movement, Louis’s achievements and transgressions brought national attention to bear on South Africa’s most famous rugby union. Both had taken conscious steps to place themselves in the limelight, forfeiting thereby the full weight of their right to privacy; both were bound to be the subjects of intense biographical focus, whether they liked it or not.

Oh yeah, and both severely embarrassed Madiba in public. Louis, it will be vaguely remembered, hauled President Mandela into court to challenge his audacity to question him about racism in sport – the year was 1998, incidentally, and the event made constitutional history.

Sadly enough, hardly any South Africans need reminding about what Winnie did to humiliate her ex-husband. It was the subject of a special hearing at the Truth and Reconciliation Commission, and it ended with the “mother of the nation” apologising to Archbishop Desmond Tutu before the world’s media.

“I am saying it is true,” Winnie whispered into the microphone, with reference to the allegations that the Mandela United Football Club had kidnapped and murdered Stompie Seipei, and that she herself had been intimately involved. “Things went horribly wrong and we were aware that there were factors that led to that. For that I am deeply sorry.”

Thirteen years after the TRC hearing and it’s obviously this incident in particular that Winnie is “extremely concerned” about as regards Roodt’s film; above her friendship with murdered socialite Hazel Crane and her conviction for fraud, which was upheld by an appeal court in 2004, it’s the Stompie affair that’s really had a lasting affect on her reputation.

Which is conceivably why Winnie recently instructed Bowman Gilfillan, one of the country’s top-tier hotshot law firms, to draft a letter to Roodt expressing her displeasure. “It is difficult to understand how a production bearing the name of an individual who has not been consulted at all could ever be appropriate or tell the full story of that individual life as media reports suggest this production is intended to,” the letter read.

“This is certainly the case here, where our client has not responded to allegations and comment which have been made about her, precisely because she has sought to protect her sphere of personal privacy as best she can in extremely difficult and turbulent times.”

The thing is, on the Stompie affair at least, Winnie has commented. She may have repeatedly denied the allegations when first called to the stand in the TRC hearing, but in the end she apologised to Tutu, the country, and the world. While the TRC wasn’t a trial and Winnie wasn’t found guilty, her implicit acknowledgment of the incident, her willingness to say sorry, effectively put a full-stop on the whole sordid story – the mother of the nation, from her own mouth, had been an accessory.

Winnie’s chances of getting a judge to halt production of the film – if that indeed is her intention – aren’t great. She’s a woman with resources, sure, but she’s up against a film production company that can afford to cast Jennifer Hudson in the lead role. Even if she had a case, could she fund it?

Then there’s the question of what she could do after the film’s release. The general law in this country, as well as the United States, is that the subject of an unauthorised biography can potentially bring a lawsuit for any number of legal causes, including defamation, invasion of privacy, misappropriation of the right of publicity, copyright infringement, unfair competition and breach of confidence.

Does Winnie qualify on any of the above? If so, it would be very difficult and very expensive for her to prove.

The best she could hope for, perhaps, is that Roodt is true to his word – that he makes a fair and balanced picture, as he’s been promising he will. Anything less than that would be a travesty, because the truth about Winnie, the reason she’s such a compelling subject for a biography, the reason she can’t be compared to someone like Louis Luyt, is that – despite or perhaps because of her flaws – she was a giant of the liberation struggle.

If Roodt’s film is any good, then, in the same scene that he has Winnie (played by Jennifer Hudson) apologising for the Stompie murder, he’ll have Tutu (hopefully played by a South African) saying: “I acknowledge Madikizela-Mandela’s role in the history of our struggle… I speak to you as someone who loves you very deeply… There are people out there who want to embrace you…”