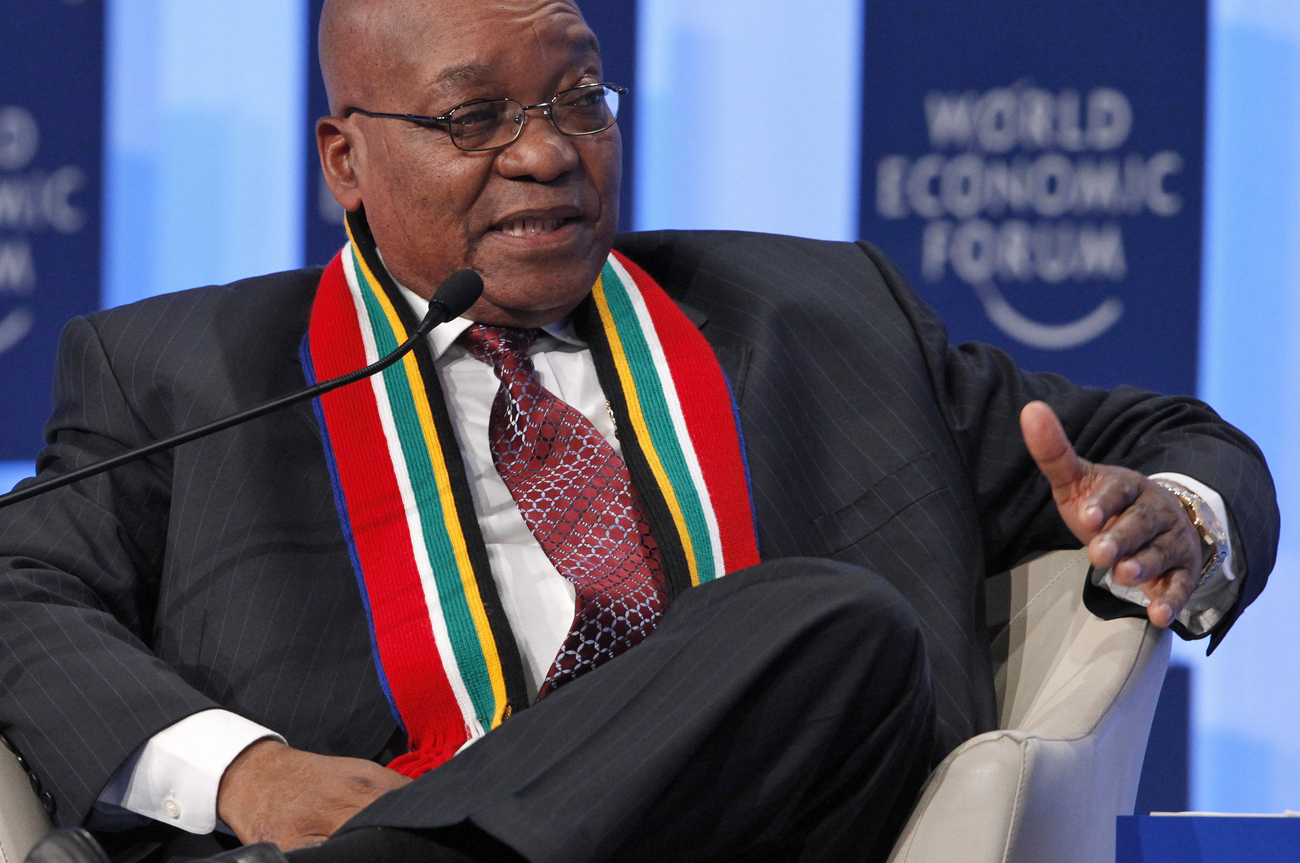 On the second day of the World Economic Forum in Davos, lead speakers included the new South Korean president Lee Myung-bak as well as former president Bill Clinton on the Haitian crisis. President Zuma did a lunch-time star turn as well.

At a mid-day briefing yesterday, aside from the usual boilerplate about the glowing possibilities of Africa and the guaranteed success of the upcoming FIFA World Cup, Zuma told his audience that, “Sound macroeconomic policies, an effective regulatory environment, and sustained political and social stability, continue to make South Africa a candidate for even greater and faster economic growth.”

“We’ll surprise you. The cup will remain in the borders of South Africa,” he said to laughter at a lunch with media. “We always rise to the occasion.”

Speaking today is the South Korean president, Lee Myung-bak. His country is the G20 Chair in 2010 and UN Special Envoy for Haiti Bill Clinton will chair a special session on how business can help Haiti in the aftermath of the earthquake.

On Wednesday, French President Nicolas Sarkozy had waged a metaphorical finger at a conference room filled with international bankers and CEOs, telling them exactly what they didn’t want to hear: Brace yourself for bonus curbs, tighter regulations and some serious new accounting rules.

Calling them “morally indefensible,” Sarkozy said some of the banking industry’s remuneration packages “will no longer be tolerated because they bear no relationship to merit,” and they are indefensible when companies that “contribute to destroying jobs and wealth also earn a lot of money.” On that note, according to press reports, one brave attendee was moved to applaud. One.

Sarkozy, having clearly gained the conferees’ attention, then went on to say, “By placing free trade above all else we have weakened democracy, because citizens expect from democracy that it should protect them. From the moment we accepted the idea that the market was always right and that no other opposing factors need to be taken into account, globalization skidded out of control”. Understood?

Bankers argued in response that any torrent of new regulations could choke off a still-hesitant global economic recovery. As Peter Levene, chairman of Lloyds Bank said, “Let’s get good regulation, better regulation, but not more regulation,” and Peter Sands, CEO of Standard Chartered insisted that the banking industry has already been “fundamentally changed” by tighter regulations and supervision. The chair of the Deutsche Bank chimed in that “we will all be losers” if there is too much of a clampdown on open markets. By contrast, Sarkozy said, “The signs of recovery that seem to herald the end of the global recession should not encourage us to be less daring. Rather, we must be even bolder.

Sarkozy’s speech this week represents quite a switch for a conservative politician who was a vocal proponent of freer markets when he ran for president in 2007, pledging to open up France’s financial and labour rules. But, that was then, this is now, apparently, and a lot has happened. Former president Clinton told the AP about his post-speech conversation with Sarkozy, saying, “We talked about how the 21st century economy needs balance, balance between finance and production, balance between government and the private sector, balance between the rich and the poor.”

Meanwhile, celebrity-scouting reporters noted that while US bankers and business people are much in evidence again in Davos, besides Rep. Barney Frank and a couple of other members of Congress, top American officials are pretty scarce on the ground this year. National Economic Council Director Larry Summers is expected towards the end of the week but it seems Undersecretary of State Robert Hormats may be the US’ highest ranking representative, aside from the FCC and FTC chairmen.