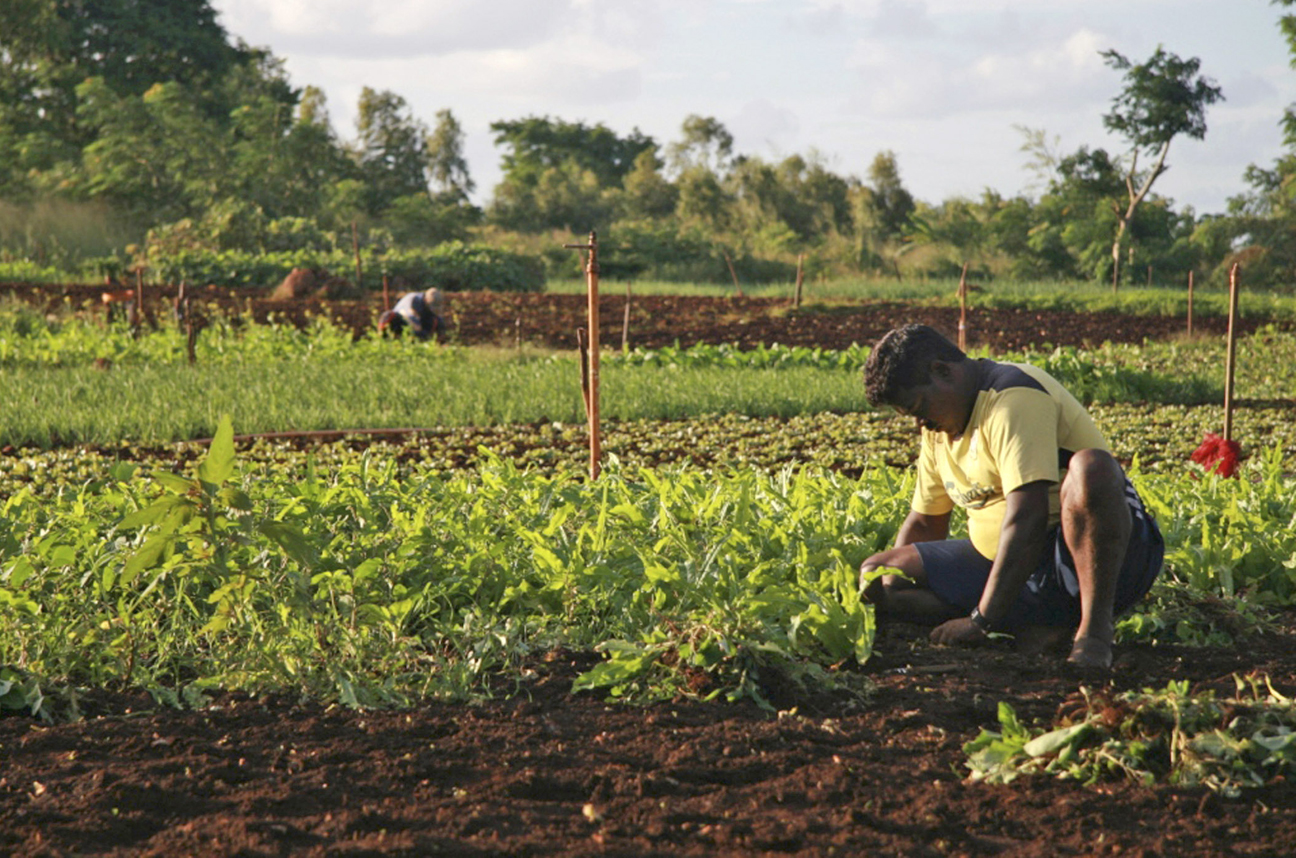 Mauritius wants investors to buy into a plan to lease 23,500 hectares (about 60,000 acres) of farmland in Mozambique, to ease growing food insecurity on the Indian Ocean island. It’s not the only country that’s doing this. South Korea and Saudi Arabia are among nations that are leasing land to grow food in places as diverse as Sudan and Madagascar, after food price hit record levels in 2007 and 2008, helping fuel inflation. Mauritius’s government has set aside money for food security in its 2008/2009 budget, and will take ownership of the leases before sub-leasing them to investors, if all goes to plan. South African farmers are also looking to Africa to provide greater food security for the continent, but there’s a lot of bureaucracy to be sorted out.

Photo: A Mauritian man tends to his vegetables in Terre Rouge. REUTERS/Ed Harris

There’s new horse-trading going on in Sudan in the run-up to a shaky election in April that’s part of a 2005 peace deal that ended a 22-year civil war between the north and south of the country. This week, former Sudanese prime minister, Sadiq al-Mahdi, stated he’d stand against current leader Omar al-Bashir as president n the poll. Mahdi was last elected in 1986, but was ousted by Bashir in a 1989 coup. Now, Bashir’s ruling National Congress Party says it won’t field a candidate against rival Salva Kiir for president of the semi-autonomous south. Observers see this as an olive branch to improve ill-feeling in a north-south power-sharing government that has yet to agree details of a planned 2011 referendum for secession by the oil-rich south, and security and constitutional arrangements around that.

The two-month absence of Nigerian President Umaru Yar’Adua, who’s in Saudi Arabia receiving treatment for heart problems, has caused a split between the country’s Cabinet and Senate over whether he’s capable of holding office. The Senate wants Yar’Adua to formally hand over power to Vice-President Goodluck Jonathan, but the cabinet fears this is a ploy to remove him from office. Yar’Adua’s illness has prompted three separate court cases against him, with cabinet having been given two weeks to pass a resolution on Yar’Adua’s fitness to govern. Yet another judge ruled that Jonathan could assume control.  But the lack of formal and written instructions in this regard has led to worries that the nation is facing a power vacuum, and thousands of protesters have already hit the streets of Lagos and the capital Abuja. Nigerian politics is complex and full of intrigue, and things could soon get out of control.

Niger sees greater hunger than in previous years, but is slow in admitting it

Half of Niger’s people will go hungry this year, bringing back memories of severe food shortages in 2005 that affected four million out of the nation’s 15 million people. This time round, an official government survey says nearly eight million will suffer food insecurity. The government has resisted foreign help so far, denying there might be famine until media coverage attracted international attention. The largely rural and agricultural West African desert state only has uranium exports to sustain it, but with farmers producing 26% less food in the current harvest, it may soon need help.

The trial of Zimbabwe’s Movement for Democratic Change party treasurer Roy Bennett is not going all that well for the state, after the chief witness for the prosecution told the court that Bennett wasn’t part of a plot against President Robert Mugabe. Bennett was supposed to have been sworn in as a deputy agriculture minister in Zimbabwe’s shaky coalition government, but Mugabe’s Zanu-PF had earlier charged him with illegal possession of arms for purposes of committing terrorism, banditry and sabotage, which could lead to the death penalty. Bennett denies the charges, which include claims that he tried to assassinate Mugabe. Earlier this week, a key state witness, Peter Hitschmann, said Bennett had nothing to do with an anti-government plot, but his evidence was then struck from the court. Hitschmann has now overnight become the key defence witness. It looks like the government’s case is beginning to unravel, but that means little in Mugabe’s Zimbabwe. Hitschmann even told the court he was tortured by state security agents to implicate Bennett. The farce continues.

Eritrea claims that UN sanctions won’t affect its economy, after the world body slapped an arms embargo and imposed travel restrictions and asset freezes on some of the country’s top officials for allegedly supporting Islamist rebel groups in chaotic Somalia.  The UN says Eritrea’s population of five million has one of the highest numbers of people leaving any country not at war, because of massive poverty and conscription into the country’s armed forces. The nation has fought numerous border wars with its much bigger Christian neighbour Ethiopia, leaving its economy reliant on cash remittances from the diaspora in Europe, the US, the Middle East and Africa. The oppressive regime denies that those who leave the country are doing so because of political persecution, saying they’re only seeking economic opportunities in greener pastures. The government also denies it helps radical Islamists in Somalia, but that hasn’t prevented the African Union, which has some 5,000 peacekeepers in the Somali capital of Mogadishu, from suspending it.