Obama looks to put the fire & passion back into his pre...

Obama looks to put the fire & passion back into his presidency 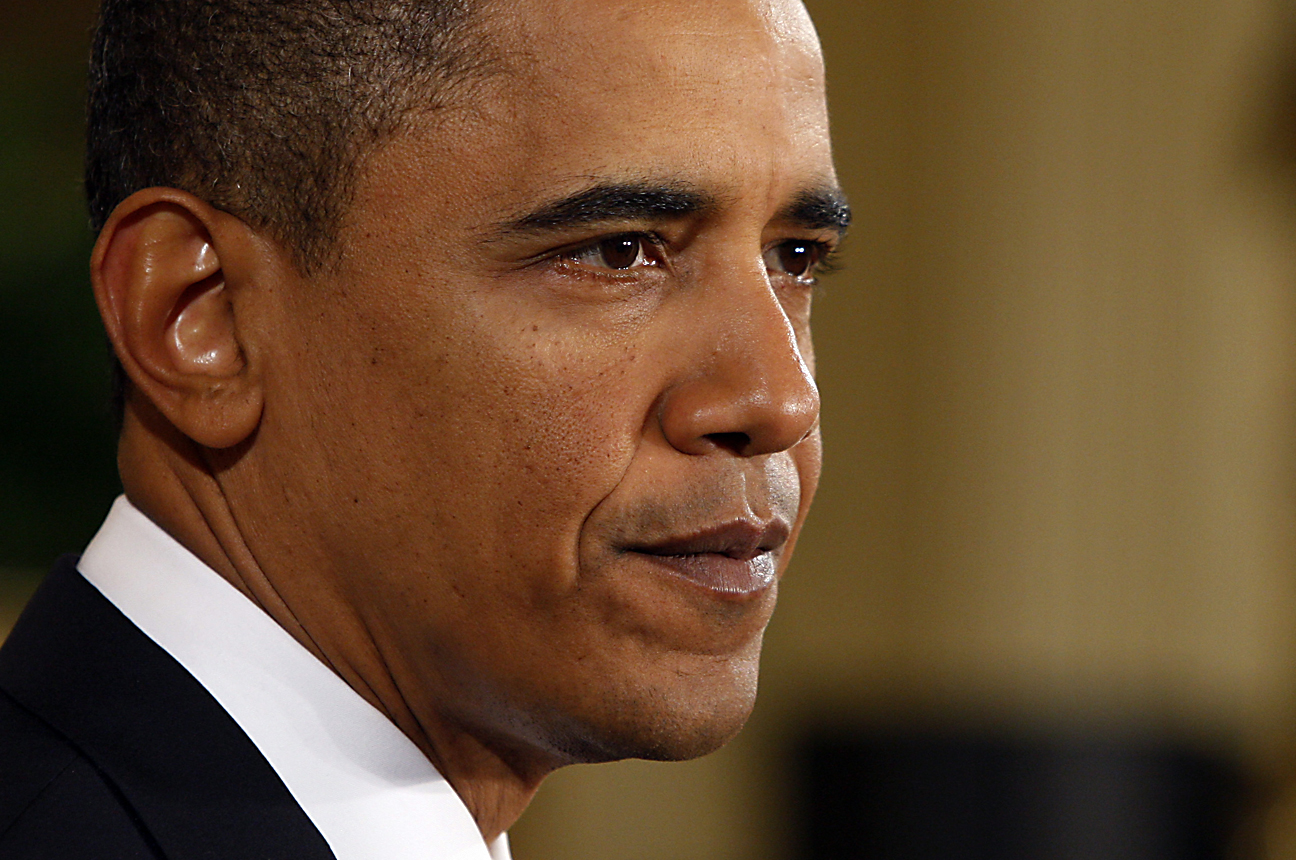 On the eve of his second State of the Union address, US President Barack Obama is putting the finishing touches to the speech that may define the rest of his first term. Here's what he’ll probably say.

On Wednesday evening, the House of Representatives’ sergeant at arms will call out, “Madam Speaker, the President of the United States”. After that, Nancy Pelosi will invite Obama to address the joint session of the Senate and the House of Representatives, the Supreme Court justices, his cabinet (minus one member who stays away – just in case of a catastrophe in the Capitol Building), invited guests, the press, and millions more watching on television around the world. By all accounts, Barack Obama will be aiming to deliver the speech of his life to put the fire and passion back into his presidency.

This speech comes just days after the Democrats’ defeat in the Massachusetts special election that filled the late senator Ted Kennedy’s seat with Republican “insurgent”, Scott Brown. Tonight’s speech may be Barack Obama’s truly defining moment as president – even more than the 2004 Democratic convention speech that brought him to national attention, or his eloquent speech on race or even his inauguration address last January.

Key to the contents of this speech will be Obama’s effort to repackage his legislative agenda as a plan that will simultaneously re-energise the economy, cut budgetary red ink and strengthen the nation’s antiterror defences. While the Obama administration has already distributed substantial economic stimulus funding, the country has shed some 7 million jobs over the past two years, unemployment remains at 10% and government red ink in its budget now stands at $1.7 trillion.

According to administration insiders, Obama will use this speech to say he will be fighting for struggling families and against the special interests; he relates in a very personal way with American families’ everyday concerns; yes, he’s made some errors, but these will not mean he will put aside his agenda for improving health care and education; and creating energy alternatives, improving education and reforming immigration are all woven together as a way to deliver the changes he promised during the campaign.

One anonymous White House official pointed to the “sandwich generation” as a key target for the administration’s new emphases. These middle-class families are sandwiched between sending their children to college and caring for their elderly parents. Obama will highlight these families as a way of showing he understands the economic pain of ordinary Americans. Specifically, to address these concerns, Obama plans to make new proposals that will include larger tax credits for retirement savings and funding to help families care for elderly relatives.

But he will also be arguing that change is an essential part of putting the economy back on its feet and creating jobs. Or, as Obama himself said in an interview on ABC News, “If we don’t get that stuff right, then it’s going to be very difficult for us to answer the anxieties that people feel over the long term.” On his much-discussed health care reform package, Obama added, “We have to move forward in a way that recaptures that sense of opening things up more.”

Obama’s chief political adviser, David Axelrod, says the president will focus on job-creating plans because the White House takes only “cold comfort” that the stimulus programme saved about 2 million jobs. Axelrod says the administration is in sync with the public’s “consternation” with the financial sector, which received publicly paid-for bailouts, but now has large profits and is making enormous bonus pay-outs to its managers.

As planned, while this speech will be dominated by domestic and economic issues, Obama is expected to speak directly on dealing with terrorism globally, the continuing efforts in Afghanistan and Iraq, the nuclear and related disputes with North Korea and Iran, his administration’s efforts in Haiti and the ongoing issue of rebuilding America’s image internationally.

In recent years, certainly, State of the Union speeches have been a litany of programmes to be proposed, manifestos to proclaim and doctrines to set out. In more difficult times, the speech becomes a way of staking out what must be defended – of frank talk to the nation and beyond. This time around, Obama’s job is to communicate that he hears and feels the pain of average citizens and to accept that a broad, expansive social agenda may now be overambitious or inappropriate for these straitened times.

Obama was a skilled high school basketball player. In this speech we should expect a masterful pivot, changing speed and direction. Administration officials have been fanning out across the country, signalling the expected shifts in Obama’s policy agenda, and the smart money says he will emphasise that he has heard the heartland speak and his administration is going to respond effectively, vigorously and decisively.

The State of the Union is an annual address presented by the president of the US to congress. The address not only reports on the condition of the nation, but also allows the president to outline his legislative agenda and national priorities. The report does not have to be a speech. In fact, between Thomas Jefferson and Woodrow Wilson, presidents made their reports in writing. Wilson revived the tradition of delivering it in person.

Specifically, the presentation is to conform to Article II, Section 3 of the Constitution that says, “He shall from time to time give to Congress information on the State of the Union and recommend to their consideration such measures as he shall judge necessary and expedient.”

Since 1934, the message or address has been delivered to Congress in January or February. Today, the speech is typically delivered on the last Tuesday in January

Quotes from previous State of the Union speeches

“The dogmas of the quiet past are inadequate to the stormy present… we must disenthrall ourselves, and then we shall save our country”

“In the future days, which we seek to make secure, we look forward to a world founded upon four essential human freedoms: freedom of speech, freedom of worship, freedom from want and freedom from fear ”

“We strive for peace. And sometimes peace must be defended. A future lived at the mercy of terrible threat is no peace at all. If war is forced upon us, we will fight in a just cause and by just means – sparing, in every way we can, the innocent ”