27 January: US Congress to hear why AIG bailout terms s... 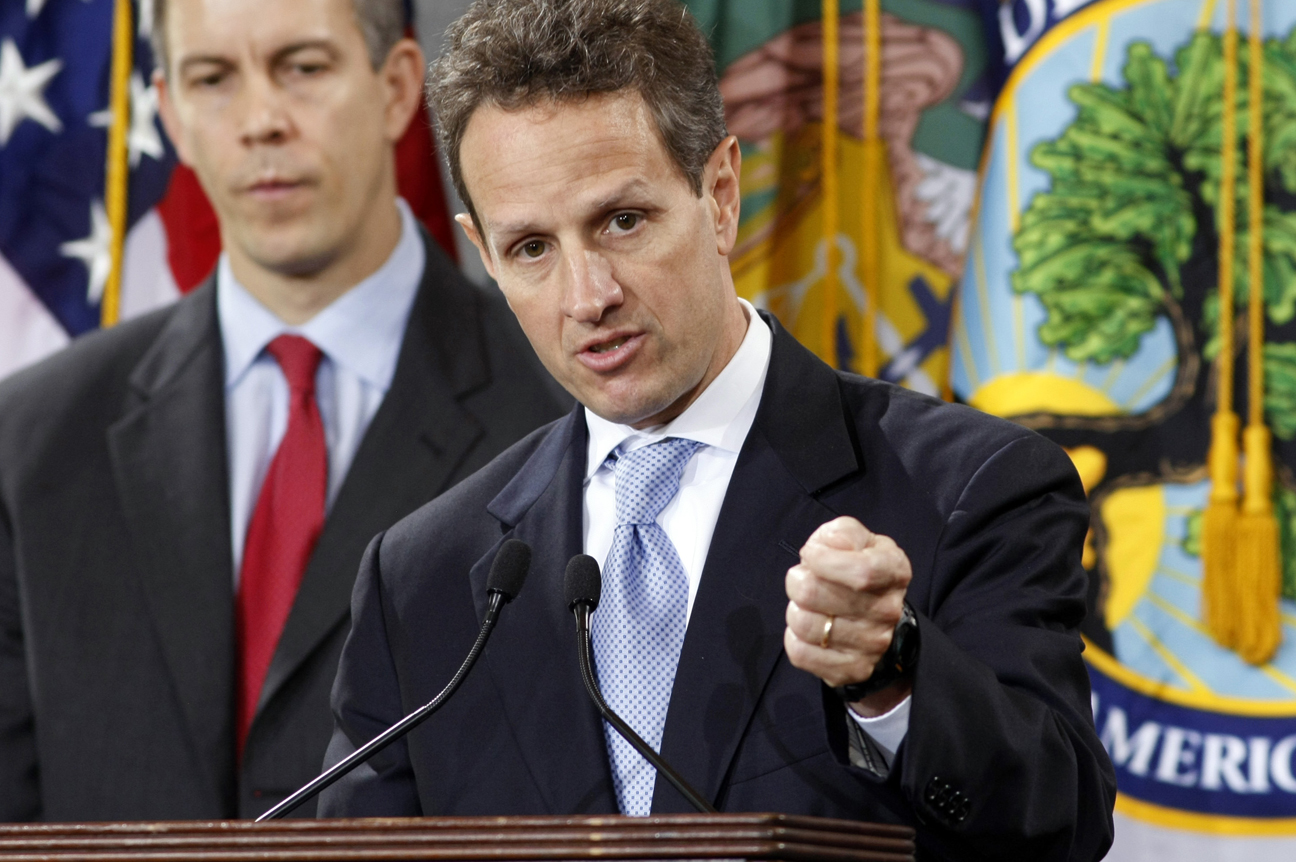 US Congress to hear why AIG bailout terms stayed secret

A congressional hearing is set to officially learn that New York’s Federal Reserve helped American International Group keep its bank counterparts confidential after it received the lion’s share (some $180 billion) of the US emergency corporate bailout. But the NY Fed says it wasn’t party to pressuring the ailing insurance giant for secrecy over the matter. It says it agreed to confidentiality to preserve the value of taxpayer assets when it made controversial decisions in late 2008 to allow AIG to make some $62 billion in payments to the nation’s big banks to settle debt obligations. The banks had also received billions in taxpayer money from the country’s $700 billion economic rescue package, leaving the public aggrieved that their cash was not properly accounted for. Timothy Geithner, a former NY Fed president, is now the US treasury secretary. He was deeply involved in AIG’s bailout, and the paying of bonuses while the company was toppling. So he’s answering for that. Photo: Reuters.

China’s ugly spat with Google over hacking and censorship has forced it to step back and allay fears over curbs on Google’s phone technology. The tensions between the Chinese and the world’s largest search engine have now spilled over into broader economic relations, with US business wanting Washington to face up to what it calls “alarming” measures against foreign technology firms in China. Google threatened to exit the world’s largest Internet market of some 350 million users, along with its burgeoning and allied cellphone potential, after it essentially accused Chinese authorities of being complicit in hacking into its accounts and those of about 30 other large foreign companies. This has further ratcheted up ill feeling caused by China’ refusal to strengthen its yuan currency and US arms sales to its bitter rival Taiwan. China’s officials now say that Google can pursue its Android mobile phone platform in that market, saying there’ll be no restrictions if it sticks to the rules of China’s telecoms environment.

US budget deficit to stay well above unwieldy trillion-dollar mark

The US Congress expects the nation’s budget deficit to hit $1.35 trillion this year, which is marginally better than the record $1.4 trillion in 2009. This amounts to just shy of 10% of gross domestic product, and is the biggest deficit since the end of the World War II. At least the Yanks were manufacturing and blowing things up for democracy 65 years ago. Now they’re just blowing themselves up for entirely different reasons, not least that they buy most of China’s manufactured goods. That’s led to seriously lopsided market economics with the Chinese using the profits to buy US debt and not returning the favour by buying voluminous amounts of US exports. President Barack Obama will focus on domestic issues in his State of the Union address today, but many of the country’s woes are driven by its unequal economic relationship with China.

North Korea sent more artillery in the direction of its estranged neighbour in the south, after an initial exchange of fire along a disputed naval border with South Korea raised regional security tensions. The North says the earlier act was just a routine military drill, and that it’s going to send more shells into waters inside its territory. The South Koreans won’t confirm whether the exchange happened or not, and no casualties have been reported (an event that would change the picture entirely). Its uniquely Stalinist neighbour usually fires short-range missiles into the sea towards Japan and subsequent tension is par for the course. This helps North Korea sound like a barking dog and reminds the world that it’s still there. Otherwise everybody would forget.

Fears of a double-dip recession are alive and well, especially as China’s booming drive out of recession is far from being sustainably assured. To this end, Japan’s Nikkei stock average has fallen 0.7% to a five-week low, with its exporters hampered by a stronger yen. The Japanese are closely watching for a US Federal Reserve policy announcement and will be scrutinising the substance of President Barack Obama’s State of the Union address. Most of all they’re keeping an eye on China’s efforts to rein in a credit spree, which has heated its red-hot property market to near-boiling point. Japan is also about to enter earnings season for its large multinationals and, although hopes are high for better revenues and profits, it’s export-led economy is still in the doldrums from the strong yen, deflation at home and somewhat negative sentiment towards the country’s brand new government, whose economic credentials are as yet untested.

The UN has taken five former Afghan Taliban officials off its sanctions list after US and Afghani officials made noises about striking up relations with the enemy. Ever since the Taliban refused to hand over Osama bin Laden to the Americans when the World Trade Centre towers went down in 2001, they’ve been linked to al-Qaeda, which prompted the US to invade Afghanistan. The UN has now lifted a ban on international travel by the former Taliban officials and has unfrozen their assets. They include a former Taliban foreign minister, who was around at the time the group was shelling priceless Buddhist statues, claiming there was no god other than Allah. That stopped when the Americans invaded and effectively assumed governance of the country, but it’s been bloody from there on in.

US does covert operations in Yemen

There’s substance to President Barack Obama’s claim that under his watch, the US has been much more effective in combating al-Qaeda than George W Bush ever was. Reports say Obama approved secret joint US military and intelligence operations with Yemeni counterparts even before a Nigerian-born underpants bomber tried to take out a jet over Detroit. The secret liaison led to the deaths of six regional al-Qaeda leaders, after the president okayed a strike against a compound where a US citizen, Anwar al-Aulaqi, was said to be parlaying with al-Qaeda bosses in the region. He wasn’t killed, but is now on a US hit-list. The US says it only plans and provides weaponry for the raids in Yemen and shares ultra-secret intelligence analysis. Yemen is trying to limit the fallout at home from this covert cooperation with the “Great Satan”, saying the forces of McDonald’s are not going to be landing on the beaches anytime soon.