World’s greatest true celebrity show about to start i... 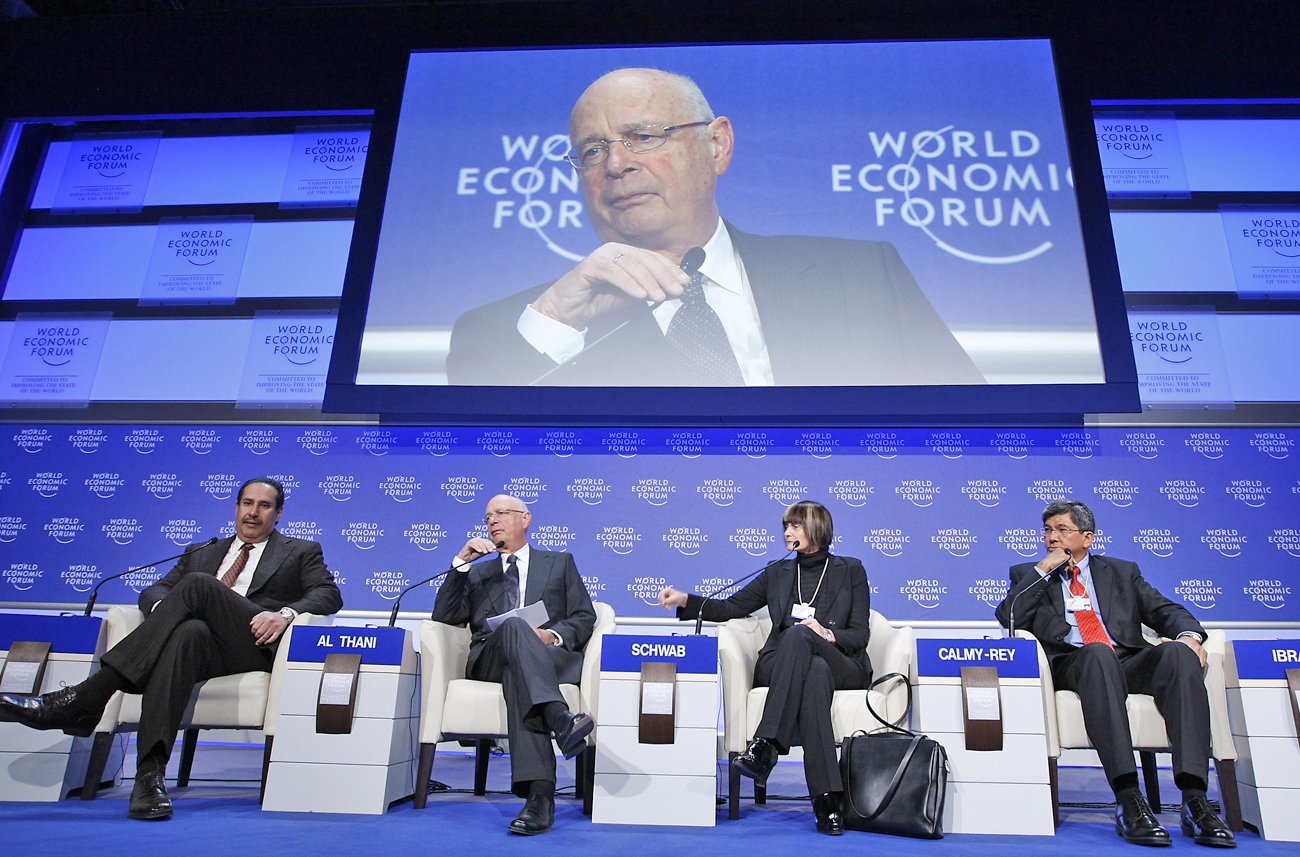 On Wednesday, for the 40th year in a row, a horde of political, economic and business leaders from around the world – including Jacob Zuma and a planeload of South Africans - plus government folks from 90 other countries will gather in a picturesque Swiss valley for the latest meeting of the World Economic Forum.

This five-day gaggle is the brainchild of Klaus Schwab, the German-Swiss economist-engineer who first started planning a gathering of European senior managers at the end of the 1970s. This year, 55 heads of state and 2,500 “others” are set to overwhelm the Swiss skiing town of Davos.

The WEF’s purpose is to improve the world through the kind of global cooperation that draws together “stakeholders from business, government, the media, science, religion, the arts and civil society to collaborate as a true community”. Sounds like the kind of mission statement a company facing major market pressure would sweat out at a fancy off-site venue to reposition itself against its shark-like competitors. And, in a way, that’s just about what the World Economic Forum is. Now more than ever, after two years of global economic and financial near-collapse, Davos will still be a big party, but it will also be a chastened gathering trying to figure out what’s next.

Half a decade earlier, the WEF was celebrating the wonders of global capitalism, the astonishing growth of China and the other BRICs, and even the tantalising possibility the world economic system had vanquished, or was about to vanquish, global poverty. By last year, however, the WEF was taking the pulse of the global economy in something akin to a death watch.

This year, the mood of its organisers clearly remains sombre. Instead of a cheerleading session, this year’s meeting is entitled: “Rethink, Redesign, Rebuild” and global “machers” and wannabe “machers” will have an array of more than 200 separate lectures, speeches and panels to explore WEF’s version of the “Three-Rs”. This is a reformist agenda rather than a triumphalist one – pretty much everyone agrees there’s a lot that needs to be reformed, not least the global financial services industry. The WEF is not, of course, about solutions; rather it is a hothouse for the synergies and synchronicities so beloved of global planners and scenario designers.

In common with the rise of the non-western economies, a growing number of the WEF’s sessions will be devoted to these economies, including a keynote speech by South Korea’s President Lee Myung-bak on the 28 January. (Lee is also chairman of the G-20 this year and South Korea is set to host the group’s summit.)

This year’s WEF will also highlight the fact that the different parts of the globe have had some very different experiences since the economic crisis began, and analysts predict the different parts of the world will have some uneven recovery cycles. Hardest hit were the Western countries, while many Asian nations only had a modest downturn and a brief slowdown in growth rates. The uneven recovery will have major effects on the flow of capital, investment and growth as a result.

While the WEF will generate enough food for thought on these questions to keep thousands paying attention, the world will still intrude. Tech leaders will be watching for the mooted debut of Apple’s tablet computer, others will pay attention to former UK prime minister Tony Blair’s testimony at the Iraq inquiry on Friday – and probably everyone will pause for an hour to watch US President Barack Obama’s State of the Union speech on Wednesday night, especially for more detail on his proposals for banking reform and re-regulation that will undoubtedly affect the discussions for the rest of the Davos meeting.

Amid the economic angst, however, the eponymous “Davos man” still gets a bit of a mind-stretching workout. Attendees can still listen to discussions on “Life on Other Planets – How will space research redefine life as we know it”, “Healthy Eating” workshops, “Business Solutions for Rural Poverty” and “Rethinking Risk in the Boardroom”.

And for some there may even be time for some power skiing on the surrounding slopes. But the fundamental reason for coming to Davos remains the same for most attendees – serious networking with more than 2,500 of the world’s movers and shakers.

In the glitzy boom times, Davos attracted entertainment celebrities like Angelina Jolie and Brad Pitt (although they couldn’t come as a couple now, anyway, could they?), or Claudia Schiffer or Sharon Stone. The real draw of Davos this year will be participants such as Nicolas Sarkozy, Microsoft co-founder Bill Gates and Google chief executive Eric Schmidt. Besides these folks, current cultural A-listers scheduled to attend include Chinese pianist Lang Lang, writers Margaret Atwood and Paulo Coelho and “Avatar” director James Cameron. They would still be nice to see and hear in action.

But WEF’s success means it now has challengers as the most popular international economic conference. According to a newly released survey by public relations firm Weber Shandwick, former president Bill Clinton’s philanthropic summit, the Clinton Global Initiative, was the most popular event for CEOs in 2009, and the WEF was only number four. Number two was the Chief Executives Club of Boston’s “Five-Star Conference” and The Wall Street Journal’s CEO Council was number three.

Barbara Kellerman of Harvard University’s Kennedy School of Government, explains that Clinton’s meeting works so well now because, “He’s got a wonderful mix of both celebrity status and he is a former American president. And, at least for the moment, he is married to the secretary of state. [and] it helps that the Clinton Global Initiative is associated with doing good much more than the World Economic Forum, which has been the subject of protests in recent years.” Maybe this explains why the WEF has just announced that, in addition to its usual programme, it will now have special sessions on the Haiti crisis added to the schedule at the last minute.

Most popular or not, it is still hugely important and The Daily Maverick will be bringing you daily reports from Davos. Enjoy the ride.

For more, read the BBC, the Telegraph, Reuters, the WEF website