Analysis: Bishop Paul Verryn and the dangers of speaking truth to power 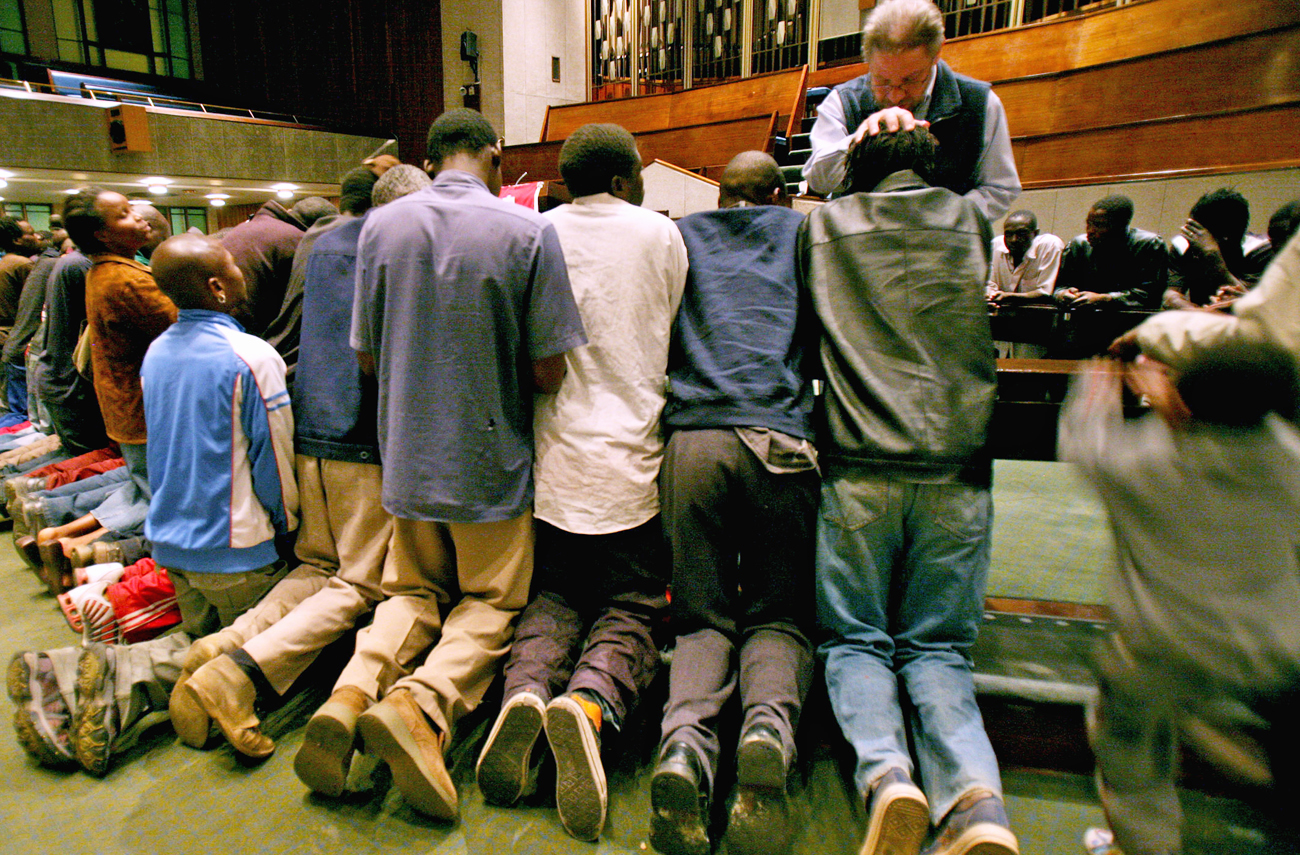 He has a history of speaking when nobody else will, of acting when others appear to stand idle. For his trouble, he’s been maligned by government, police, church leaders and the media since long before the ANC became the government. Now, it seems, the only friends he has left are on Facebook.

In late May 2008, Bishop Paul Verryn spoke at the “Colloquium on Xenophobia and Violence” at Wits University. The attacks were still a festering wound in the country’s consciousness – the image of the “burning man” had appeared on our papers’ front pages not ten days before – and there was a real sense of anger and fear in the room. Verryn, who spoke last in a line-up that included a number of prominent academics and journalists, captured the mood better than anyone.

“I’ve been asked to speak about xenophobia and ethics,” he began. “Community ethics. As if there was such a thing. Aren’t community ethics a little bit like looking for an honest politician?”

Two minutes into the address, the bishop’s veiled assault on the representatives of state became more manifest. “When you have a police force who are as rigorous, I mean, they really are amazingly rigorous, still they’re rigorous about if they catch you with an asylum paper, what a joy to have you charged, criminalised… And so when one’s talking about ethics, one is talking about a system of values in this instance that does not fit what our constitution says.”

Finally, near the end of his speech, referring to what he saw as the “planned nature” of the attacks, Verryn really let the ANC government have it. “So it began three years ago in this country. Apparently four months ago [minister of intelligence] Ronnie Kasrils knew about it. I’ve got a document that speaks of meetings that took place in Ulundi with some fairly senior cross-pollinated politicians and organs of state, which have brought…which have made this thing happen.”

Not the sort of statements that will endear you to the powers-that-be, right?

Bishop Paul Verryn, whatever else you might want to say about him, has a long history of speaking up despite the consequences. In 1989, it will be remembered, he and Bishop Peter Storey approached Mananki Seipei to tell her that her son Stompie had been taken from the Johannesburg Methodist Church to Winnie Mandela’s house, and that the boy had been missing for almost a month. As Verryn must have known, it wasn’t a good time to be making accusations against the “mother of the nation”.

At the Truth and Reconciliation Commission hearing into Stompie’s murder some eight years later, Verryn was rewarded (once again) for his efforts. The old cover-up story was wheeled out and presented to the global audience – members of the Mandela United Football Club had to kidnap Stompie from the church because Verryn was sexually abusing the boy, you see, and because he was an informer.

It took Azhar Cachalia, a former leader in the United Democratic Front, to eventually insist that Verryn had been framed, and that not even Oliver Tambo or Nelson Mandela could bring Winnie to heel. As Antjie Krog wrote of the hearing in Country of My Skull: “For the past eight years, as Bishop Storey puts it, it has not been possible to mention Paul Verryn in this country without conjuring up the idea of sodomy, rape and sexual abuse.”

And now, to our eternal shame, South African media is reviving these hollow and gutless claims. On Friday 22nd January, News24 ran a piece by SAPA that mentioned a National Prosecuting Authority report into allegations of sexual abuse at the Johannesburg Central Methodist Church. “[NPA spokesperson Mthunzi Mhaga] could also not be drawn to indicate if the suspension of Bishop Paul Verryn on Tuesday had anything to do with the NPA report,” the fourth paragraph of the piece read.

A Rhodes University journalism lecturer posted a link to the article on Twitter, calling it a case of “reprehensible media innuendo”. He was right, but News24 and SAPA aren’t the only organisations taking such cheap shots – many South Africans are to blame for Verryn’s current position, including those official bodies that chose not to take responsibility for 2008’s beleaguered refugees while the bishop himself did.

Officially, it’s still unclear what Verryn was suspended for a week ago today. The process is internal to the Methodist Church itself, and church leaders will not divulge any details. What is known is that the Central Methodist Church has given refuge to thousands of displaced foreigners since the May 2008 attacks, that this has created tension between Verryn and government, police and church authorities, and that last year, following reports of sexual abuse amongst the refugees, Verryn launched a court application to have a curator appointed for children staying at the church.

According to SAPA, “The application followed ongoing wrangles between the church and the Gauteng government, which accused Verryn of refusing to co-operate with social workers who had wanted to move the Zimbabwean children to proper homes and shelters.”

As legal resource centre attorney Jason Brickhill said at the time, however: “Bishop Verryn believes that it is essential that someone sufficiently experienced and independent be formally and legally empowered to protect the best interests of the children, to represent their best interests in negotiations with government and investigate the best options available.”

In May 2008, during the worst week of the xenophobic violence, I visited the Central Methodist Church to conduct research for a book I was then writing. The conditions weren’t ideal – it was overcrowded and dirty, and the stairwells smelt of urine – but every person I spoke to was intensely traumatised by what was going on outside, and intensely grateful to Verryn for providing a safe haven. Many of these people have since signed their names to the “Friends of Paul Verryn” Facebook page, an initiative founded on January 23rd.

At the time of writing, the page has accumulated 465 fans. My name is one of them.