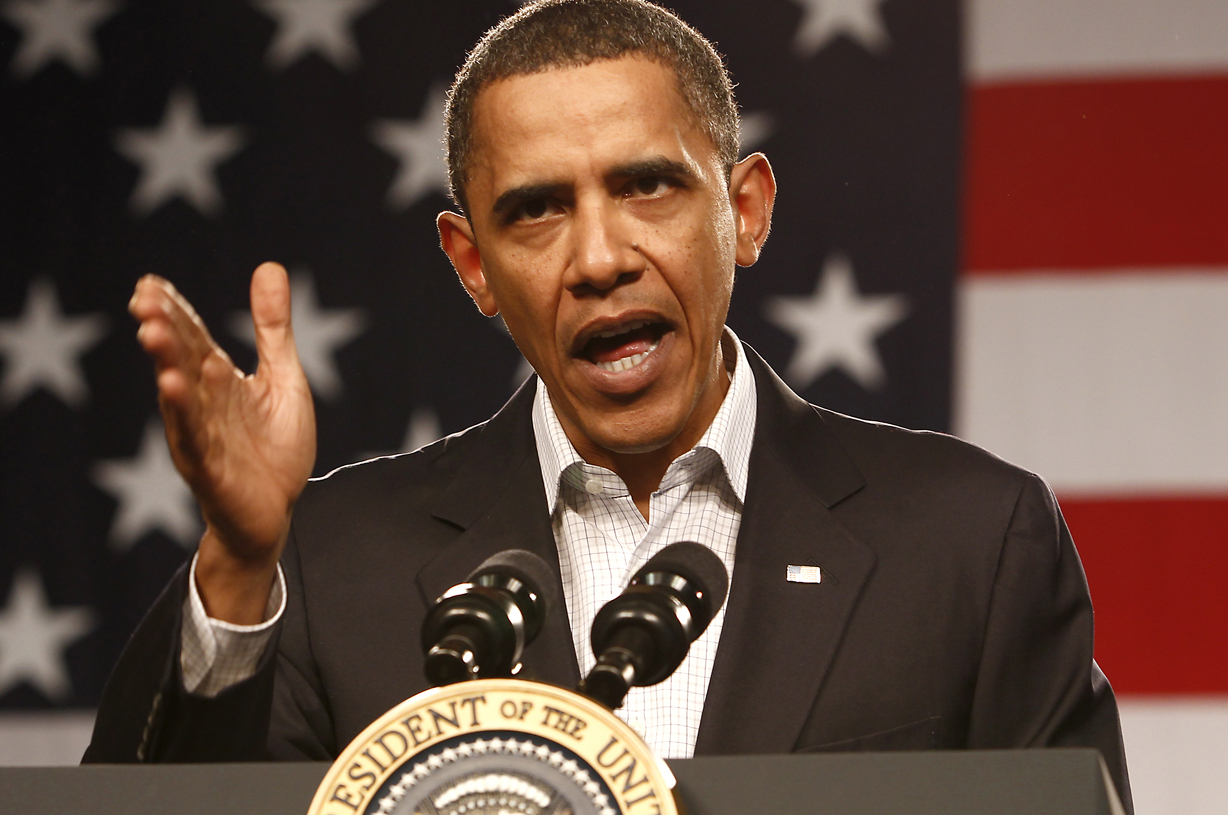 The US President is finding himself in an increasingly tight corner these days. His signature efforts are under threat as is the Democrats’ ability to deliver on them. But if there's one thing we learned from the unlikely rise of Barack Obama it’s that he is at his best when things look the worst.

The Caribbean island nation of Haiti has been pushed to the brink by a few seconds’ of movement of a geological fault. Three-thousand kilometres away in the American state of Massachusetts, meanwhile, a political tremor has shaken the Obama administration’s plans – and is now rearranging the odds for Republican success (and Democratic failure) in the upcoming mid-term election.

In the aftermath of Republican upstart Scott Brown’s astonishing win in the special election to fill the senate seat Ted Kennedy held for 46 years until his death (and his older brother, JFK, for eight more before he became president), Democrats have lost their filibuster-proof majority in the senate.

Given the general tendency for presidential parties to lose seats in a mid-term election such as 2010, Democrats now face the possibility that their policy agenda – health care reform, cap-and-trade carbon policies for environmental protection, increased regulation of financial institutions, among others – may become even more difficult to achieve post-2010. This, in turn, even has implications for Obama’s re-election hopes in 2012, although strategists never fail to remind us that a year (let alone three) is a lifetime in politics.

What happened to all that promise of “change” we heard just one year ago from Obama’s game-changing campaign team on that bright, cold and crisp 20 January 2009? What happened to that juggernaut of a campaign that brought together old-style political tenacity and a whole range of new-tech tools to mobilise voters, campaign contributions and disseminate campaign message?

Following Scott Brown’s win in Massachusetts, the view increasingly is that Obama effectively surrendered the political centre in his goal of achieving his promised policies. To achieve the health care reform measure, his White House left the details to Capitol Hill Democratic leaders for give-and-take bargaining. The resulting debate, especially in the Senate, was subjected to an increasingly public spectacle of backroom dealing.

Meanwhile, during the second half of the year, the public saw an Obama administration caught up in its larger policy agenda for health care, the environmental cap-and-trade measures, continuing the big financial firms and auto company bailouts and a stimulus package that, taken together, didn’t seem to help the “little guy”. It all left space for the Republicans and the right-wing types, like “tea-bag parties”, to shout loudly and dramatically. And that they did.

They argued that Obama-care simply meant more government spending, higher taxes and growing unemployment (now at 10% or more). They also claimed that Obama failed to protect homes against foreclosures even though the big banks got big help from the government. (They handily forgot it was George W Bush’s government that paid $700 billion to the US financial institutions. – Ed) In addition, the Nigerian undershorts bomber, plans to close Guantanamo Bay and bring detainees to the mainland for trials, the struggle to get the mix in Afghanistan right have, in the meantime, reasserted terrorism as a salient issue for Obama’s opposition. Worse, it represents a real negative for Obama with those who oppose him – or are wavering on that point.

At this time, to borrow the words of White House veteran advisor (to both Democrats and Republicans), David Gergen, for Obama, “it’s time to hit the reset button”. And that’s what we see happening already.

Just a few days ago, speaking into the cameras and into American living-rooms, Obama sent a message to the big banks: “It’s our money and we want it back!” He proposed tough new banking legislation that will limit the size of the big banks as well as what they can and can’t do.

But his message was also aimed at the nation itself. Obama will have an opportunity to re-assert it this Wednesday evening in his first State of the Union speech. It is almost a certainty that he will focus like the proverbial laser beam on unemployment and new measures to get people back to work. He will describe the new, tougher, tighter measures to make all counterterrorist activities work in tandem to prevent another airplane bomber, to bring Bush’s Iraq adventure to an end on time and to bring Afghanistan closer to closure. There will be a pledge that he and congressional Democrats want to work with Republicans on all of these measures (does he really have a choice?). Obama will promise to confront nations (such as China – named or unnamed) that use their market power to impose unfair trade, Internet censorship and currency actions on the rest of the world. And, of course, he will pledge to bring forth a health care reform package that both parties can support, is cost effective, is not an expansion of government, etc., etc. Watch for key words such as : “new foundation for the country,” and “rescue, restore and rebuild.” Bank on it.

And here’s another prediction you can go to lunch on: Sometime during the speech Obama will point to a man in the audience who really, really needs a health care insurance plan. He’s worked hard all his life, but because of a business failure in the recession, he’s just become unemployed and the bank is moving to foreclose on his house. Meanwhile, his wife has a terrible (but treatable) pre-existing condition that would prevent her from getting treatment if her husband gets a new job and it actually has health benefits. Worse, his children are unable to get the medicines they need for their various diseases. Now who is opposed to THAT family’s health care?

While all this is happening, that mid-term election is nigh – just 10 months away – for the entire House of Representatives, a third of the Senate, a bunch of governors, and thousands of state legislators, mayors, city councillors and so forth. The way things are running, and worse, the way the chattering class is talking, the Democrats are in for a thumping for having lost the plot.

But, Obama has just sent for the man who is more responsible for his win last year than almost anybody except himself: David Plouffe. Until this past week, Plouffe was not part of the White House staff, but has been called back (cue the “William Tell Overture”) to get the White House back into fighting trim, to gird their loins or whatever they do in the White House now, and get ready to take the battle back to the people, to rally Democrats and really give it to the Republicans. The model is going to be a 21st century version of Harry Truman, and Obama is going to go out into the country – and not overseas – to listen to the people and give it loud and long to the Republicans.

Don’t count this guy out yet, he’s the best speech giver in the generation, Plouffe is a master tactician and, perhaps most important of all, the country is hurting and craves leadership, not negativity. All Obama needs to do, is remind them of it again, and again.