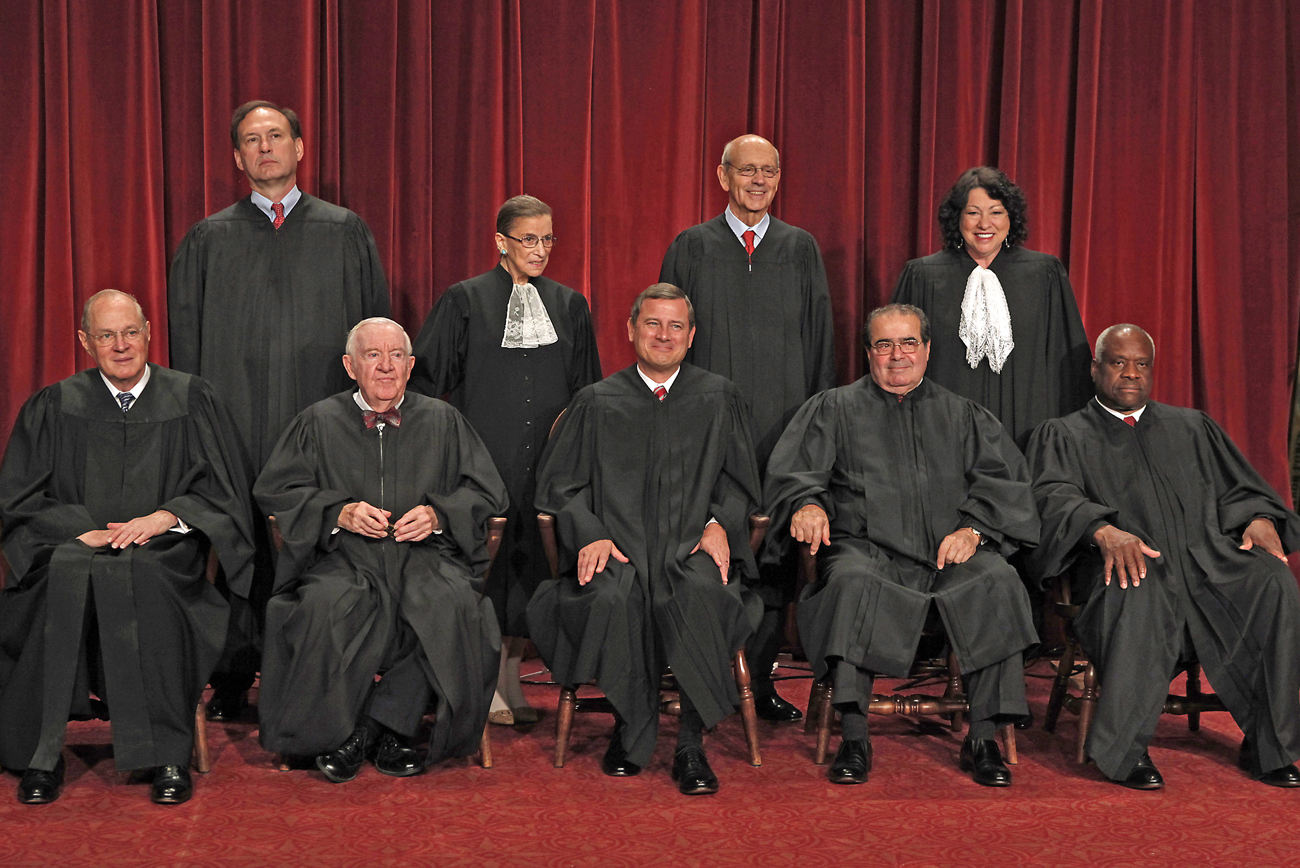 The bunch that brought upon us George W Bush, aka the US Supreme Court, made a staggering decision on Thursday about a quirky little case involving a snarky movie about Hillary Clinton which almost nobody has seen. The decision, that will ultimately allow Big Money free rein in future US elections, joins the competition for the worst supreme court decision ever - this time with consequences that are very real for the rest of the world.

The actual case began with a dispute about “Hillary: The Movie”, a documentary that portrayed Clinton as a power-crazed gorgon. Okay, the film isn’t “Citizen Kane,” or “Casablanca”, but the US Constitution’s First Amendment does state pretty clearly that: “Congress shall make no law…abridging the freedom of speech.” In the case of “Hillary”, the filmmakers eventually had to forego distributing it via cable when the Federal Election Commission (FEC) ruled it was actually a political-attack ad, and not a documentary, and, therefore, it was subject to America’s campaign-finance restrictions.

The FEC ruled that, according to the Campaign Reform Act of 2002, the flick couldn’t be distributed by cable (something that reaches about 90% of Americans) because campaign finance rules forbid corporations or unions from paying to broadcast electioneering messages about candidates within 30 days of a primary or 60 days before a general election. The film’s producer, Citizens United, is a non-profit group mostly funded by individuals, but since it also accepted donations from private firms, distributing the flick became a no-no.

And so, this 5 – 4 decision (with the majority comprised entirely of justices appointed by presidents Bush, father and son) took what was generally acknowledged to be a quirky case about a snarky movie nobody had seen, and turned it into a major judicial pivot point.

In the decision, Justice Anthony Kennedy wrote for the majority, “A speaker who wants to avoid threats of criminal liability…must ask a governmental agency for prior permission to speak”.  This makes it “analogous to licensing laws implemented in 16th- and 17th-century England,” the sort of thing that “the First Amendment was drawn to prohibit”.

But, Justice John Paul Stevens, writing for the minority, argued instead: “Essentially, five justices were unhappy with the limited nature of the case before us, so they changed the case to give themselves an opportunity to change the law.” (Usually it’s the judicial right-wing conservatives who snarl that it’s those damned liberals who have been “creating” new law from the bench.)

Some history of the worst decisions ever: In 1857, the US Supreme Court ruled in the Dred Scott decision that once a slave, always a slave (four years before it took a half-decade’s worth of civil war to sort it out). In 1896, its Plessey v. Ferguson decision opined that deliberately segregated public institutions were inherently equal despite a whole nation’s worth of evidence to the contrary – and sorting that out legally took until the 1950s. In 2000, the court effectively elected George W Bush president of the country. And now this one, where Big Money is given freedom to pump ever more money into electing politicians they particularly like.

What’s the fuss, we might ask from the bottom of the African continent? In essence, the majority has ruled that the First Amendment’s constitutional protection of free speech is a whole lot more than just about words or pictures on behalf of ideas. According to the court’s majority, America’s founding fathers – clever boys that they were back more than 200 years ago – clearly understood that giant corporations should be able to spend whatever they want from their coffers on TV, newspapers, the Internet, wherever, to support – or oppose – candidates for office. Kinda difficult to believe.

Stanford law professor Pamela Karlan argues that this latest decision, seen in tandem with a 2008 decision to slash the damages award in the Exxon Valdez oil spill case, shows that the current court (and remember, American supreme court justices are on the job until they retire or die) now has “a strong pro-corporate wing”, not just a conservative leaning as it was with the late Chief Justice William Rehnquist who “was not someone who thought corporations had strong rights claims”.

A big chunk of Justice Stevens’ mammoth 90-page dissent was not directly about the impact and effect of shifting the balance in the electoral system towards big companies, but rather how the majority ended up with this blockbuster of a decision from an iffy, itty-bitty starting point. Stevens said the court had reached out to decide questions not properly before it, had issued a needlessly broad ruling when much narrower grounds were available and hadn’t offered appropriate respect for precedent. In other words: Bad dog!

But still, the five judges have ruled Congress cannot limit corporations, unions or any other organisation from paying whatever they want to spread their respective political messages at election time – for or against any candidate. While this ruling is, arguably, a stroke in favour of untrammelled free speech, critics argue its effect will lead to big business buying (or trying to buy) elections. A simple test – ask yourself: Who has more money, a gargantuan bank or you, the reader, or even you and all of your best friends together? Even if you strongly, viscerally believe in a candidate, do you really think you’re going to have the same impact as the suits who sit on the political advocacy committee over at, say, Goldman Sachs?

It is true American campaign finance laws are sufficiently confusing that even experts struggle with them sometimes. Sorting it out for the parties and candidates keeps a porcine gaggle of expensive lawyers gainfully employed.

Until this decision, companies that wanted to propound political views close to an election period had to form a political action committee (PAC), go through a bunch of regulatory hurdles and have that committee accept only limited amounts of money from each donor, and not specifically work as a hand-in-glove part of a candidate’s campaign. Until Thursday morning, the law’s defenders said that this did not really limit free speech and it clearly helped keep the electoral system at least partially out from under the thumb of big business or any other group. Now the court has profoundly disagreed; that, of course, means that the whole nation must disagree also.

The supporters of the decision point out that the new ruling doesn’t abolish the entire run of regulation. Corporations still may not donate money directly to candidates themselves, although they can now do what they want in lots of other ways. Electioneering messages paid for by a company still have to state that firm’s identity. Individuals face strict limits on how much they may give to a candidate. Incumbents still enjoy a real fund-raising advantage, and, of course, really rich candidates can pay for their own campaigns and avoid lots of regulatory spaghetti.

But, this ruling clearly opens the floodgates for money in American politics in a way that hasn’t been true for a long, long time. This isn’t going to be pretty and it is certainly going to mean lots more money sloshing around in political campaigns in America – legally.

So how does it all impact on us, the rest of the world? Well, quite profoundly. The US is still, and it will be for quite a while, the world’s supreme power and, in many ways, it is dictating the direction and pace at which the global community moves. This decision will make it more likely for Big Money-supported candidates to be elected; think Bush rather than Obama. By default, these candidates are going to be much more likely to push the aggressive agenda for the world’s biggest power, even in times when the world desperately needs reconciliation. And as the corporate world fully transcends national borders these days, do not be surprised to see future US presidential decisions, and the laws voted in by the future sessions of the US Congress, somehow miraculously suiting some transnational corporate plans.

As decisions go, last week’s US Supreme Court’s decision is really, truly bad  – for all of us.

For more, read the Economist, the New York Times or the Supreme Court opinion and transcript.