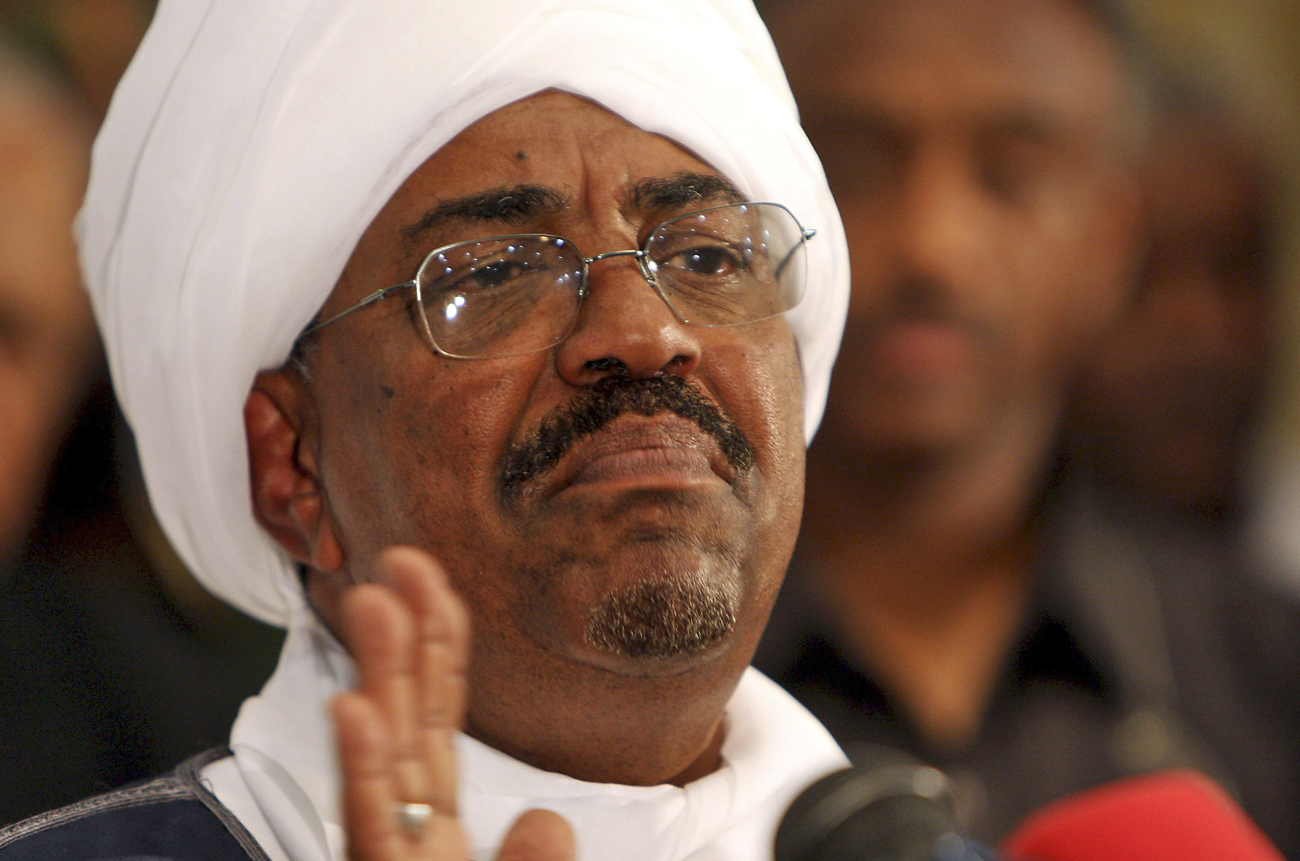 Sudan’s President Omar Hassan al-Bashir says he’ll support the country’s oil-rich south if it chooses independence in a 2011 referendum. That’s an unusually conciliatory statement coming from a man who’s wanted by the International Criminal Court for years of killings in Sudan’s western province of Darfur. His ruling National Congress Party likes to keep political power close, despite a comprehensive peace agreement signed in 2005 that ended a 22-year civil war. Bashir’s statement may be a well-timed announcement ahead of a controversial April 2010 election that paves the way for a possible splitting of ways between the country’s north and south. The NCP and the main southern Sudan People’s Liberation Army are currently in a power-sharing government, but it’s watertight as a bucket full of holes, and much still needs to be agreed upon. The parties have consented to a simple majority vote to legitimise a referendum on secession, requiring a two-thirds voter turnout. But most of the population live in Sudan’s north, and getting people to vote in the remote and wild south may well prove difficult. So, Bashir probably believes that any planned secession by the south will be stymied at the ballot box – and can then claim how very democratic he was about it all. The NCP will also fiercely resist any loss of control over southern oil fields, and Bashir and his party still say they want a unified Sudan. So, watch this space. It’s gonna be some ride. Photo: Reuters

Gangs of Christian and Muslim youths are still battling it out amid gunfire and smoke rising from burning buildings in the central Nigerian city of Jos, prompting authorities to extend a dusk-to-dawn curfew to 24-hour lock-down. The body count has risen to about 150, and extra troops have been deployed to the area, as memories resurface of clashes in 2001 and 2008 that caused the deaths of about 1,200 people. Some observers say Jos is a time-bomb waiting to explode. Muslims and Christians live in separate areas, and Nigeria classifies people as either indigenous or settlers. The settlers can’t stand for election, even if they’ve been there for generations, so they have no political power in endemically corrupt Nigeria. And political connection means access to basic resources. The religions are also split along party lines, with Muslims generally supporting the opposition All Nigeria Peoples Party, which is a household name in northern Nigeria, even though it only controls seven of the country’s 36 states.

Guinea’s military junta has chosen opposition leader Jean-Marie Dore to be prime minister and oversee a return to civilian rule, while the country’s coup leader, Captain Moussa Dadis Camara, recovers from an assassination attempt as a guest of Burkina Faso. Camara came to power in December 2008 after the death of long-time strongman Lansana Conte, and promptly raised the national temperature by saying he’d run in presidential elections. The people protested, and nearly 200 were butchered by troops in subsequent rioting. Since then it’s all been downhill, with an aide of Camara’ shooting him in the head, saying he feared he’d be blamed for the massacre of civilians. It’s a pretty kooky place right now, with paranoia and military power engaged in a macabre dance. Dore’s been a prominent critic of army rule, so it’s no small thing that the army back him. Interim leader, General Sekouba Konate, took over after Camara was shot, and was quick to involve civilian politicians in negotiations about the country’s future. That’s a positive sign on what’s been a rocky road this past year. Camara’s supporters in the junta are unhappy he’s not back running the country. Dore says the armed forces need restructuring, and that an election needs to be fair and credible. That may already have put him on somebody’s hit list.

Kidnappers released three British nationals and a Colombian who were abducted last week in the Niger Delta region. They all work for oil giant Shell. Nobody’s saying whether a ransom was paid, but that’s the usual route for the hundreds of similar incidents that plague the region each year. The oil-endowed Delta is filled with rebel groups who want a greater share of its enormous wealth, and whose attacks have been responsible for seriously impeding Nigeria’s oil extraction. Thousands of militants took a recent presidential amnesty. Trouble is, Nigeria’s President Umaru Musa Yar’Adua is in hospital in Saudi Arabia, being treated for heart problems. So, the rebels are claiming that nobody’s steering the amnesty process, and that the country’s notoriously corrupt bureaucracy has not fulfilled its promises. The kidnappers are said to have demanded a $2 million ransom, which is small nuts compared with what’s at stake.

Israel has opened its arms to 81 Falash Mura Ethiopians, and expects another 2,000 to arrive in the coming year. It’s the first reception for 600 people already eligible to come to the country under the Law of Return, which guarantees a place in Israel for all Jews. The Falash Mura community is an offshoot of Beta Israel, which is the historical name of the Jewish community of Ethiopia. But their going to Israel is not without its controversies, because they converted to Christianity under religious pressures in the 19th century and have a history of inter-marriage with Ethiopia’s Christian majority. Ethiopian Jews were evacuated by the thousands during the 1980s and early 1990s at the end of Ethiopia’s civil war. Some 8,000 Falash Mura remain in Ethiopia and want to emigrate to Israel. The Israelis have restarted an immigration scheme for Ethiopians of Jewish descent after halting the process in 2008. The community traces its roots to the biblical days of King Solomon, which goes to show that historical memory continues to inform identity, despite Google taking over the world.

The Zambians have buckled under pressure from Rwanda and will jointly identify and arrest 1994 genocide suspects who may be living in their country as refugees. Mozambique said it would co-operate with the Rwandans in December last year, after Rwanda said African countries were dragging their feet on the issue. Now, the Zambians say they’ll closely collaborate with the Rwandan justice ministry, and beef up their act when it comes to extraditing genocide suspects. Malawi was also cited as a country that provided little co-operation on arresting, trying or extraditing indicted fugitives, but recent actions indicate it’s also feeling the pressure from the International Criminal Tribunal for Rwanda in Arusha, Tanzania, which is driving the pursuit of justice, despite the wheels turning very slowly.