What lies behind the attempt to solve the Financial Sec...

What lies behind the attempt to solve the Financial Sector Charter puzzle? 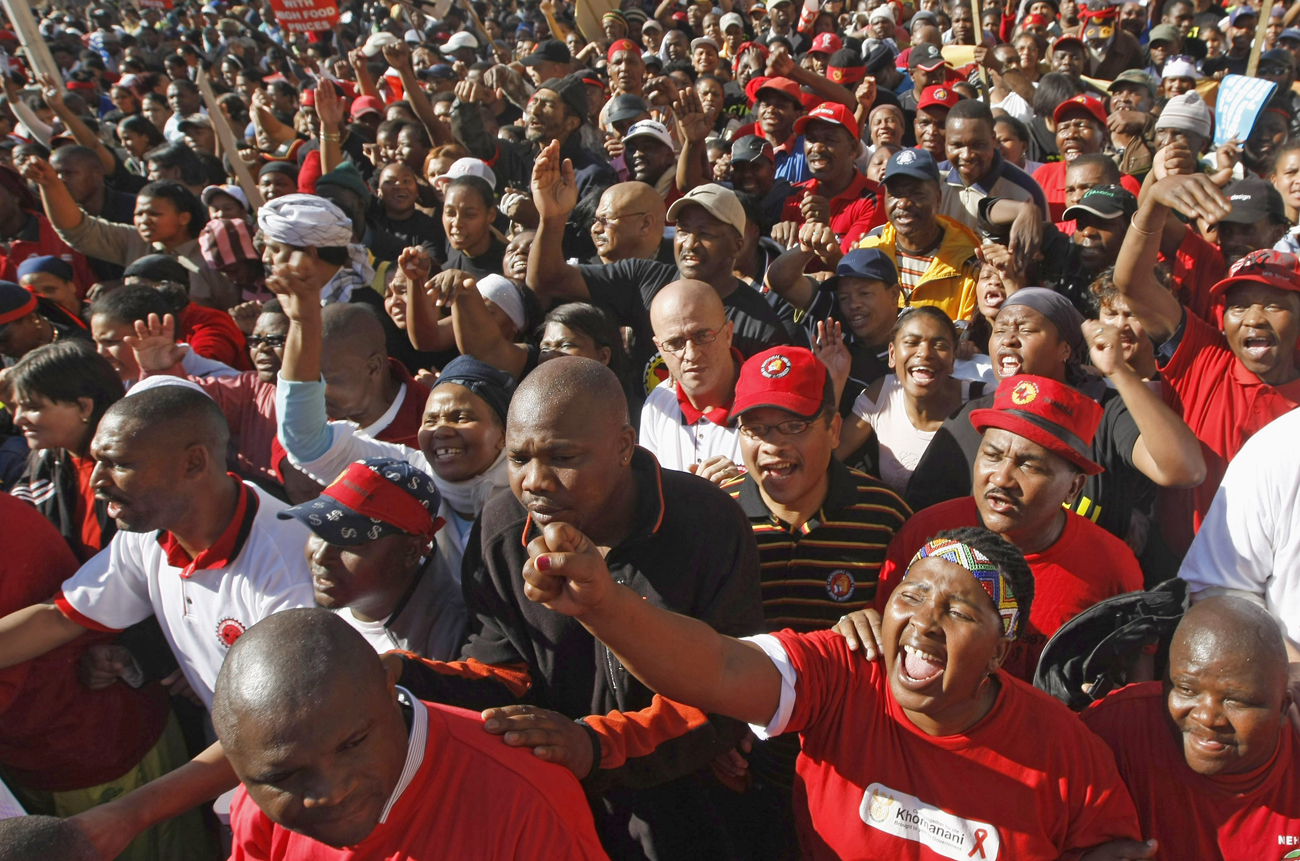 The story of the banking charter so far is fascinating: it constitutes a rare example of a sector digging its heels in and not just crumbling in the face of political pressure to comply with the BEE movement’s agenda.

To answer our headline question, it is that the previous failure of the banking sector charter – a crucial piece of the black economic empowerment puzzle – was a good example of overreach by the Congress of SA Trade Unions and another demonstration of the power of banks.

The BEE movement’s agenda, which is at best a noble cause, can become incredibly political and tawdry when the tyre hits the tarmac and the time comes to decide just who will become the latest set of instant millionaires. For all the complex financial structures put in place to effect BEE, it’s becoming increasingly obvious that the process is expensive for the institutions themselves – and more so for existing shareholders.

The crux of the issue is the degree of equity participation, so it’s not surprising that this issue was the key breaking point in negotiations so far. But what is genuinely surprising is that Cosatu was the main fighter on behalf of the aspirant instant millionaires. In the process it nixed the careful balance which the original charter negotiators had put in place, aiming to ensure meaningful transformation without hobbling the banks too severely.

Yet the banks and financial institutions as a whole also have some ground to give, since existing schemes are generally wobbly and disappointing.

Absa, for example, was the first of the big banks to institute a scheme with a Tokyo Sexwale-led consortium – which recently exited the scheme with barely 5% of Absa stock under its belt. That 5% constitutes a small fortune to ordinary people, of course, and Sexwale now owns the stake free and clear, but by the technical definitions of BEE, its kinda low. It’s quite easy to see how the BEE industry, not to mention SA society as a whole, might have hoped for more.

Likewise, Standard Bank’s BEE deal was diluted from about 10% of the equity to 7% when the bank did its deal with Industrial & Commercial Bank of China. This is slightly ironic; perhaps the BEE shareholders now know what it feels like to be diluted when a company starts dishing out shares to all and sundry (not that it happened in this case; the business received cash in return, but the principle remains).

So what is the state of play now?  Apparently, behind the scenes, finance minister Pravin Gordhan asked the banks to reopen negotiations, a request the council could hardly refuse. In other words, the headlines suggesting this was an initiative of the banks are, well, a bit off.

The decision follows a long standoff between Cosatu and Financial Sector Charter council which threatened to doom the sector charter entirely. And to say the council is entirely enamoured of the decision would be a stretch. The charter would have required banks to finance  R75 billion for empowerment deals themselves, among many other things. So, in a sense, they are holding all the aces here. Consequently, falling back on the general BEE code effectively constitutes a big win for the banks.

The sticking point was Cosatu’s demand that the equity portion of empowerment of financial institutions should in principle be the same as for other industries. The council claims it is, but this is seen as something of a fudge, because the charter made provision for 15% “indirect ownership”. That means pension funds, for example, could claim the investments of their existing black clients as part of the whole empowerment package. Proponents deny it, of course. They claim pension fund members are in fact investors, so why not count them in?

The attempted compromise was that Cosatu would drop its requirement from the normal 25% to 15% direct equity ownership, which it actually did offer. Banks rejected this, but argued they would top up their other empowerment efforts to make up the difference.

It seems a very small area of compromise left to negotiate, so it’s perhaps more significant that neither side would compromise more than they did. But the other issue, “once empowered, always empowered” is more tricky for all sides.

Like a toothache that just won’t go away, Cosatu and the council are back at the table, with all sides withdrawing their previous positions and statements at the behest of government. It looks like Cosatu and the bank-hating, left-wing activists who dominate the “community groups” are sensing imminent defeat.

Cosatu general secretary Zwelinzima Vavi told us it’s in the best interest of labour to get the process moving again. “We can’t afford for the whole structure to collapse,” he said. Asked specifically why Cosatu was pushing for an increase in the equity level, something usually associated with potential beneficiaries rather than the labour movement, Vavi said: “We are motivated by our eagerness to transform the economy”.

But he added, “We do not want to appear to be punting for any invested interest of individuals; our intention is to empower communities.

“We accept that for transformation to take place, blacks should be more part of the economy. But we don’t want that to be the defining character of the charter. It must be empowerment of the people generally.”

So does that mean Cosatu will be more flexible now? “We must enter into the spirit of negotiations. There has to be some giving and taking by both sides.”

This definitely looks more open minded, but the problem is that the degree of fragility of the financial services industry has been graphically demonstrated during the economic crisis.  We saw government after government being forced to hand over billions to the industry to keep it in the state of bliss to which it has now become accustomed. By pushing too hard Cosatu could dangerously weaken banks. They now know it.

And so do the banks.

Photo: Members of the Congress of South African Trade Unions (COSATU) march through the streets of Cape Town in protest against high food, fuel and electricity prices August 6, 2008. REUTERS/Mike Hutchings