Coming soon to a government near you: A policy vacuum?

Coming soon to a government near you: A policy vacuum? 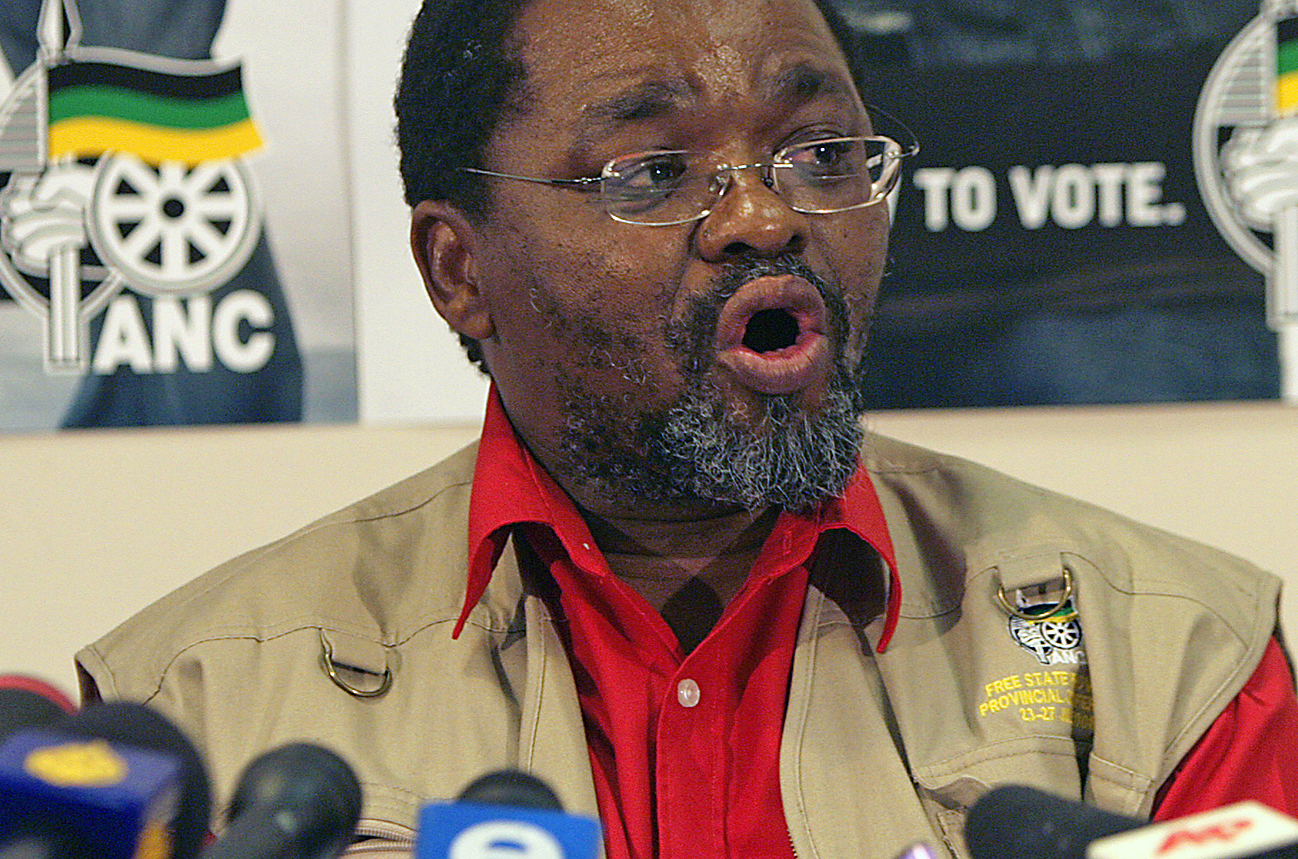 The ANC’s national executive committee spent two whole days talking about policy, with a great gaggle of ministers, directors-general and assorted hangers-on. So why are they so coy when asked what their policy priorities are for the year?

It was the kind of press conference where Gwede Mantashe didn’t get to answer the questions he didn’t want. Always genial, it was a little out of character for him to complain at the end that “80% of your questions were about the alliance and tensions, when we really talked about policy”.

The simple retort, is that there is no policy. It’s the same as the previous weekend’s Kimberley shindig. There President Jacob Zuma spoke for nearly an hour, and didn’t announce anything new, any priority being shifted up the list; even a policy preference would have been welcome. So everyone concentrated on the booing Blade Nzimande received instead.

The official NEC statement is full of worthy stuff. Its primary purpose was to “chart the way forward and develop a programme of action for 2010, informed by the NEC 8 January statement and the 2009 Election Manifesto”. Okay then, that’s fine. But excuse us when we find it a little odd that one of the priorities is to “initiate a broad discussion on history, role and current tasks of the alliance and its constituent parts as a matter of urgency”.

Really, gosh, so health, education and crime (which aren’t mentioned in the document at all) aren’t policy priorities for 2010. Strikes us as a little odd. Or maybe the tensions in the alliance are so strong that solving them demands preference?

When asked directly, what is the ANC’s main priority for the year, Jeff Radebe, who’s day job is in government, but moonlights as head of policy for the ANC (a very powerful job) thinks a little before replying. “The ANC is not interested in a programme of action that can’t be measured”. It’s all about outcomes, you see. Now, to be fair, he is onto something. The ANC has been great at prioritising and policy-sizing. Now it’s time to actually deliver. That’s pretty much what he said. And he should know, as probably the longest-serving cabinet minister, working under Madiba and all through the Mbeki years.

Hold on, does that mean he’s been part of cabinets that were thinkers, when what they really needed was a good dose of doers?

What this does mean is that government by target and “evaluation” is coming. That policy that really didn’t endear Tony Blair to teachers or nurses is on its way. We think it’s not actually a bad move. There will be some mucking about as people wriggle to get off the target hook. There will be manipulation of figures, sure, but at least there will be some kind of thing people will be working towards, rather than just waiting for the clock to strike 3pm.

All well and good then, but where is the actual policy? What is government going to do this year? We’re still no nearer to that answer, and you’d expect the ANC to know by now. Could there be some kind of deadlock? Could they just have really spent two whole days contemplating the boxing match between Jeremy “polemical spice” Cronin and Julius “big mouth” Malema? The Economist once referred to Zuma as being “policy light”, could it be that they were right?

We don’t know. There is some virtue to not just chucking out all the old polices for new ones. Even Mbeki didn’t always make grand policy gestures when he opened Parliament. And sometimes he made the same grand announcement twice (like when he promised cheaper broadband in 2007, and repeated the exercise in futility in 2008). And there was the year, to quote Tony Leon, when he spent “an hour on Baghdad and two minutes on Baragwanath”.

The ANC is likely to say they actually have very good policies, thank you very much, and we’ll see the benefit of them later. The real reason for this vacuum could also lie in the fact it took a lot of time, money and energy to work out the election manifesto. Eventually, all the alliance partners and everyone involved agreed on something. No one wants to undo all of that now, so why not just keep quoting that. There are worse manifestos around than one that focuses on employment, crime and Aids.

Having spent 80% of this piece on policy, we should now look at the alliance and the politics within the ANC generally. As vaguely predicted in our piece about how the NEC really works, the leaks over the weekend about Cronin and Malema having a go at each other in the meeting were officially denied. Tokyo Sexwale did distribute a report about last year’s booing at the SACP conference, but it was “retrieved” because not everyone involved had made an input.

Provocatively, this reporter felt he had to ask the following question, “Mr Mantashe, I’m reminded of Smuts Ngonyama who used to sit in that chair and tell us all here that there were no divisions in the ANC, so please keep that in mind when I ask, is Malema manoeuvring against you?”. He took a little bit of offence at being likened to Ngonyama, saying they were nothing alike. He is right there. He went on to say that it was “neither here nor there” if people were campaigning against him. It’s a democratic organisation you see, and there will be a leadership vote in 2012, and we’ll see what happens then.

He’s a big-hearted man that Gwede. He just takes it on the chin, and keeps on chugging up the hill.