The real rulers of the country

The real rulers of the country 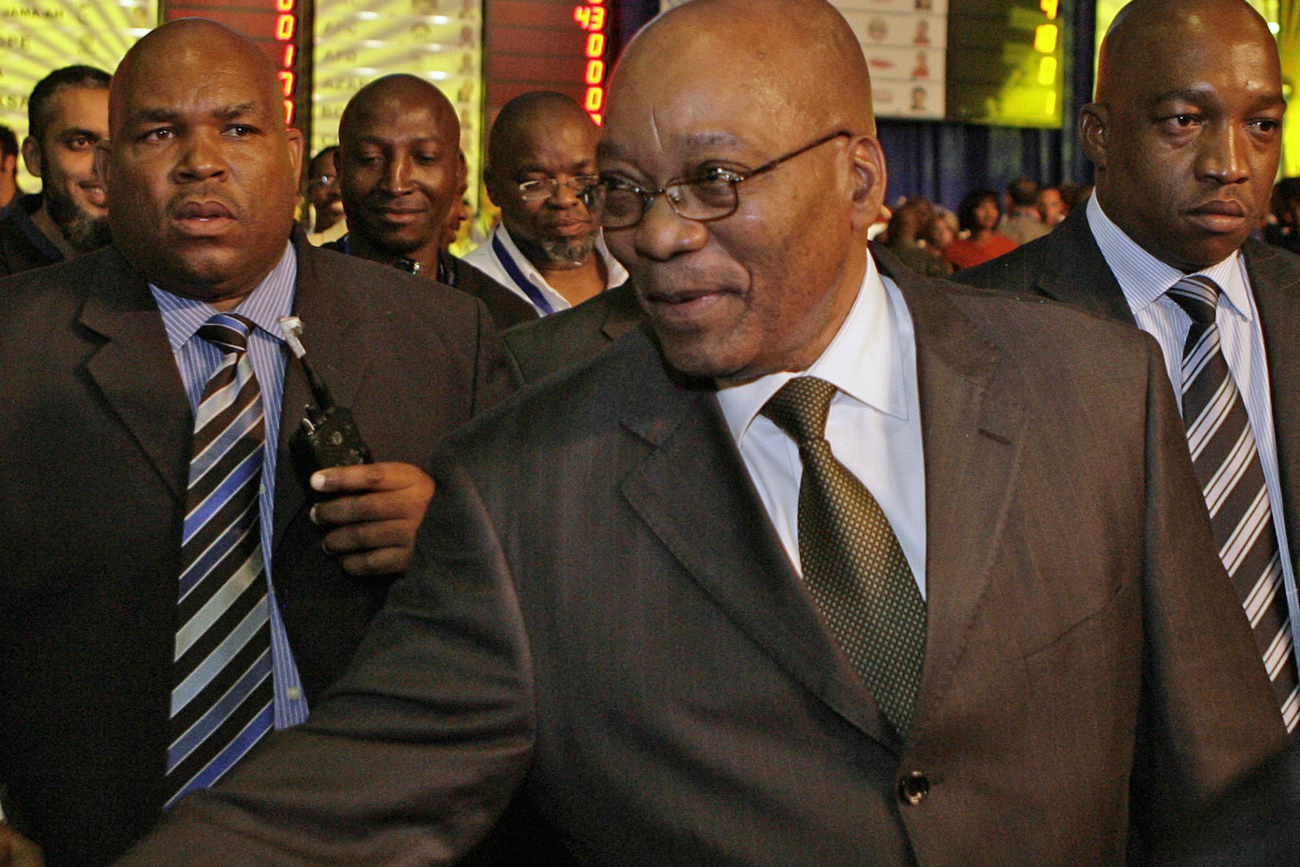 The ANC’s national executive committee (NEC) has spent the last three days in closed session. There are different types of leaks, reports and comments about what was discussed. But what actually happens in these meetings, and why there are always contradictory reports about what goes on … read on, gentle reader.

The ANC’s NEC is the group of people that actually runs South Africa. They decide what will happen. The only thing that can actually overrule the NEC is a full elective conference of the ANC, like the one in Polokwane in 2007. Because they happen only once every five years, that gives the NEC members power, and a lot of it. As you may remember, they have the power to “recall” a president. And the president will, so far, listen to them and agree to be recalled. (Of course, there are still people who are in theory more powerful than the NEC: judges can overrule them, but only many years after decisions were made.)

Technically speaking, in ANC-speak, the NEC runs the organisation for a five year term. As a result, its membership really gives us an indication of who’s in and who’s not, which faction is really ruling the roost and which is just outta here. If you look at the NEC people elected at Polokwane, there’s an interesting mix of Zuma-ites and Mbeki-ites. But look closer, and you see the Mbeki crowd that squeezed in are a sprinkling of people who couldn’t get left out. Trevor Manuel and Joel Netshitenze are recognised as brains by everyone, and so they’re there for their expertise. But the rest of the Mbeki-ites were the weaker ones, Manto Tshabalala-Msimang and Bridgette Mabandla (Bridgette Mabandla, for goodness sake! you could hear the pundits shouting.) In fact, Zuma used the same trick when appointing the cabinet, giving jobs to the weaker Mbeki supporters who posed no threat.

Being an NEC member is a highly sought-after prize. Every red-blooded member of the ANC really wants to be on it. And they’re prepared to do an awful lot to get on it. It’s also a body that takes itself seriously. Some speculate that one of the reasons Mbeki was dumped, was for not showing enough deference to the NEC or interest in its work. While president, he missed several NEC meetings: famously, he once refused to attend because he had some low-level Chinese delegation to meet. The NEC didn’t take kindly to that.

The NEC members are elected at the leadership contest. The first 40 places are straight votes. Get more than anyone else and on you go. Winnie Madikizela-Mandela got more than anyone else and so she was elected number one. After the 40, there’s a complicated mathematical formula (we’ve always thought being in charge of that must be fun!) to ensure that enough women are represented. That’s why, if you look at the complete list at the moment, there are so many women in the second half of the NEC.

NEC meetings themselves are fascinating. Firstly, there’s the secrecy. Nothing makes politics more fun than secrecy. They’re held behind closed doors, nowadays at Esselen Park, a huge grey conference centre in Kempton Park, owned by Transnet. And what makes that interesting, is that it’s pretty obvious the NEC gets to meet there whenever it wants (we’re not saying they don’t pay for the privilege, not at all) and has a nice hold over security there. In fact, when the NEC is meeting, the same guy in charge of the front door at Luthuli House gets to operate the boom at Esselen Park. (The NEC used to meet fairly often at Gallagher Estate, but maybe that venue was a little too open for their liking.)

When NEC members arrive (almost always in a flashy car and with bodyguards in tow) they get dropped off in front of the hall. There they’re met by two friendly ladies at a desk. On the desk are 80-odd A4 brown envelopes. Each envelope has the name of an NEC member. That member is not allowed into the meeting until they’ve placed their cellphone inside that envelope. It’s immature, but it shows a distinct lack of trust. When the ANC says the NEC is unified, don’t believe it for a minute.

And this brings us to where the contradictory reports come from. The ANC’s top brass knows that people argue inside NEC meetings, but if they lose, they like to take that argument to the media. And so they try to control it, which, of course, is pretty impossible. So when these meetings are on, people who are losing arguments ring up “their” journalists, and try to get their idea into the papers. That’s why you so often see headlines like “NEC discusses alliance”, followed later in the day by the official denial. The denial is probably not a 100% correct, but neither was the original claim.

A good example of this was during the Mbeki recall saga. Someone from the NEC wanted an early election. He proposed it to the NEC during a meeting. The NEC turned it down flat, very quickly. So he went to the media instead. And very quickly it was officially denied. The whole leaking process also explains why Gwede Mantashe is so unruffled about these things. He doesn’t blame the reporter for it because he knows it was someone in his own organisation.

That is where the secrecy fails, because of the side-effect: a lot of nonsense gets floated. It also explains why some publications will be full of NEC meeting reports, and some just know to leave it alone until the official press conference. It may also be because some outlets have better NEC contacts than others. Or because they’re being used by some people. Take your pick.

Watching NEC meetings is a bit like watching the Bolsheviks gather at the Kremlin. You have to work out what’s happening with very little information. But the NEC itself has 80 members with 80 different agendas. There are the SACP delegates, like Blade Nzimande and Jeremy Cronin. They are big fans of “socialism in our lifetime”, while the ANC’s deployed ones in business, Toyko Sexwale and Cyril Ramaphosa, have a different view of economic policy. There are all sorts of hues between capitalism and communism, red and pink and in between. So it’s not a united body by any means. It’s fairly representative of the ANC being the broadest of broad churches. And that’s also why it can take so long for something to be decided. The one person who probably has the most support across the various pews is President Jacob Zuma himself. What he says will generally go. But he can’t do it alone. He has to have some support in the room. The rest, even a Gwede Mantashe or a Kgalema Motlanthe, don’t have what they need to push their agendas without help.

As a result, the NEC is full of different factions that shift and move around depending on the issue. Which is what makes watching it so much fun. But even a Zuma has to move pretty carefully. In extraordinary circumstances, the NEC can call for an elective conference.