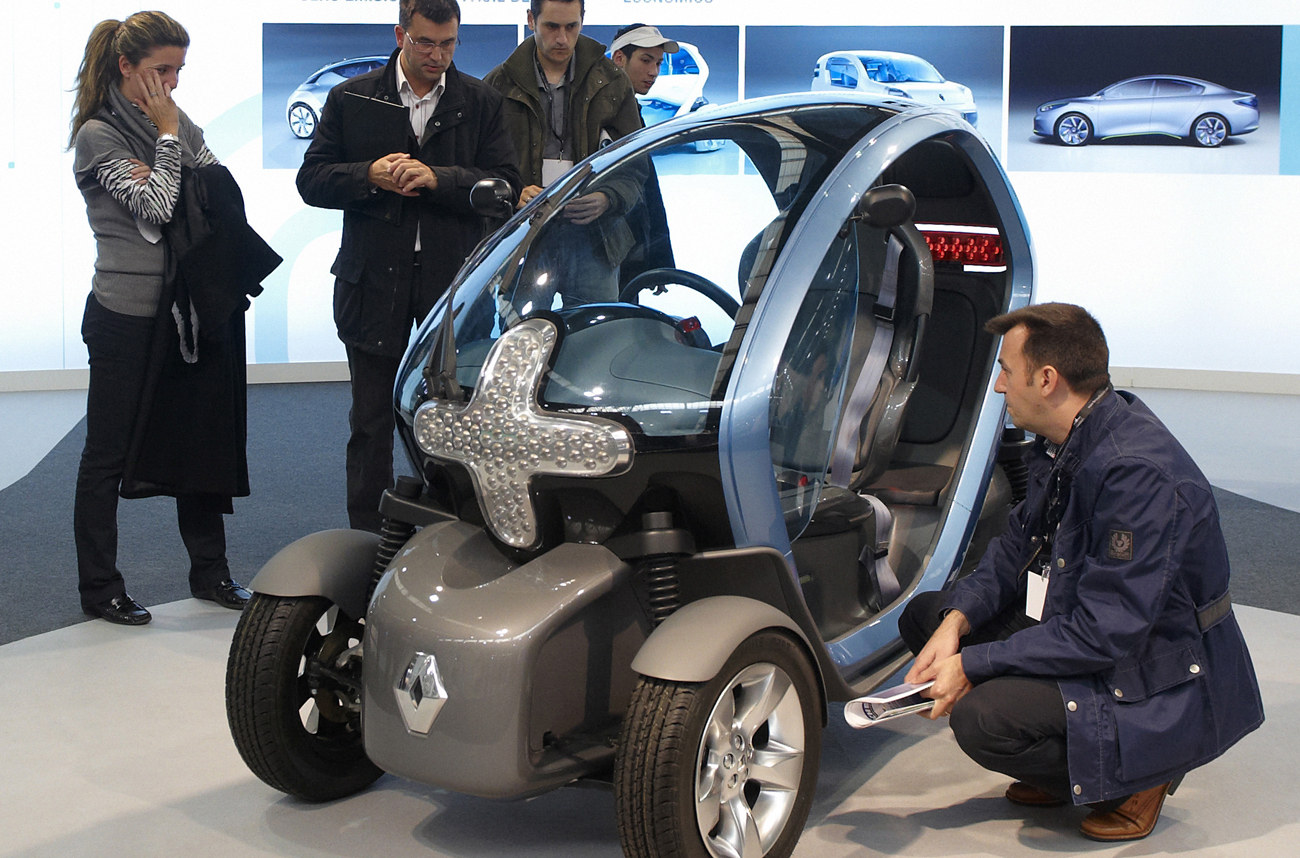 French carmaker Renault has told the country’s government that it would split production of its new Clio model between France and Turkey, and completely build a new electric vehicle in a plant near Paris. The statement comes after a row over retaining French jobs. The French state is Renault’s largest shareholder, owning just more than 15% of the company. Renault chief executive, Carlos Ghosn, said he told French authorities that the carmaker was a socially responsible citizen, attached to its industrial and technological roots, despite French labour costs being substantially higher than those of its global competitors. Like many US and British companies, Renault was bailed out by taxpayer money after world markets crashed, giving the public a much stronger say on how the company is run. That, and the fact that the chauvinistic French believe that French cars destined to be sold in France should be made in France has put the carmaker on the back foot. Vive la France!

The increasingly bitter row between Google and China over hacking and censorship has the potential to burst the dam wall on US-China relations. It’s now a case of who will blink first after Google said it’s no longer willing to filter content on its Chinese language searches, and allegedly threatened to quit the market of nearly 400 million cyber-surfers. The Chinese are now saying there are ways to resolve the issue, which shows that even the world’s largest one-party state is actually recognising what’s at stake. The Chinese are highly belligerent about this sort of thing. The row has led Washington to issue a diplomatic note to China requesting an explanation for cyber-attacks on accounts run by Google that deal with issues of human rights in that country. Google said investigations into the attack show at least 20 other large companies were hit. Hackers in Russia, China and elsewhere have long been accused of stealing technology from the West, but this case has opened a much bigger can of worms over doing business in China. The Chinese recently arrested an Australian-born Chinese executive of global mining giant Rio Tinto on charges of spying. The West invests tens of billion of dollars annually in China, and they’ve just about had enough.

The Chinese have a saying that if you open the window, the mosquitoes come in. That’s what’s happening after banks blocked online donations to charities helping victims of the Haiti earthquake. It seems card thieves use charity donations to check if stolen bank cards work before using them illegally. They make a small donation through a charity website because there are no goods to be delivered, and if that works they know the card is good. For this reason, banks often block first-time payments to charities, despite the majority of donations being authorised and blocked payments easily being cleared. Haitians are in desperate trouble, but it seems the mosquitoes that wander around in cyber-space are intent on making their lives even more miserable.

Despite the uncertain security situation in Iraq, oil majors are piling in to extract the country’s vast resources. Oil titan Shell and Malaysia’s state-run Petronas will now jointly develop Iraq’s nearly 13-billion barrel Majnoon oil field, having beaten a bid from France’s Total and China’s CNPC. The firms say they will increase the output from 46,000 barrels per day to 1.8 million bpd, with prices set at $1.39 a barrel. Shell owns 60% of the venture, while Petronas has the remainder. In a world that’s said to be running out of oil, majors are scrambling to exploit known reserves. Iraq ranks behind only Saudi Arabia and Iran in conventional oil reserves, so the risks of war are just part of an effort to maintain the flow.

Britain says it won’t put a US-style levy on its banks to pay back hard-pressed tax payers who bailed them out during the crash of global financial markets. Chancellor of the Exchequer Alistair Darling says the government has no intention of emulating US President Barack Obama’s proposed 0.15% charge on the biggest US lenders to recover some of the billions spent propping up the firms. Taxpayers in the UK own large chunks of banks, so Darling says he expects to get the public’s money back through selling the shares in future on the back of renewed profits, and in the meanwhile will cash in on dividends. In the US, proposals to tax the banks came after JP Morgan Chase revealed its profits had doubled in 2009. It now says it’ll pay bonuses worth billions of dollars, prompting enraged Americans to demand their money back. Unlike British banks, many US lenders have already paid back their bailouts, so Obama’s new banking tax is the only way left to do this. The Brits have already levied a tax on banker bonuses over $40,000, with an even higher rate for top earners.

Murdoch meets his Saudi money-man to plot the way forward

A Saudi billionaire, who is one of the biggest investors in Rupert Murdoch’s News Corp, has held meetings with the multibillionaire Australian boss of media outlets such as Fox News and The Wall Street Journal. Seems Murdoch and Prince Alwaleed bin Talal would have been able to discuss a range of things, not least that newspapers are in decline and that Google is a blatant copyright infringer. The Saudis, like the Chinese, are big on matters such as censorship, so perhaps some hefty oil revenues will give Murdoch the firepower he needs to block his newspapers, websites and television stations from being the subject of free Google searches. Many journalists reckon News Corp’s take on objectivity is somewhat flawed, and that Murdoch’s battle over free-to-air content is pie-in-the-sky. But maybe an alliance with Saudi royalty and its unending stream of cash will show them who’s boss.