15 January: Algeria, Angola get back on track at Africa...

15 January: Algeria, Angola get back on track at Africa Cup of Nations 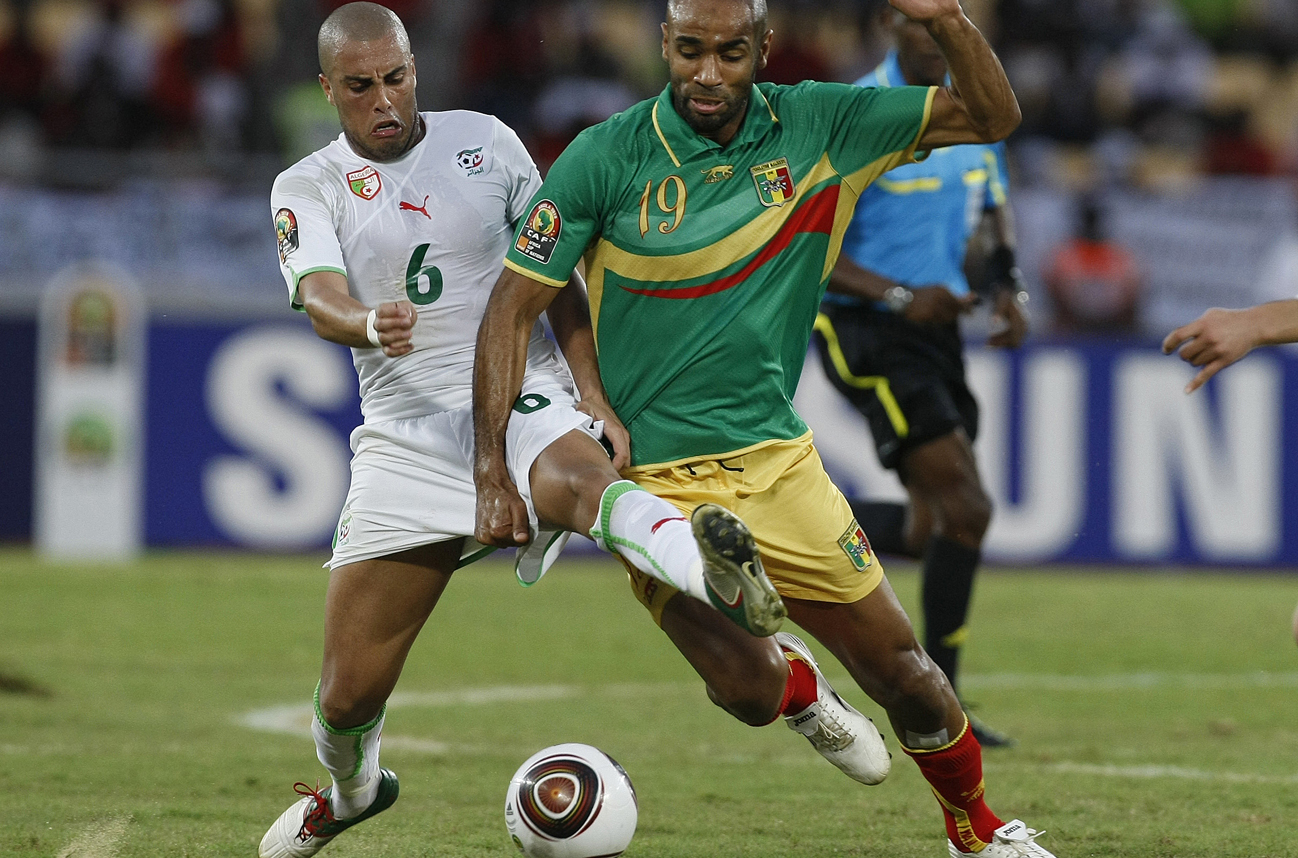 Algeria, Angola get back on track at Africa Cup of Nations

World Cup qualifiers Algeria beat Mali 1-0, putting their shock 3-0 loss to Africa Cup of Nations minnows, Malawi, behind them in their second Group A game of the tournament in Luanda. The goal came after Rafik Halliche headed home a Karim Ziani free-kick in the first half. Mali players Mahamoudou Diarra and Bakary Soumare will miss their final Group A game against Malawi after they both got second yellow cards. Mali must beat Malawi on Monday to make it to the quarter-finals.

In the second game of the day, hosts Angola pushed Malawi from the top of Group A, beating them 2-0 at a noisy November 11 stadium in the capital. This put them back on track in the tournament after they let Mali come back 4-4 with four goals after the 79th minute in a stunning opening game.

Malawi’s team said they were subjected to “psychological warfare and torture” by the Angolans in the build-up to the game. They lodged an official complaint at their treatment, saying they had to cancel a training session before the showdown, after twice finding a local club side practising on their pitch.

The day after a Nigerian judge allowed the country’s vice president to perform all duties on behalf of Muslim President Umaru Yar’Adua without any formal transfer of power, another three cases that seek to clarify who rules the country while Yar’Adua is in hospital in Saudi Arabia were adjourned. Critics say the president acted illegally by not officially handing over power to his deputy Goodluck Jonathan, leading to four legal challenges. Wednesday’s ruling backed the government, saying such a transfer of power was not required by the constitution. Yar’Adua’s seven-week absence has led to rumours that he is brain damaged or dead. Politicians in the country fear a power vacuum might destabilise the nation of some 140 million people, split almost halfway between Muslims and Christians. The president made his first public statement on Tuesday, saying he hoped to return home soon. No doubt certain politicians are making hay by sowing uncertainty in the giant country.

Guinea’s coup leader shocked that he’s not back home

Guinea coup leader Captain Moussa Dadis Camara seems to be making some progress after being shot in the head by an aide who feared he’d be blamed for the massacre of nearly 200 people in the capital, Conakry, late last year. Camara was rushed to hospital in Morocco, and has now been transferred to nearby Burkina Faso, where he’s apparently angry after finding he has to stay there. Reports say he held emergency talks with Guinea’s President Blaise Compaore, who is mediating between Guinea’s military and opposition parties. Camara’s deputy, General Sekouba Konate, has been running the country in Camara’s absence, and recently stated the junta would accept an opposition prime minister and work towards elections. Camara took power in a December 2008 coup and since then things have gone really pear-shaped. It seems that the junta is split between those who back Camara staying in power and those who back a return to civilian rule.

Sudan has executed six men for killing 13 policemen in a riot at a refugee camp in the capital Khartoum in 2005. Five civilians also died. The camp housed refugees from a 22-year north-south civil war. The executions have put further pressure on a fragile peace between northern and southern political groups. The southern Sudan Peoples’ Liberation Movement says five of the men were its members. Rights group Amnesty International says the men may have been tortured into confessing to the killings. Another of the executed men may have been from the troubled Sudanese region of Darfur. The SPLM says this is a political issue, because there were many irregularities in the court proceedings. Sudan is supposed to hold an election in April, which is meant to pave the way for southern secession. The executions will be seen by many members of the opposition to be just another reason for the election to be delayed yet again.

Reports say Mohamed Meziane, the chief executive of Algeria’s state-owned energy giant Sonatrach, is being investigated by anti-corruption officials, having been suspended amid allegations over irregular company tenders for consultancy and security contracts. Sonatrach is a major supplier of gas to Europe, so the immediate appointment of the firm’s vice president, Abdelhafid Feghouli, as Meziane’s stand-in indicates Algiers is concerned about maintaining the stability of its primary source of income. Gas exports make up almost a third of gross domestic product. The government has imposed harsh contract terms on foreign companies in recent years, and analysts fear the trading of oil and natural gas might be affected as the anti-corruption mob go through their paces.

Angola is said to have detained several civilians a week after separatists in Cabinda province attacked the Togo soccer team’s bus ahead of the Africa Cup of Nations, killing and wounding several officials and players. But Cabinda’s prosecutor Antonio Nito says he knows only of two arrests of members of the Front for the Liberation of the Enclave of Cabinda. Two European-based factions of the group have claimed responsibility for the attack, while another Flec faction that signed a ceasefire with Angola in 2006 says it didn’t do it. An Angolan parliamentarian says a university professor and a former police officer are among those arrested in recent days. US-based Human Rights Watch says there are strong indications Angolan authorities have now detained civilians, but with all the uncertainty over who actually fired on the Togo bus, it seems unlikely Angola’s government is doing anything other than trying to terrify Cabindans.