The year ahead in SA politics: COPE

The year ahead in SA politics: COPE 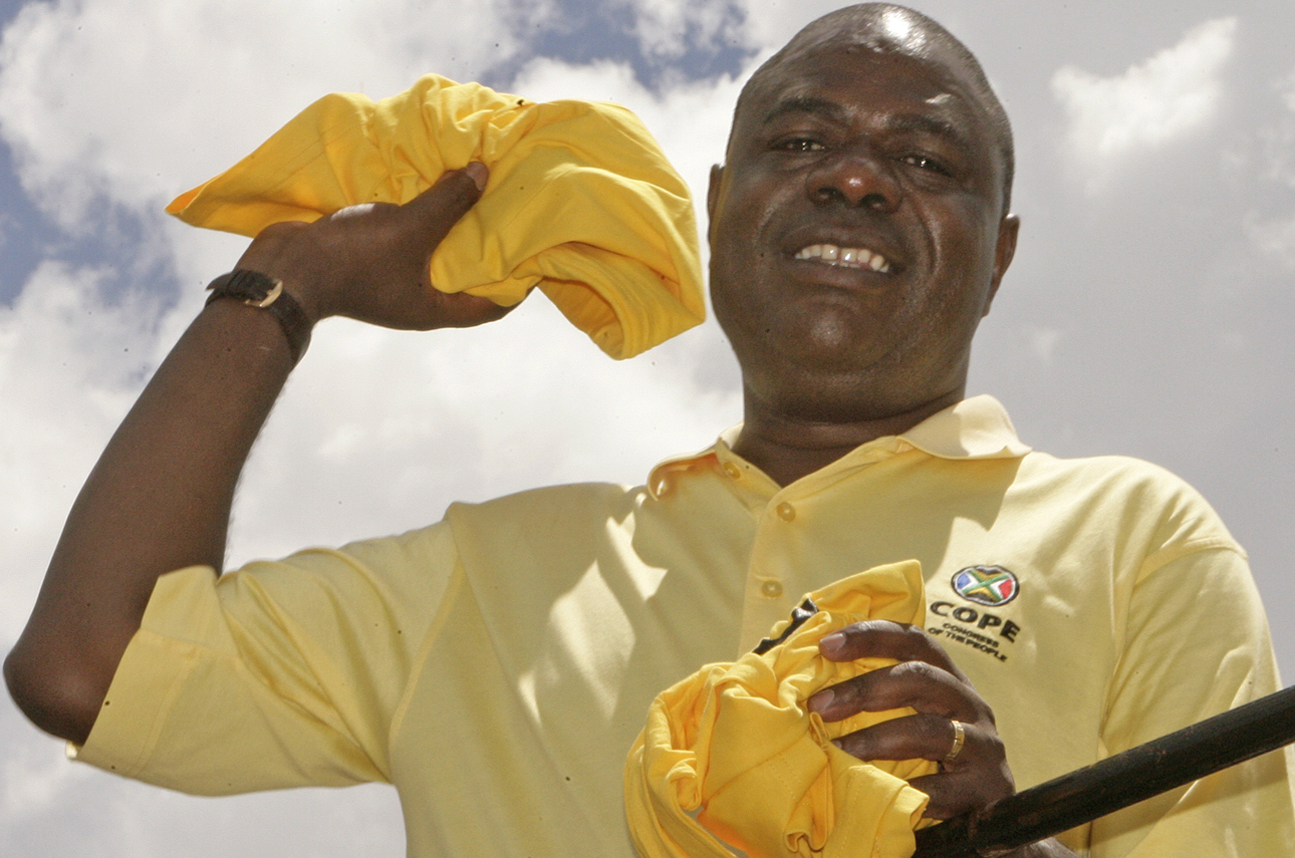 Stephen Grootes was asked by his editor to forecast the year head for Cope. They had a disagreement about what to write.

(This conversation has been edited to remove profanity, swearing and personal insults that added nothing to the debate and ran to several thousand words, much of it repetitive or just plain worthless.)

SG: For me the situation with Cope is simple. Mbhazima Shilowa should take over the blasted thing, and run it properly. Try and run it as he ran Gauteng. And at the same time, try and turn it into a vehicle for people who used to vote ANC, but now don’t want to. People in this country vote their identity. It doesn’t take a rocket scientist to work out how they vote.

ED: But wouldn’t it be better for Shilowa to engineer a union with the DA? Make him the heir-apparent to Helen Zille. Then you get the best of both worlds. Minorities will still vote DA, and Shilowa will attract the black vote.

SG: No ways man. Look, as long as the DA positions itself, deliberately or not, as the voice of the minorities, it’s never going to be a big player. That’s fine; with a bit of luck, it’ll get up to around 30%, that’s not bad. It’ll be nouveau riche blacks, and then whites, Indians and Coloureds.

ED: But not really much of the black vote, so it’ll stay in opposition.

SG: Yes, but hear me out here. If the DA keeps going the way it is, right, so it builds up a stronger majority in the Western Cape, picks up a municipality here and there, which stay remarkably service-delivery-protest-free, then it starts to get momentum. Now, listen, no man, listen.

SG: Yes, but listen, at the same time, Cope with Shilowa in charge, starts to get things going. He’s got to go not ANC member by ANC member, but branch by branch. Mluleki George needs to get off his behind, and go through the Eastern Cape. In that part of the world, people’s lives are in just one geographic community. And they all belong to the ANC branch. You can’t expect them to leave that branch, they’ll be sent to Coventry in a big way. But if you take the whole branch over to Cope, that changes things big time.

ED: But the DA has the national organisation Cope lacks, and it can really make a difference. It can give someone a national profile which they don’t have yet, and Shilowa, with his experience would really give them the edge. And there’s the Mbeki supporters who may go along with him.

SG: Oh come on!! It would be much easier to take the Mbeki supporters to Cope. That way you don’t run the risk of everyone pointing out all the insults Shilowa hurled at the DA for years. And it’s an easier mental leap. Here’s a dream scenario for democracy: the DA keeps going, Cope gets stronger. It doesn’t matter that one’s really a minorities party, while the other more of a disaffected majority party. In the end, you have the ANC, still the biggest, still in power. But with a stronger Cope and a stronger DA, you have a weaker ANC. Say, with around 55% of the vote. That means it has to play its cards very carefully. That would be the quickest way to end cadre deployment and all that crap. So you’d have a much stronger opposition generally. But the ANC, which really deserves to be in power, has to watch itself.

ED: Okay, I see your point, but I still think the easiest way to do it, would be to put Shilowa’s experience and credentials alongside the DA’s proven support base, expertise and organisation. Isn’t amazing that both of us clearly don’t see Mosuia Lekota as a major force, and he’s still the leader? Anyway, I’m the editor around here, go and write up the year ahead for Cope.

(Grootes is a reporter for EWN. If he keeps this up, he may not be a Daily Maverick contributor much longer.)

Photo: Congress of the People (COPE) Deputy President Mbhazima Shilowa throws a t-shirt to his supporters before the start of their election rally in Soweto February 21, 2009. REUTERS/Siphiwe Sibeko