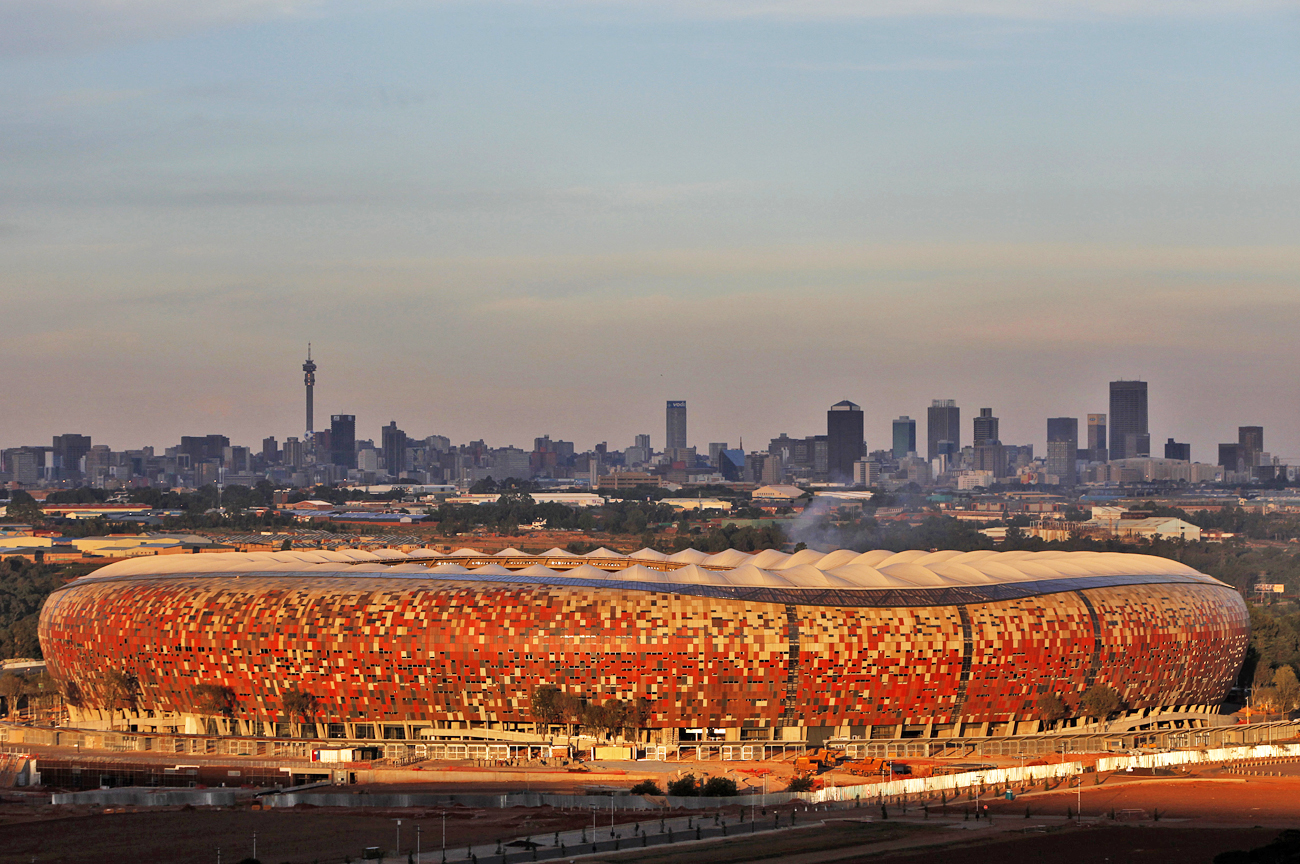 The new stadium on the outskirts of Joburg that’s playing host to the World Cup’s most important events is, in a word, spectacular. Damn unfortunate, then, that stadium management has to be so shortsighted.

The initial email reply from Jacques Grobbelaar, executive chairman of Stadium Management SA, the company responsible for daily operations at Soccer City, said he’d be happy to take us on a tour…for a fee. A sum of “R220 p/p applicable” is how he phrased it. Could we kindly be in contact with one Marilize Ferreira (cell number provided) to arrange payment?

My colleague, a Canadian journalist and published author out here to do a feature piece for a big North American magazine, emailed back the following:

“I’m slightly confused about payment. It’s a tad irregular, given the fact that I’m working on a story. Please explain, so I can forward this to my editors.”

“I am sure that you will understand we arrange tours on an almost daily basis on behalf of the print media, we employ staff to execute these tours and therefore a cost is applicable. In fact, this is an international trend.”

It is? I don’t wish to appear cocky, but my Canadian friend and I have about twenty years of journalism experience between us on a range of continents, and it’s actually our job to notice trends, so we’re still wondering how this one got past us.

Maybe you, dear reader, can help. Here’s a short recap of the facts to assist you: Mr Grobbelaar, the man in charge of the subject of the story, is telling us, the journalists, that we need to pay for access to said subject because there’s a whole bunch of other journalists equally interested in said subject and it takes a whack of people to service said interest and, oh yeah, you may be too provincial to know this but such deals are becoming standard practice in the real world.

Or, to be more succinct, you (the media) need us (the soccer show heavies) more than we need you, and it’s best you get used to it.

So what’s going on? Is this the end of the fourth estate as we know it, or am I just whining about market economics? Is it only fair that journos pay for access to the planet’s biggest stories? Is editorial integrity simply being exposed for the empty myth it always was? Has the balance of power shifted so significantly that the media’s own high-achieving children no longer need to show gratitude for the publicity on which they were nourished? Is Frankenstein now at large in the village?

Here’s what I think. While Stadium Management SA claim to have nothing to do with FIFA, the two organisations are of the same species. As Ivo Vegter convincingly argued in a recent column for this site, the international football body has “hijacked our government,” and it’s therefore no surprise that comparable statements can be made about some of the other official bodies involved with the World Cup. To wit: just as FIFA has granted itself special privileges not available to most South African citizens, the management team of the tournament’s flagship stadium has granted itself special privileges not available to most (or any) entities that seek media attention. Just as FIFA’s endemic arrogance shines on the fans, journalists and host-country citizens interested in the World Cup, so does Stadium Management SA’s.

Which is a pity, because Soccer City is a stunningly beautiful stadium – and this article could’ve opened on that note.

The construction project that began on 17 January 2007, which saw the east, south and north stands of the old stadium demolished to make way for the new, is in every sense an unqualified success: practically, technologically, aesthetically. But it’s in the last sense that Soccer City truly inspires. The stadium lies amongst the mine dumps south-west of Joburg as if it’s always been there, the earth-tone colours of its outer “calabash” shell reflecting African-ness and festivity without being mawkish or slick.

From almost any angle Soccer City’s subtle curves augment the Joburg horizon; you can easily imagine the awesomeness of the aerial shots on the day of the final – the helicopter moving north-east over Soweto, the dumps in the foreground the same shade as the huge stadium awnings, the mineshaft and ferris wheel of Gold Reef City in the middle ground, the Joburg CBD dominated by the Telkom Tower (with its giant football necklace) on the horizon.

On the day of the opening ceremony, though, the aerial shots are going to be especially awesome. If the stadium is the calabash, the entrance gates surrounding it are the fire in the African homebrew process, and when World Cup 2010 is officially opened the Y-shaped concrete roof above the gates will be set alight in a massive burning ring.

But again, there’s also substance to the beauty. The R2.8 billion project, designed by Boogertman Urban Edge and Partners with Grinaker-LTA/ BAM International as the main contractors, is serviced by a stairless outer concrete ramp to provide ease of access to its 90,000-capacity public, has its own auditorium with 200 seats for news conferences, boasts state-of-the-art screens, sound and lighting, and even hides in its bowels a large warm-up room with nets and rubber flooring for the players. There’s an irrigation moat surrounding the pitch that can be used in the event of a water shortage, six enormous generators to be used as back-up in the event of an Eskom crisis, and holding cells (directly underneath the sumptuous presidential suites) to subdue over-exuberant fans.

Soccer City, in short, is a triumph; one that should make every resident of Jozi proud. To see it is to be persuaded that the 2010 World Cup will be a triumph too.

And while my Canadian colleague and I are yet to contact Stadium Management SA to pay them for the privilege of our visit yesterday, we just want them to know something: every word above is free.