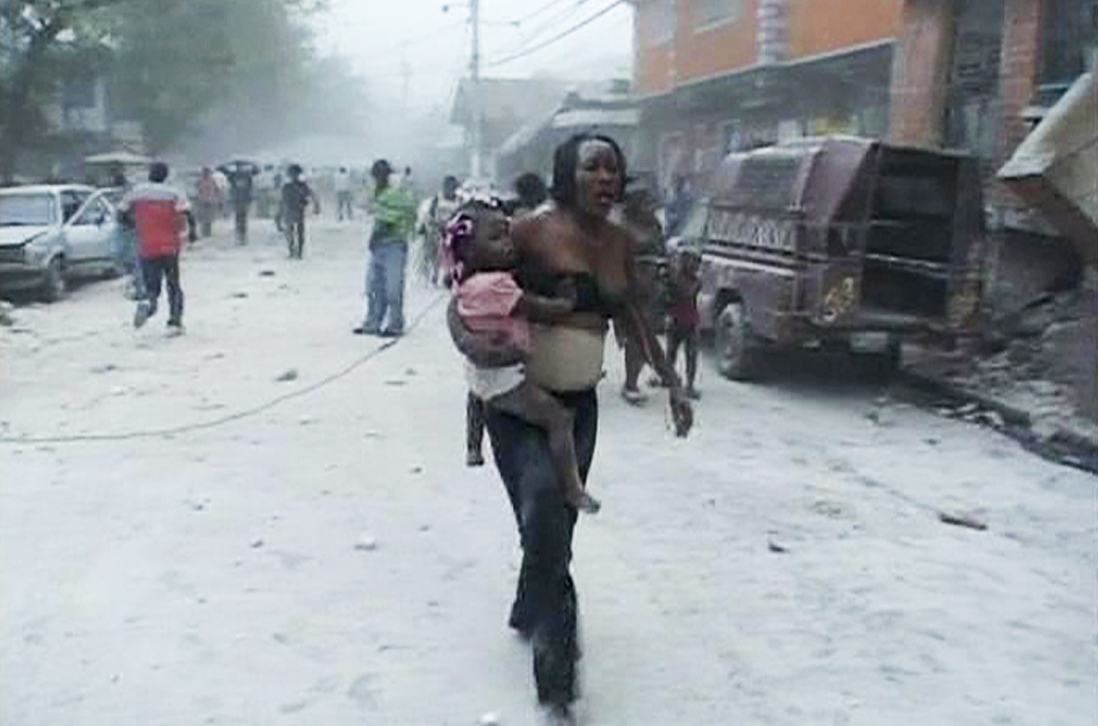 There is an old saying, often used by socially-activist priests: “God must truly love the poor, he made so many of them.”  Maybe He feels the same way about failed states – there are so many of those as well. Contemporary Hobbesian universes around the world like Moldova, Somalia, Chad and Afghanistan all come readily to mind. But if you really want to travel to an easily-accessible world leader in failed statedom, you almost certainly need to book your flight – or ship passage, perhaps - to Port-au-Prince, Haiti.

They’ve been at it assiduously for over two centuries in that unhappy place, and they’ve gotten rather good at it. And the Haitians have apparently peeved Mother Nature as well, what with a near-constant stream of hurricanes, floods, famine, pestilence, deforestation – and, of course, the occasional earthquake. All six horses of the apocalypse. Haiti is placed both in the hurricane zone and near an earthquake zone, just for good measure. This most recent earthquake, the one that struck Port-au-Prince in the early evening of January 12, is going to be a real benchmark for Haitian troubles. As the days wear on, we will see more video footage of the devastation and we’ll be suitably numbed by the suffering and the casualty count.

Haiti was one of the places Christopher Columbus first “discovered” in the New World over five hundred years ago, when he was convinced he had landed on the easternmost reaches of Asia. What he had landed on was a lush, tropical island inhabited by the Taino Indians. Columbus claimed the whole island for Spain and called it Hispaniola. The first Spanish conquerors and settlers basically killed off the Taino and began to bring in African slaves to clear the land. Soon enough, the French seized the western third of the island and aggressively harvested native hardwoods and planted sugar cane throughout their share of the island.

By the mid-1700s, it was one of the richest colonies in the world, supplying a significant share of the world’s sugar, as a slave economy. In fact, as the British conquered Canada in 1763 from the French, the French were relieved to be able to hold onto Haiti – it was that valuable as an agro-business project. By 1767 it was exporting 72 million pounds of unrefined sugar and 51 million more pounds of refined sugar, a million pounds of indigo (as a dyestuff) and some two million pounds of cotton. The colony was dubbed the “Pearl of the Antilles” as a result. By the 1780s, the colony was producing 40% of all the sugar and 60 % of all the coffee consumed in Europe.

By Napoleon’s time, conditions on Haiti – for the slaves – had gotten so bad that they rebelled across the island and put their faith in a variety of crazed but militarily brilliant former slaves who built gargantuan fortresses and other follies, but beat off sustained efforts by Napoleon’s generals to subdue the island and its inhabitants. By 1804, under Toussaint L’Ouverture, Haiti proclaimed and held onto its independence, becoming the first black republic and second independent nation in the Western Hemisphere in the process.

However, things went downhill from there. By the late 1860s, Haitians were actively hoping the Americans would annex the country and put it out of its misery as an independent nation. As the years rolled by, the US sent in the Marines to take over the country’s taxes, customs duties and international obligations. Along the way, the increasingly desperate population systematically cut down most of the  trees on its mountainsides to use as firewood or feedstock for charcoal-making. Denuding these hillsides had a catastrophic effect on soil erosion and fertility. Zoom in on Haiti’s border with the Dominican Republic via Google Earth and you can see the difference in land colour from reddish brown to rich greens.

If the 18th and 19th centuries were tough for Haitians, the 20th century may have been worse. Haiti’s long-ruling dictator, “Papa Doc” Duvalier, ran the country for decades through the twinned corrosive tools of “Voo Doo” or “Voo Hou” – an offshoot of traditional African beliefs mixed with Christian elements – and his paramilitary police, the “Tonton Macote.” Once Papa Doc finally died, he was replaced by his equally unpleasant, but less efficient, son, Jean-Paul “Baby Doc” Duvalier, who was replaced by a successive series of other venal rulers, including South Africa’s perpetual state guest, Jean-Bertrand Aristide. Currently, a major UN peacekeeping effort is giving Haiti some increased domestic security and keeping crime in check, but it has not been able to give the country long-term political stability. Not yet, anyway.

In recent years, the country became a source for thousands of desperate economic refugees who usually aimed for the US on the most astonishingly rickety collection of boats, and was an early vector for the HIV/AIDS infection. In fact researchers were severely tried, initially, by the disease’s unusual prevalence among Haitians.

The first international news video footage of this week’s earthquake, including video-streaming and cell-phone streaming images via satellite phones, gives a shocking sense of the scale of the disaster from the magnitude 7 Richter scale quake (the worst for Haiti in over 200 years) and a continuing series of lesser aftershocks. US geological experts explain that although Haiti sits atop a relatively stable tectonic region, it is one that is split by a fault similar to the more familiar San Andreas Fault in California.

Probably the country’s best-built building, the Presidential palace has been severely damaged. Many other buildings are in much, much worse shape – on down to totally collapsed houses, shacks and small business premises. A former Oxfam staffer living in  Port-au-Prince, communicated back to her former organisation to say, “There is a blanket of dust rising from the valley south of the capital,” agency officials said Ms. van de Wetering had told them. “We can hear people calling for help from every corner. The aftershocks are ongoing and making people very nervous.”

But worse will follow. Louise Ivers, the clinical director of the NGO, Partners in Health, sent an email to overseas colleagues that read: “Port-au-Prince is devastated, lot of deaths. SOS. SOS … Temporary field hospital by us at UNDP needs supplies, pain meds, bandages. Please help us.” Not good. Basic medical services like this will be severely tested.  Now even basic sanitation is disrupted, water supplies are going to be contaminated, food supplies are in danger and basic shelter similarly becomes unavailable.

Inevitably, foreign disaster assistance will arrive, the International Red Cross and other NGOs will set up their efforts, and international agencies will ramp up their work in Haiti. Sadly, Haiti’s agonies will continue even after the rubble is cleared and basic services are available. Haiti’s fundamental problem is a lack of effective governance to respond to  man-made – as well as natural – disasters on this sad nation that lies next to an inviting, warm, cerulean blue Caribbean Sea.

For more, see the New York Times, the AP, and historical primary sources