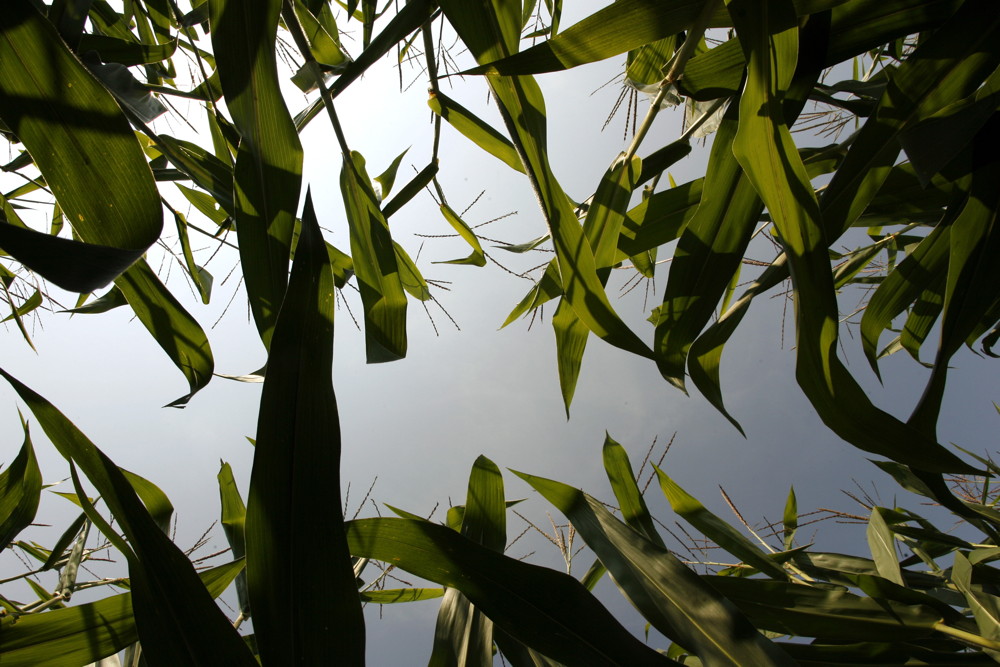 The US has produced record corn and soybean crops, meaning that over-production may aggravate a drop in prices to more than 20% before September’s next harvest. As the world’s largest grower and exporter of the crops, this could presage a long-term bear market in the sector, say industry observers. They fear corn futures for December delivery may drop 28% to $3 a bushel by September, while soybeans for November delivery could see a decline of 22% to as low as $7.50 a bushel. To add to their woes, the US department of agriculture says wheat inventories rose 24% in 2009, caused by a drop in world demand as production increased. The US is also the world’s largest producer of wheat. The law of supply and demand has kicked in, sending prices plummeting. US farmers are set to sow more corn and soybeans this year on land used for winter wheat. The land was left fallow in the latter part of 2009 because of heavy rain. This will further ramp up corn and soybean output, putting more pressure on prices. If it doesn’t rain, it pours. However, consumers around the world will likely benefit from this. Farmers worldwide increased production of all these crops after prices soared to records in 2008. Now, the record excess in production means falling prices, though this could soon turn into food shortages again, and renewed price increases, as farmers see lower profits, driven by current low prices, hitting their production.

US Fed makes billions on returns from bailout funds

The US Federal Reserve has benefited from its $700 million bailout of the country’s financial system, recording a record profit of $46.1 billion in 2009 on the back of the central bank’s investments into the US market. The Fed’s usual role is to ensure stable monetary policy, but these are unusual times, after taxpayer money rescued the nation’s biggest financial firms and effectively nationalised the economy. Now the Fed is swimming in profits as Wall Street firms start to recover. The Fed is normally funded by its earnings, with profits being turned over to the central government. But this time around it’s made exceptional gains, although these may be relatively shortlived, as the Fed sees losses in future when it starts selling Treasury bonds and other assets it bought in unprecedented amounts.

China is in danger of heading into a property bubble fuelled by rampant speculation – a situation that brought Japan to its knees in the 1990s and crashed the US market in October 2008. The government has renewed a pledge to curb runaway prices in the sector after China quickly bounced back from the global recession to record more than 8% growth in gross domestic product. This has seen a return to excessive bank lending, so now the central bank has tightened bank reserve requirements by half-a-percent. The main Shanghai composite index has fallen 3% on the news, which affected Asian stock markets. If China sneezes, regional markets get runny noses, and investors everywhere start to worry about the cold spreading. The Chinese are also squeezing money supply, which leads to a drop in credit, but this hasn’t stopped bank lending from surging in the first week of January. For now, markets are holding their breath.

Google, which is involved in a fracas with 8,000 Chinese authors over copyright issues, now says it will stop cooperating with Chinese Internet censorship and is considering shutting down its operations in China altogether. The company has been the target of Internet hackers and suspects some of these originate from Chinese government attacks on Gmail accounts linked to the country’s human rights activists. It would be a huge step to exit the Chinese market on principle as the nation has some 300 million Web users. Censorship has been a bugbear for Google ever since it entered China’s market in 2006 under an official arrangement to purge Chinese search results of banned topics. This gave it a bad name in the West, so now the company has reached a crossroads.

Everybody is at the Detroit car show, seeking to sell their wares in what has been one of the worst times ever for the global car industry. But for some manufacturers such as Volkswagen and Toyota, things are looking up. This is causing concern among the Big Three US manufacturers, as foreign competition erodes their predominance in the US car market. But there’s a new entrant knocking at the door, in the form of China’s BYD Auto, which announced its intention to sell an electric car in California by the end of the year. This would make it the first company to sell Chinese vehicles in the US. It has many hurdles to jump, not least meeting US standards and arranging a dealer network, but success could mean a foot in the door of what is now the second largest car market after China. Consumers are going for smaller, more fuel-efficient vehicles, and the drive for zero emissions because of fears over global warming could mean electric cars become the future of the industry. Ford announced an all-electric version of its Focus model this week, but the increasing technical and marketing prowess of China’s carmakers could see them repeat the success of Japan’s (and South Korea’s) entry into the US market many years ago.

JAL, Japan’s national carrier, may file for bankruptcy protection next week, but that doesn’t spell the end of the airline – just a huge headache of spiralling debt that must then be slowed down. The first step would entail the state-backed Enterprise Turnaround Initiative Corp of Japan providing a capital injection of about $3.3 billion. As part of the process, the ETIC wants banks to forgive nearly $4 billion in debt. Then Japan Airlines would proceed to file for protection from creditors under the Corporate Rehabilitation Law, whereby management is replaced by a court-appointed trustee who administers the company’s business and assets. So, JAL would get lots of help from government to resolve its $16 billion in total liabilities. In the meantime, American Airlines and partners have sweetened their offer to invest $1.1 billion in JAL to $1.4 billion, with rival US carrier Delta promising a $1 billion package, and hundreds of millions of dollars in revenues from code-sharing its bigger network. But shares in JAL have just fallen to a new record low of 7.7 US cents, denuding the airline’s market value by about $1.8 billion over two days to $200 million. Pretty soon it could be worth nothing at all, which means bankruptcy is the only route to take.