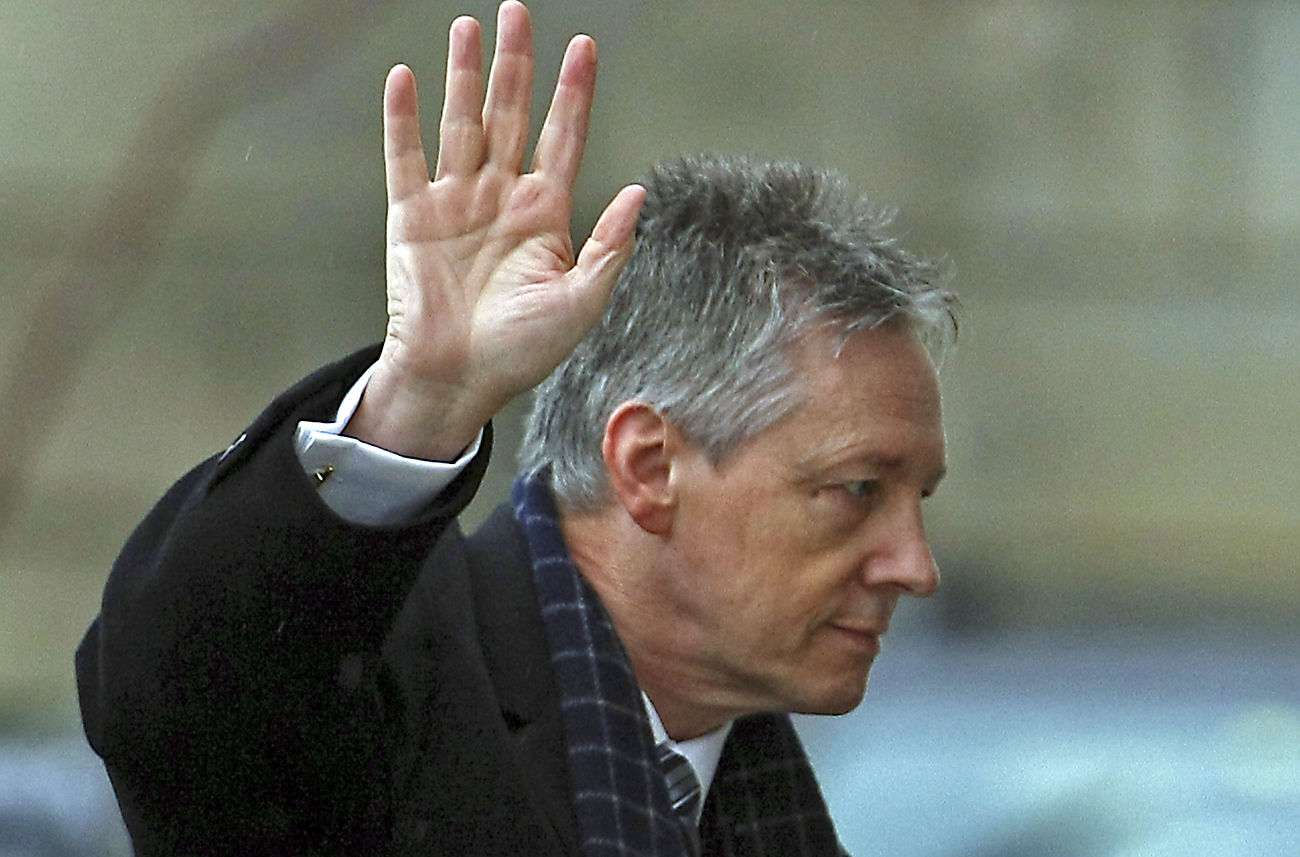 Northern Ireland First Minister Peter Robinson has temporarily quit office after his wife’s affair with a teenager tarnished his credibility. Robinson heads up the power-sharing government in the British province of Ulster, where Catholics and Protestants are recovering from a 30-year civil war that killed thousands. Apart from the scandal generated by the affair (and the jokes in newspapers derived from the 1967 movie The Graduate, starring a youthful Dustin Hoffman), Robinson’s wife Iris, who is a British MP, helped her 19-year-old lover raise some $75,000 for a business he wanted to start, without informing parliament. The revelations have angered Robinson’s socially conservative Protestant power base, and threatened the fragile coalition government after a recent surge in attacks by Irish Republican Army dissidents. Mrs Robinson’s sexploits have all the ingredients of a humdinger kiss-and-tell – sex, money and politics – so she’ll likely be a rich woman when the scandal dies down.

Yemen doesn’t have much choice but to cooperate with the US after a would-be Nigerian plane bomber failed in his attempt to blow up Northwest Airlines flight 253 over Detroit on Christmas Day. Al-Qaeda in Yemen plotted that nasty little holiday surprise, so when memories of the suicide bombing of the USS Cole in 2000 came flooding back, the Yemenis could only expect that the US would again be interested in their desert lands. But there’s much to be wary of, for both sides, after an influential Yemeni cleric warned the country not to allow foreign powers to occupy it. The cleric, Abdul-Majid al-Zindani, is listed as a terrorist by the US and the UN for suspected links to al-Qaeda. The US has vowed to continue to support Yemen in its fight against militants, and says it won’t (yet) send troops there. Yemen never got round to sanctioning Zindani, who heads up al-Iman University, a Sunni religious school in the capital Sanaa. Seeing as the US Treasury Department and the UN list him as a “specially designated global terrorist”, the Yemenis will now be under fierce pressure to do something about him.

North Koreans up to their usual tricks in new offer

North Korea says it wants to replace the armistice that ended the Korean War in 1953 with a formal peace treaty, indicating it won’t give up its nuclear weapons until Washington signs an accord. The US dismissed the overture, saying unless the country returns to the six-nation talks on its nuclear weapons programme, there’s nothing to chat about. North Korea wants the peace talks to be held either as part of the six-nation talks, which include the US, Russia, China, Japan and South Korea, or as separate negotiations. But seeing as it left the six-nation talks in April last year, after the UN imposed sanctions on the country for conducting nuclear and ballistic missile tests, the tiny and paranoid Stalinist dictatorship is not going to be able to call the shots.

Afghanistan’s harsh winter used to mean a lull in fighting, but that’s changed with the deaths of six Nato troops in three separate attacks. Now, US commanders and their Taliban counterparts have vowed to skip the traditional cessation in hostilities that saw a big decline in the use of body bags between December and March. US troop levels nearly doubled in 2009, so the scale of fighting has massively increased, and a crackdown on insurgents by Pakistan’s military along that country’s border has made it harder for insurgents to rest up there. The main reason the fighting now continues during the harsh winter months is that the Taliban have consolidated their hold over a large swathe of southern Afghanistan. And a change in tactics (seemingly methods imported from Iraq) has seen them use improvised explosive devices and suicide bombers who aren’t affected by the weather.

Italy has put more than a thousand African workers on buses and trains in the far southern Italian region of Calabria and shipped them off to immigrant detention centres. This comes after some of the worst riots in years in the city of Rosarno. It sounds like South Africa, whether black spot removals under apartheid, Red Ants removing squatters, or the shipping of Mozambicans and Zimbabweans across the border. The Italians began bulldozing immigrant encampments outside Rosarno over the weekend, after violence ignited when a legal immigrant from Togo was slightly wounded in a pellet-gun attack. It’s not clear who pulled the trigger, but all hell broke loose as rioters burned cars and smashed shop windows over two days. With Rosarno being quite near Sicily, Italian authorities are now wondering if the mafia was involved. We reckon it was probably just racism and economic hardship, with the mafia acting as a third force. That’s how it usually works.

Archaeologists have discovered the remains of an 8,000-year-old building in Tel Aviv near the Ayalon River, as well as hippopotamus bones and ancient flint tools dating from 13,000 to 100,000 years ago. It’s the earliest structure ever found in a city that’s surrounded by antiquity. Researchers think the three-room structure was built in the Neolithic period, when humans changed from a nomadic existence to agriculture. Modern Tel Aviv is Israel’s financial and cultural centre, and was built on barren sand dunes some 100 years ago. It’s nice to know that the city can now add “prehistoric culture” to its list of attractions.