The year ahead in SA politics: Helen Zille

The year ahead in SA politics: Helen Zille 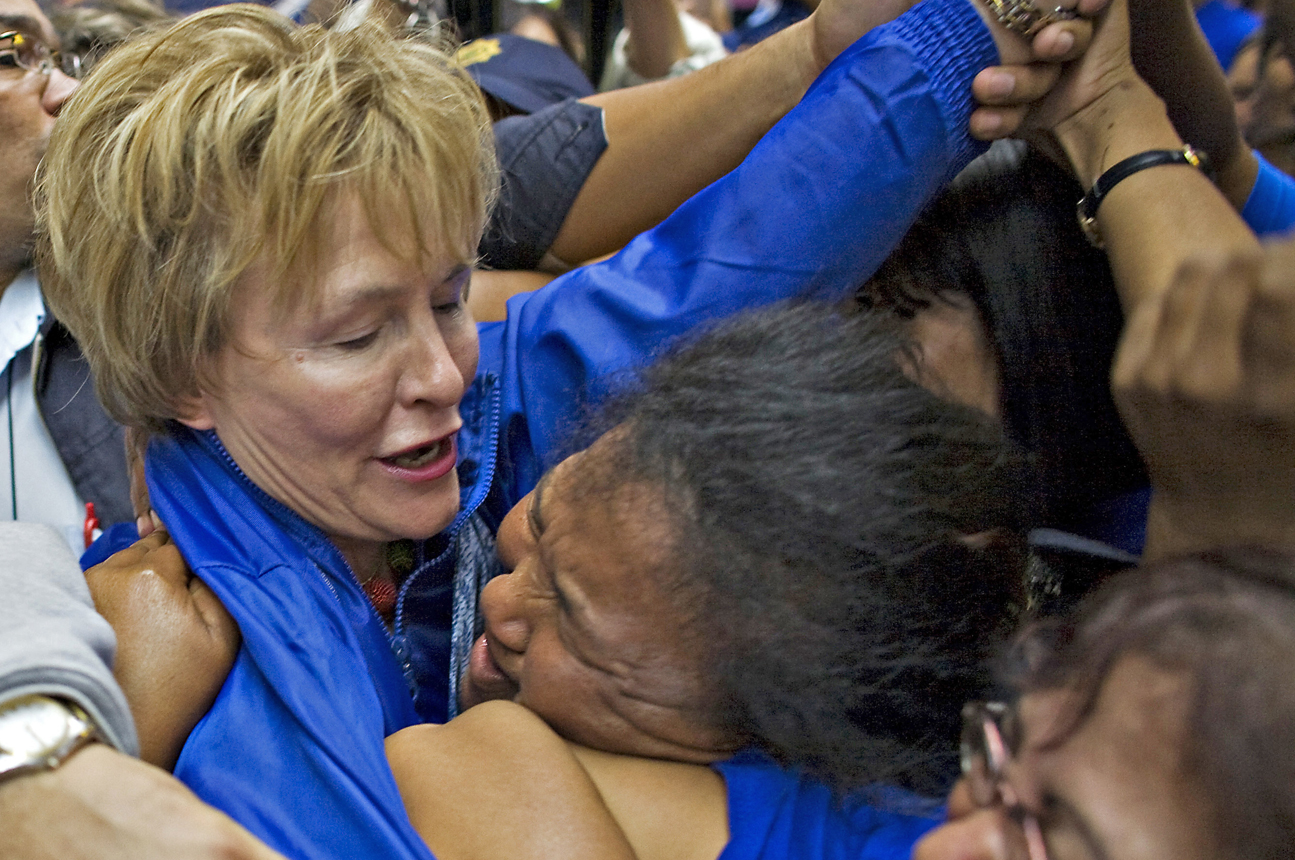 The Democratic Alliance's leader Helen Zille has a slightly different political burden from her African National Congress counterparts. She is facing some of the tougher pressures of governance, but with a fairly united party behind her. And this makes her tasks for the year rather interesting, in a good kind of way.

As Western Cape premier, she has to ensure the province is better governed than the other eight. More importantly, she has to make it appear better governed. As the DA has excelled in the spin area for the last few years, that shouldn’t be a problem. It does mean, though, that at some point this year something may go badly wrong and she will have to deal with it herself. Of course, Helen being Helen, her most likely strategy will be to publicly take responsibility for it, show she’s actually doing something about it and so turn a liability into an asset. (Luthuli House should take note.)

Normally, with the ANC in the province in opposition, they would be Zille’s main enemies. But regardless of national leadership’s best efforts, the ANC in Western Cape seems divided at the moment and with not much hope of reconciliation between the opposing factions. Don’t forget, this is the ANC provincial organisation where people get stabbed and bring bodyguards to meetings; it’s also the crowd that brought us Tony Yengeni. As a result, it is not really a force, and it only garnered about 30% of the vote in the 2009 elections.

That leaves the unions as Zille’s main nemeses. And they truly can’t stand her. So expect another year of Cosatu marches on the premier’s residence. Expect organised resistance to Zille’s plans and much use of the word “racist”. But, with a little planning and some clever politicking, Zille’s government is likely to improve things there a little.

Already, anecdotally, Gautengers returning from the “fishing village” are talking wistfully about how all the streets are clean, the lights work and even the taxis seem to fear the police. Zille was able to fire metro police officers who went on an illegal strike while the Joburg city council hasn’t been able to fire officers who shot live ammo at the national police! That’s the kind of difference she will want to be seen to be making, on a provincial level. And, of course, she will get her opportunity to shine internationally during the World Cup.

The ANC knows this, and so relations between the province and the national government are going to be, how shall we put it, interesting. Zille’s MECs with real power, education and health are likely to be very vocal in those meetings with their provincial counterparts and the national minister. No doubt, Zille will have told them to speak their minds. And to act on what they say.

At a national level, the DA will keep up the drip-drip bad publicity machine against the ANC. After being able to drag out “Car-gate” for more than six months, she will ask each ministry how much money it spent on entertainment for staff, or something equally embarrassing. There will no doubt be plenty for her MPs to keep commenting on about the behaviour of ANC members, both inside the House and outside it.

Zille also needs to manage her roles carefully. She’s done that well until now, but she will need to maintain her relationship with the party’s Parliamentary caucus. That should be pretty easy, considering it means talking to Athol Trollip, the Parliamentary leader of the opposition. He’s an affable guy, easy to chat to and will have put the fact that he ran against her for the party’s leadership behind him.

The day Zille took over the DA, there was a cartoon in Business Day newspaper, depicting a flight of stairs. At the bottom was Tony Leon, creating the idea of a viable opposition (to Madiba, nogal). At the top was the DA in government. The middle section was labelled “the hard part”. For Zille, running the Western Cape in a way that is seen to be better and, crucially, more inclusive than the rest of the country, is the hard part. And there will be plenty of it in 2010.