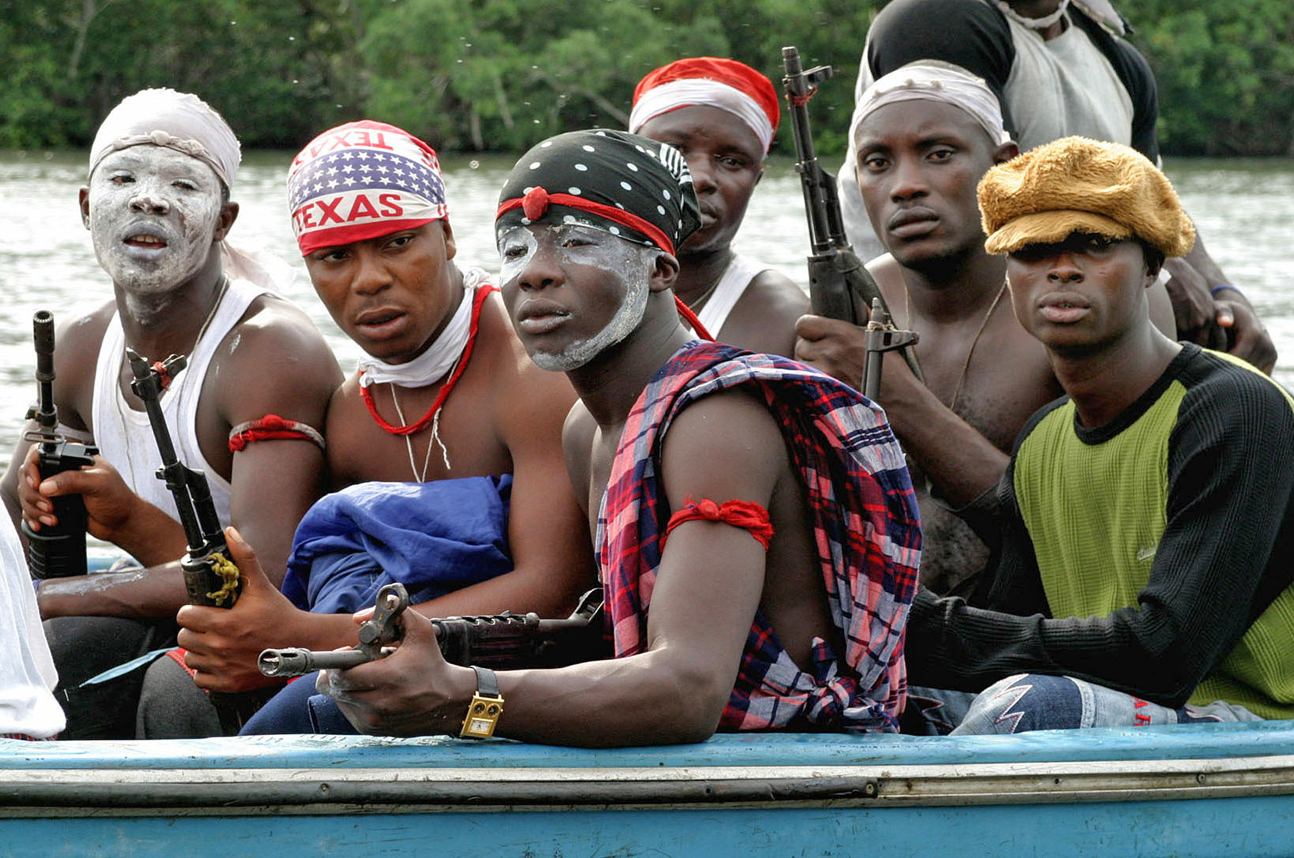 Nigerian gunmen attack Chevron pipeline in oil-rich delta; Egyptian students don surgical masks in place of veils to write exams; Ivorian election still a case of ‘yes we can’, ‘no we can’t’.

Gunmen in the Niger Delta this weekend attacked an oil pipeline operated by US oil major Chevron forcing the company to shut down its 20,000 barrels a day of crude production. It doesn’t have anything to do with al-Qaeda (not yet, at least), despite the paranoia that pervades the world after the failed bombing of Northwest Airlines Flight 253 over Detroit by the young Nigerian Umar Farouk Abdulmutallab. Instead, the attack comes after thousands of rebels in Nigeria’s oil-rich Delta State late last year laid down their arms in a presidential amnesty. But not all rebels took the amnesty (these guys have names like General Boyloaf), and although reports say no group has claimed responsibility for the Chevron attack, a statement put out by the Movement for the Emancipation of the Niger Delta (once a big player in oil sabotage, and now supposedly not), says the group sanctioned the attack, but that its fighters were not involved (go figure). The resurgence of violence may be due to the fact that in the past few months, Nigerian President Umaru Yar’Adua has been treated for heart problems in Saudi Arabia. This has led many to fear that a power vacuum has opened up in Nigeria. There were earlier complaints that the amnesty had not provided the promised education and job opportunities to former rebels, so now with the president out of action, any impetus to resolve the Niger Delta violence may have gone the way of many good deeds in the endemically corrupt Nigerian bureaucracy.

In Turkey, the president’s wife broke with years of tradition in the secular Muslim country by wearing a headscarf in public appearances, and in so doing, changed the political landscape. And it’s only recently that female university students have been allowed to wear headscarves to classes. This weekend, across the Mediterranean, a group of female students wore surgical masks at Cairo University to get around a government ban on the full face veil in exams. But, unlike in Turkey, the Egyptian government said it brought in the ban because male and female students were using the veil to disguise themselves as other candidates. The whole issue goes much deeper than that, though, and is based on the complexities of realpolitik. The Egyptians, like the Turks, fear the strictness of Saudi Arabia-based Wahhabi ideology (which is the stuff of al-Qaeda). Turkey has been trying for years to enter the European Union, and the Egyptians are a big recipient of US aid for their stabilising role in the Middle East. Back at Cairo University, the dean of the faculty of science ordered supervisors to withhold exam papers from women who wore the veil, saying they’ll be treated as though they cheated. But to save face, he allowed them to wear their surgical masks.

Ivorian election still a case of ‘yes we can’, ‘no we can’t’

Ivory Coast’s electoral commission says it’s settled all legal disputes over its provisional voter list, but that’s not likely to lead to a February election repeatedly postponed since 2005, as President Laurent Gbagbo immediately accused the commission of admitting nearly half-a-million possibly illegitimate names on to the register. Ethnicity plays a huge part in the current state of affairs in Ivory Coast, which fought a civil war from 2002 to 2003 that split the country in two (north and south). So, it looks like another round of filibustering will keep tensions boiling in a country that borders Liberia, Guinea, Mali, Burkina Faso and Ghana. Many of its neighbours can’t be said to be stable places (Guinea’s coup leader was recently shot in the head by an aide, and Liberia fought a long and brutal series of civil wars until 2003). And Ivory Coast itself suffered two coups d’état in 1999 and 2001. A former prime minister, Alassane Ouattara, who represents a party which has its support base in the north of the country, was once stripped of his Ivorian nationality and barred from running in presidential elections on the pretext that both his parents weren’t Ivorian. This was later reversed, and he’s running in this poll, if it ever gets off the ground in this ethnically-challenged former French colony.

Usually the media reports the ongoing brutality of Somalia’s radical Islamist al-Shabaab rebel group, but now a pro-government militia has publicly executed a commander of al-Shabaab in the chaotic Horn of Africa state. The Ahlu Sunna Waljamaca militia is aligned to Somalia’s fragile UN-backed government – which controls a few blocks of the capital, Mogadishu – and is battling al-Shabaab in the country’s central region. The US says al-Shabaab is a proxy of al-Qaeda (and was involved in a recent helicopter raid that killed its members), which makes one wonder how the Americans will reconcile a public execution by one of their own proxies. An Ahlu Sunna Waljamaca spokesman told Reuters his group doesn’t normally kill al-Shabaab members, but detains them and often releases them. Now, the group says it will execute al-Shabaab members who kill innocents. Al-Shabaab regularly conducts executions, stonings and amputations in Somalia’s southern and central regions, which it controls. Somalia is pretty close to Yemen, which is linked to the Nigerian would-be bomber who tried to take down a Detroit-bound plane over Christmas. It’s a space to watch, as things will soon become much uglier.

Algerians kill Islamist militants, but the fear goes on

Algerian security forces have killed 10 Islamist rebels some 400km east of the capital, Algiers. The militants operate openly in the name of al-Qaeda in the Maghreb region of the Sahara, and are responsible for bombings and kidnappings in Algeria, and similar attacks further afield in places such as Mali and Mauritania. Algerian authorities say they’ve killed or captured hundreds of insurgents and have persuaded many others to lay down their arms, leaving only a small core of fighters. That may not be enough to calm fears in the West, which worries that al-Qaeda’s North African Wing might use the Sahara region to launch attacks into Europe and further afield.