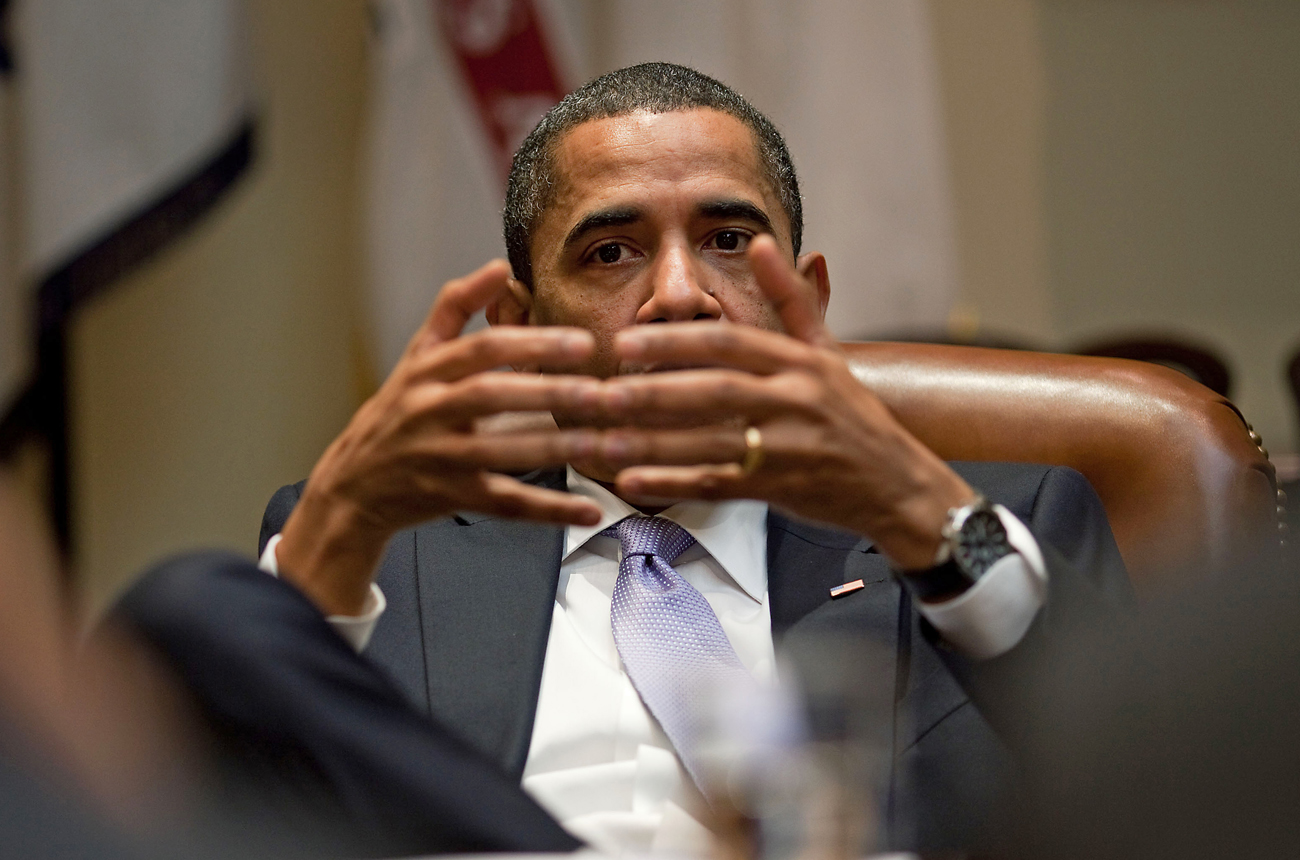 A lot of people are upset that Nigerian would-be plane bomber, Umar Farouk Abdulmutallab, made it past security officials who had flagged him for extra screening only after he was already in the air. Not least President Barack Obama, who called it a “screw-up”, and presumably many other things in the quiet of his own mind. Now, Obama will detail government failings over what was nearly a mid-air catastrophe, and order remedies. First up, how did the 23-year-old man even get a US visa in the first place after his own father, an eminent Nigerian banker, had reported him to US authorities in November last year, saying he was worried his son was being radicalised. Obama’s national security adviser, General James Jones, says people who peruse the report will feel a “certain shock” about the missed warnings. You betcha, despite the real difficulties in pinpointing individual terrorists in time and space. (Photo: White House)

Yemenis insist US stays out of their country over plane bombing

Yemen’s government emphatically says there are limits to its military cooperation with the US over al Qaeda. It says any direct American action in Yemen could boost the popularity of Islamist militants. That’s a pretty sound argument, and one that should enable the US to understand how stretched its physical presence is around the world. It’s already fighting on the ground in both Iraq and Afghanistan, so how many more fronts can it really open up in tackling a loosely knit terror group (or groups) that randomly pop up all over the world? As they say in the black ops rooms: cut off the head of the snake (Jacob Zuma is a great believer in this). But seeing as Osama bin Laden is mainly just a talking head on YouTube these days, this snake is more like the mythical Greek Hydra, so the US needs to choose its targets very carefully. Senior Yemeni officials are now playing down their ties to Washington, for fear their opponents will see them as being weak if they pander to US pressure. That kind of politicking won’t help matters at all. So who you gonna call?

A Fox News analyst caused many Buddhists to abandon their meditations and come out fighting when he said Tiger Woods should turn to Jesus to deal with his sins. Hoo boy, only Rupert Murdoch’s station could come up with that sort of sanctimony. It seems Woods has credited his mother and her Thai Buddhism with giving him the focus he’s needed on the golf course. Now the Buddhists say newscaster Brit Hume has missed the point about the 2,500-year-old faith, which revolves around the purity of deeds and actions. Hume maybe should have invoked Hinduism and Karma, and told Woods that if he didn’t atone for his sins, he might be reincarnated as an ant. That would cause the world’s greatest golfer a few problems when swinging his 3-wood. (The Daily Maverick is expecting some comeback on this analysis)

Europeans are sharply divided over whether installing full-body scanners at their airports will have implications for privacy laws, data protection and health issues. It just goes to show that the actions of one 23-year-old Nigerian can change the world. Italy has now joined the US, Britain and the Netherlands in announcing plans to install the scanners. It’s no surprise the government of narcissist Silvio Berlusconi would take this route, but that aside, Washington is playing hard ball over extra security measures on all trans-Atlantic flights to the US after the Christmas Day incident aboard a Detroit-bound jet. Even with scanners, limited numbers of European airport staff will have to deal with tens of thousands of passengers on more than 800 flights a day across the pond. Belgium reckons the new measures are excessive, and Spain, Germany and France remain uncommitted. The Brits have happily lined up with the US plan. Any notion of personal freedom in that country has long been trashed by the existence of the largest number of public security cameras anywhere. Britain is the most-watched nation on Earth, which makes one wonder why Islamist militants would make it their new HQ for planning acts of global terror. A dystopian “Brave New World”, indeed, with echoes of George Orwell’s novel “1984”.

Japan’s newly appointed finance minister Naoto Kan wants a weaker yen to help the ailing Japanese economy recover. Japan is export-driven, so a weaker currency means it can sell more goods at cheaper prices. There are political considerations though as his much-lauded 77-year-old predecessor, Hirohisa Fujii (who resigned for health reasons), was criticised for tolerating a strong yen, while Japan battled deflation and large public debt. There has been much hand-wringing in Japan over who would replace Fujii, as few analysts believe the new Democratic Party of Japan government of Prime Minister Yukio Hatoyama has enough fiscal and macro-economic experience, having only assumed power in August 2009 for the first time. Kan says he’ll work with Japan’s central bank on the issue, fuelling speculation that he might intervene in the yen’s level against the dollar. He reckons an appropriate level is about 95 yen to the greenback, which is a rare public comment by a government minister on the value of the currency.

Europe’s airports freeze up as nasty weather closes in

The world’s beleaguered airlines have been hit by a double whammy in the form of global recession followed by the iciest weather in a long, long time. The big freeze hitting the entire northern hemisphere is disrupting flights everywhere, but now flights in Britain, France, Ireland and the Netherlands have been delayed or cancelled, so the world’s major carriers can expect another red mark on their balance sheets. Significant numbers of South Africans live, work and travel in these parts of the world. So if your loved ones are held up, best you ring OR Tambo or check the Internet for flight details and save yourself some petrol.