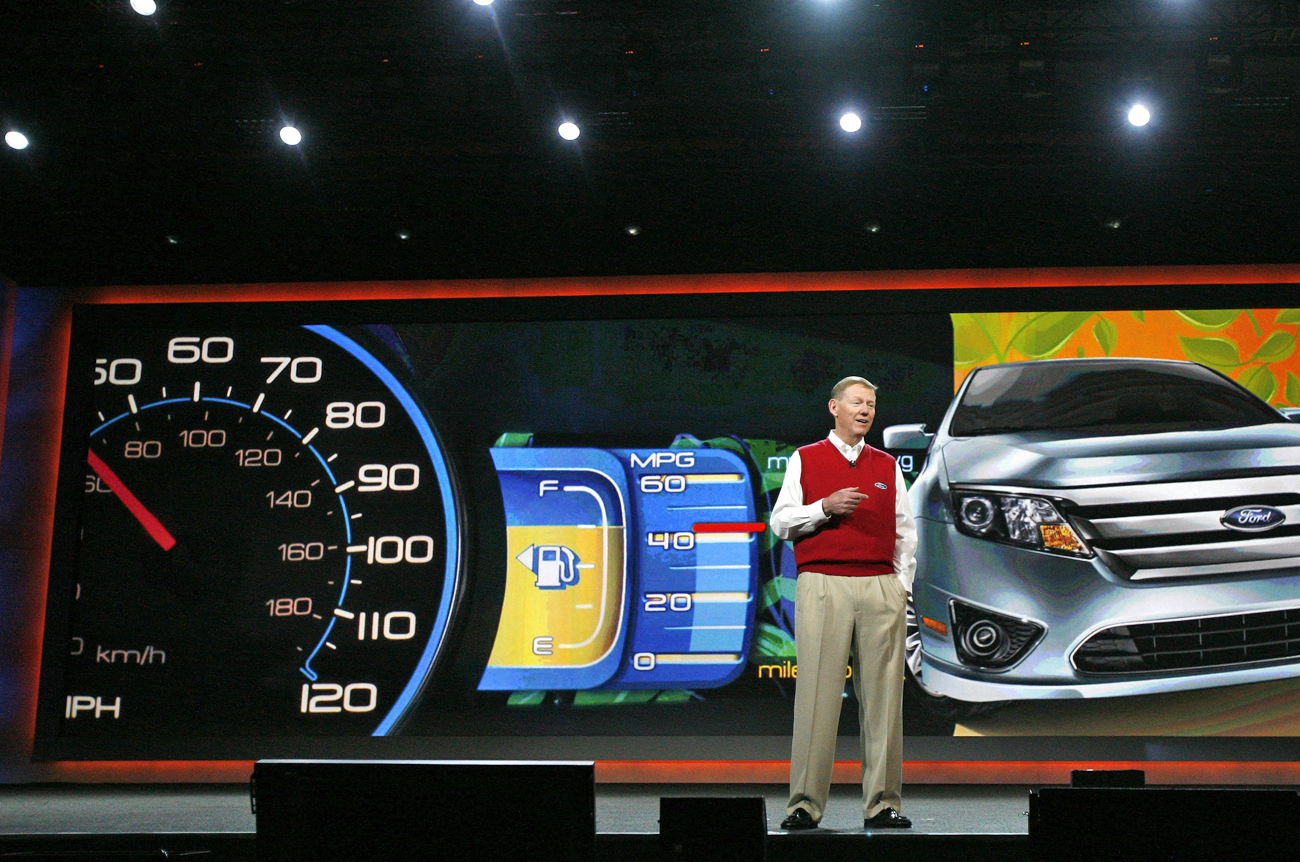 Advances in automotive technology mean that car companies keep adding navigation systems, fancy seatbelt and headlight alarms, real-time fuel-economy gauges, mp3 players, cellphone connectivity and satellite radio to all vehicles, not just luxury marques. So with in-car WiFi peeking from behind the curtains, the next question is how will drivers control everything safely and simply? Cellphones have already been blamed for a significant number of accidents, and the cops still see a Christmas bonus in catching (technology-challenged) drivers unawares. But Ford has now come up with a solution called MyFord Touch, which uses three screens (including a 20cm touchscreen) to enable such devices as WiFi and open cars up to third-party software. It runs on the second generation of Microsoft’s Sync system, and is controlled by two five-way switches on either side of the steering wheel. The first car to have this system will be the 2011 Lincoln MKX, and it will become standard on all Lincolns thereafter. So forget knobs and levers. They’re hasta la vista, baby. And in case you were worrying all this information will take your eyes off the road, the second generation of Sync takes voice commands (that apparently actually work). Ford hopes to offer the new system in 80% of vehicles in the next five years, which is likely to be less time than it will take for most people to become multimillionaires. So pretty soon we can all be like South African government ministers, even as we continue to drive compact cars. Better hope that Ford has a mechanically-driven, failsafe window-opening function, though, in case you drive into a river. (Photo: Alan Mulally, President and CEO of Ford Motor Company, delivers his keynote speech at the 2010 International Consumer Electronics Show (CES) in Las Vegas January 7, 2010. REUTERS/Mario Anzuoni)

From 19 January, the largest US online brokerage, Charles Schwab, is cutting its fees by about $4 per trade, so all home investors will pay $8.95 to buy the markets. The move levels the playing field for small players, who now benefit from the lower fees charged to high-rollers. But extra fees for phone and broker-assisted trades remain. The global recession has seen a drop in individual trades, and low interest rates in the US are hurting many discount brokerages, so Schwab’s strategic move could ignite a price war. Schwab must reckon the market is going to improve, so the price cut positions it to take advantage of volume trading. Any such efforts to spur the moribund US economy will largely be welcomed, even if a vicious price battle among brokerages ends up trimming their margins to the bone. The public will benefit by getting a meatier cut of the financial market.

Samsung back in the pound seats with flatscreen TVs

Samsung Electronics believes its fourth-quarter 2009 earnings will be jolly, spurred by rising sales of flatscreen televisions, of which it is the world’s largest maker. Computer memory chips and LCD televisions are also selling well, so the company expects to report operating profits of more than $3.1 billion in the period. This is pretty good by any standards, and notwithstanding the current economic climate. In the same quarter of 2008, the firm made a loss, before rebounding to a $3.7 billion profit in the third quarter last year. South Korea has benefited from the weakness of its currency, while Samsung’s rival Japanese manufacturers are hamstrung by the strength of the yen. Analysts in Seoul are optimistic for the outlook of consumer electronics, with Samsung shares hitting a record high this week.

China’s economy has been booming, with some analysts saying it has already reached growth of 10% a year, despite lousy world markets. This has worried the central bank, which has now tweaked a key interest rate upwards for the first time in nearly five months to forestall inflation. China pumped some $600 billion into its economy after the October 2008 crash, with that stimulus seeing greater investment by government, as well as frenzied activity in real estate and consumer spending, further fuelled by a surge in lending by state-owned banks. Exports have also begun to recover, despite economic sluggishness in the country’s two biggest export markets, the EU and US. By raising rates, the central bank wants to see fewer speculative investments by Chinese companies and individuals in real estate projects and other mainstream economic activities, as this drives prices skywards. Real estate has been a big driver of growth, along with car manufacturing. But the move could also prompt foreign investors seeking better returns to put more of their money into China, despite the country’s strict capital controls, which would put even more pressure on prices. Some analysts believe the 0.05 of a percentage point increase, although tiny, may presage more interest rate increases in future.

US hedge fund king bets against Chinese growth, whatever anybody else thinks

Hedge fund guru, James Chanos, who foresaw the collapse of Enron, and made his fortune by shorting the stock of troubled companies, is now betting against China’s economic health, despite that country’s rebound from the doldrums of world recession. Chanos thinks the herd mentality has gripped investors, with many of them believing China will lead the global economy out of its morass. His take is that China’s economy is hyper-stimulated, and is heading for a meltdown. How that would inform his next set of predictions is unclear, but you can bet that he’s only out to profit, whichever way the penny falls. It appears he’s not a believer in a sustained Chinese economic boom, and worries the country’s red-hot real estate sector is fuelled by waves of speculative capital, making Dubai’s property bust look like a drop in the ocean. The New York Times says Chanos even suspects Beijing is cooking the books, and is faking its latest growth predictions of more than 8%. Such financial folly would make the antics of Enron and Bernie Madoff seem like child’s play, and the world would forever be a changed place. But Chanos would probably then invest in a Hollywood doomsday movie, called Awakenings 2, also starring Robin Williams and Robert De Niro, about a Wall Street psychiatrist who brings financial markets out of a coma, and then loses them to harsh reality. The credits will show Chanos waltzing off to one of his holiday hideaways with bulging pockets.

Privately-owned rocket company Space Exploration Technologies, also called SpaceX, has ignited an engine that will send an unmanned capsule on a rendezvous with the International Space Station later in 2010. Nasa has contracted SpaceX, and another private company Orbital Sciences, to transport equipment to orbiting astronauts. It’s well known that business wants a slice of space cake, but a shift away from government-run space programmes towards projects designed and operated by the private sector is one big step for man, and an even larger one for mankind (sorry, humankind). So far, governments have kept the final frontier to themselves, but now that the Space Shuttle is to be retired in 2011, the US will have to rent space on Russian ships, or from US-based private companies. Seeing that a new Cold War in Putin’s Russia is starting to get into full swing, you can bet the Americans will opt for launches from home soil. But private space launches must be seen to be safe and cost-effective, and that’s something the world hasn’t witnessed yet. Watch this space as Richard Branson appears wearing a spacesuit.