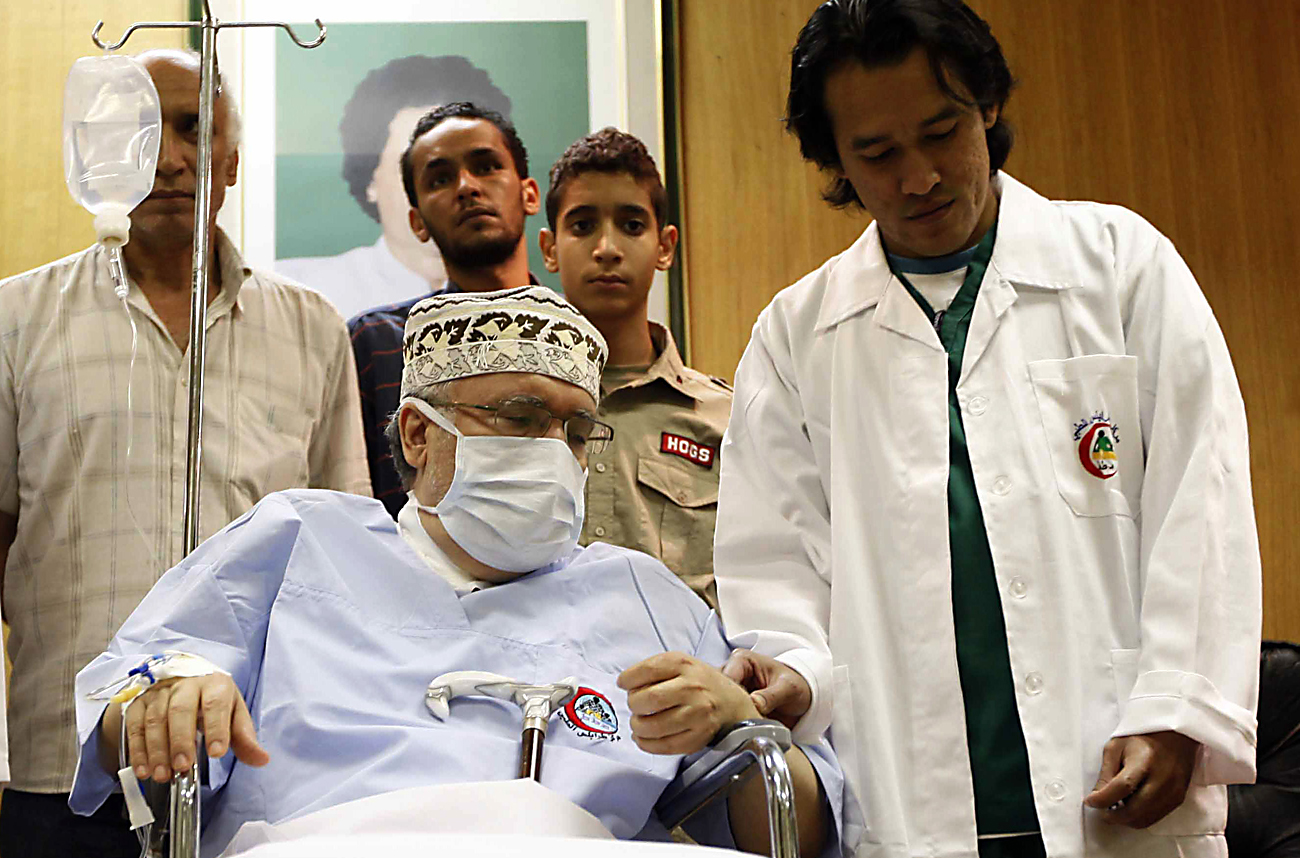 The BBC’s Newsnight programme has cast doubt on the key piece of evidence which convicted Lockerbie bomber, Abdelbaset Ali al-Megrahi, for bringing down a Pan Am plane over Scotland in 1988, killing 270 people. The saga of who was responsible has gone on for more than 20 years and was given impetus by the recent release of al-Megrahi on medical grounds in what has been seen as a trade-off for British companies keen to exploit Libya’s abundant oil and gas reserves. Now a Newsnight investigation has reproduced the bomb blast that downed the plane. This appears to undermine the case, after tests showed a fragment of the bomb timer linked to Megrahi wouldn’t have survived the mid-air explosion. Newsnight also says the fragment was never subjected to chemical analysis to show beyond doubt that it had been involved in an explosion. Megrahi must be pleased, but he’s already free (though allegedly dying), and the Libyans have already paid nearly $2 billion in reparations. (Photo: Abdel Basset al-Megrahi sits in a wheelchair in his room at a hospital in Tripoli September 9, 2009. The dying Libyan convicted of the 1988 Lockerbie bombing and freed on compassionate grounds despite U.S. objections was met by African parliamentary deputies on Wednesday in an apparent public show of support. REUTERS/Ismail Zetouny)

Nigeria has reacted badly to the US putting it on a list of countries classed as “state sponsors of terrorism” or “countries of interest”, which includes Algeria, Sudan, Libya and Somalia, after one of its citizens tried to blow up a Detroit-bound plane, and instead nearly blew off his family jewels. Now Nigeria’s information minister, Dora Akunyili, says the US is risking its ties with the oil-rich West African state, by imposing stiffer airport security measures on travellers from that country. The Nigerians have asked the US to scrap the new rules, which include patting down passengers. Algeria has also complained. But it’s not going to happen, because al Qaeda’s North African Wing is spreading terror from bases in Algeria all over the Maghreb region of the Sahara, while the Nigerians have just reminded the Americans what happened to the Twin Towers of the World Trade Centre. To make things worse, Nigeria’s President Umaru Yar’Adua has been in hospital in Saudi Arabia for six weeks for a heart condition. This has caused fears of a power vacuum in the gigantic and restive nation, which has huge Muslim and Christian communities.

Efforts at resolving Madagascar’s political crisis must be redoubled to stop the country sliding further into chaos, says the African Union. AU commission chairman Jean Ping wants warring politicians to resume talks over forming a power-sharing administration, after a March coup brought President Andry Rajoelina to power. Since then, Rajoelina has trashed a series of internationally brokered agreements aimed at restoring civilian rule, and has unilaterally appointed a senior military officer as prime minister. An entrepreneur and former mayor of the capital, Antananarivo, Rajoelina came to power after the government closed down his TV station for interviewing former head of state Didier Ratsiraka, saying the broadcast would disturb the peace. Now Rajoelina refuses to negotiate with either Ratsiraka or two other former presidents, Marc Ravalomanana and Albert Zafy, who he no doubt believes represent even more entrenched political interests than his illegal government.

The UN World Food Programme has vamoosed out of large swathes of southern Somalia because the radical Islamist rebel group al-Shabaab keeps asking it to remove women from their jobs and demands protection money every six months. The WFP says its exit will endanger about one million people in a region devastated by drought and years of brutal fighting. Al-Shabaab also says the WFP is ruining local farming by forcing Somalis to rely on food imports, and late last year gave the body a 1 January deadline to halt its operations. The US reckons Somalia has become a beachhead for Al Qaeda’s incursion into East Africa, as numerous militant Islamic groups vie with pirates and armed clans to extort what they can from the nation’s decades of anarchy. The UN and African Union back a beleaguered moderate Islamic government in the capital Mogadishu, an area mostly controlled by al-Shabaab. So far, everybody loses, all the time.

Democratic Republic of Congo President Joseph Kabila has fired about 3,000 government employees after more than 100 people were accused of corruption in the ministry of finance and other government departments. Kabila obviously believes in excising all the flesh around the cancer before it spreads. The vast and chaotic nation is patrolled by about 18,000 UN peacekeepers trying to dampen the anarchy caused by Rwanda’s genocide 16 years ago. The DRC is massively endowed with mineral wealth, which is probably why Kabila also sacked hundreds of other civil servants found to be working beyond their pensionable age. Some 1,500 other officials have since been promoted to replace those dismissed. Kabila also booted out hundreds more civil servants in mid-2009, so it’s anybody’s guess as to who is running the country, or what the state’s pension bill might be.