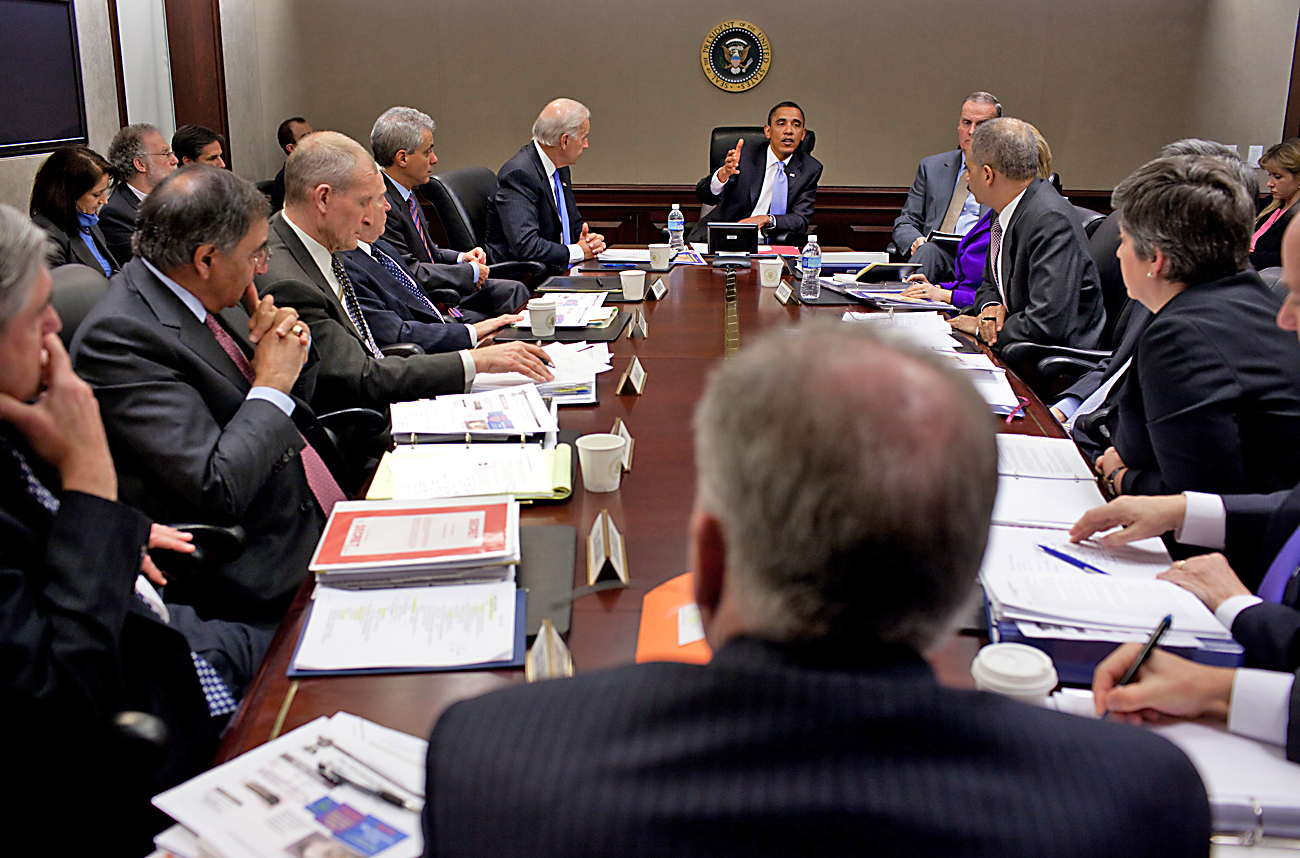 It’s official – the war on terror, regardless of what we’re calling it now, has become Obama’s war.

On Tuesday, in the wake of the debacle over the Christmas Day Nigerian undershorts bomber who slipped through 10 layers of watch lists and intelligence monitoring, US President Barack Obama called together 20 of his top security advisors to sort out the “what nexts” (and to apportion some blame) in what must be an increasingly frustrating effort to deal with the al Qaeda “franchises” around the world.

After the afternoon scolding, Obama went on TV to tell the nation – and the world – well, actually, not much, other than that the system hadn’t worked well in a “screw-up that could have been disastrous”. The Republicans are already parsing his comments to see how they play out for them in their goal to portray Barack Obama as “soft on terrorism”, in the words of former vice president Dick Cheney. More to come on that front, for sure.

Obama explained that the US government had actually had enough information to forestall the bomber’s plans, but that the US intelligence community had failed to “connect those dots”. Obama added that this was simply “not acceptable, and I will not tolerate it”. This latest appearance was the fifth time Obama had to speak on the matter publicly since Christmas, as the incident and its aftermath pretty much overwhelmed his family vacation in Hawaii. Soon after the briefing, the White House issued a round of quotes from the earlier Situation Room meeting to show a president hard at work, even though Obama basically had nothing substantive to announce other than resolve and passion. Putting the best face on it, in his public remarks Obama stressed urgency and speed. “We will do better and we have to do it quickly. American lives are on the line.”

Obama’s brief clearly was to reassure Americans the government really does have the information it needs and that the problem is a technical one of bringing all the information together in a timely fashion – and ensuring the information bearers work and play nicely together rather more effectively than they have in the past. Connecting those dots …

One of the announcements Obama didn’t make was whether any organisation – or anyone at all – is actually going to be held accountable, although homeland security secretary Janet Napolitano had already earned some public incredulity by announcing that the system had worked. This was after the would-be bomber, Umar Farouk Abdulmutallab, having been pummelled into submission by fellow passengers and air crew on the plane, had managed to evade virtually every counter-terrorism tripwire worldwide in his fateful trip from Lagos to Amsterdam to Detroit. And all this after he had taken a gap year in an al Qaeda training camp in the mountains of Yemen and after his increasingly concerned father had told American embassy staff in Abuja that his son was drifting toward radical Islamic extremism.

In his comments, though he did not announce any new steps to improve intelligence gathering, analysis or use, Obama may just have managed to increase the national temperature a bit by raising even more cautionary flags than had been known about before. Chief among these was that the al Qaeda “franchise” in Yemen had not only been aiming at American targets there, but also at ones in the US itself, and that al Qaeda had been working with Abdulmutallab in doing so.

Or, as Obama said, “The information was there … When a suspected terrorist is able to board a plane with explosives on Christmas Day, the system has failed in a potentially disastrous way.” One key problem for the US government that now cries out to be dealt with effectively is an increasingly unwieldy set of overlapping watch lists that include between 550,000 and a million separate names.

Meanwhile, the transportation security administration announced that all US-bound travellers from 14 separate nations, including Cuba, Yemen, Nigeria and Saudi Arabia, would now have to deal with enhanced security measures such as individual “pat downs” for concealed weapons or presumably highly explosive materials stitched into their underclothing. Not surprisingly, a variety of civil rights groups criticised these moves as a giant step towards racial, ethnic or religious profiling, never mind invasions of privacy.

At the same time, in some clearly unwelcome news for the administration, the top US intelligence officer in Kabul, Major-General Michael Flynn, issued a withering – and virtually unprecedented – attack on US and Nato intelligence failures in Afghanistan. In a report released by a leading Washington-based think tank, the Centre for New American Security, Flynn and his two co-authors have called for a near-total revolution in the way the CIA and other agencies gather their information in Afghanistan’s inaccessible border regions and mountains.

Just a few days after seven CIA agents were killed by an apparent double-agent, Flynn called the multination intelligence apparatus “ignorant”, “disengaged” and unaware of the power structures it sought to influence. The report called for a return to the kind of intelligence gathering that would owe more than a little to Rudyard Kipling’s “Kim” and “The Man Who Would Be King”, and the rulers of British India who carried out the 19th century “Great Game”. By contrast, Flynn added, the current “vast intelligence apparatus is unable to answer fundamental questions about the environment in which US and allied forces operate”. As a result, “It is little wonder then that many decision makers rely more upon newspapers than military intelligence.”

The report is about to create a mini-boom in antiquarian book dealers for copies of that Winston Churchill classic, “The Story of the Malakand Field Force”, first published in 1897. Winnie, the young army officer, wrote: “The collection of information is one of the most important military duties,” directing attention to a close study of local customs, the buzz in the bazaars and of the caravans. If Flynn’s report is taken on board seriously, these old-time methods and approaches may become the new high-tech intel style for the 21st century. Channelling historian George Santayana, Flynn warned, “Without the ability to capture this simple history, prosaic as it may be, others are doomed to repeat it.”

Read more at the Times, the New York Times, Reuters and the AP

Read the report at the Center for New American Security