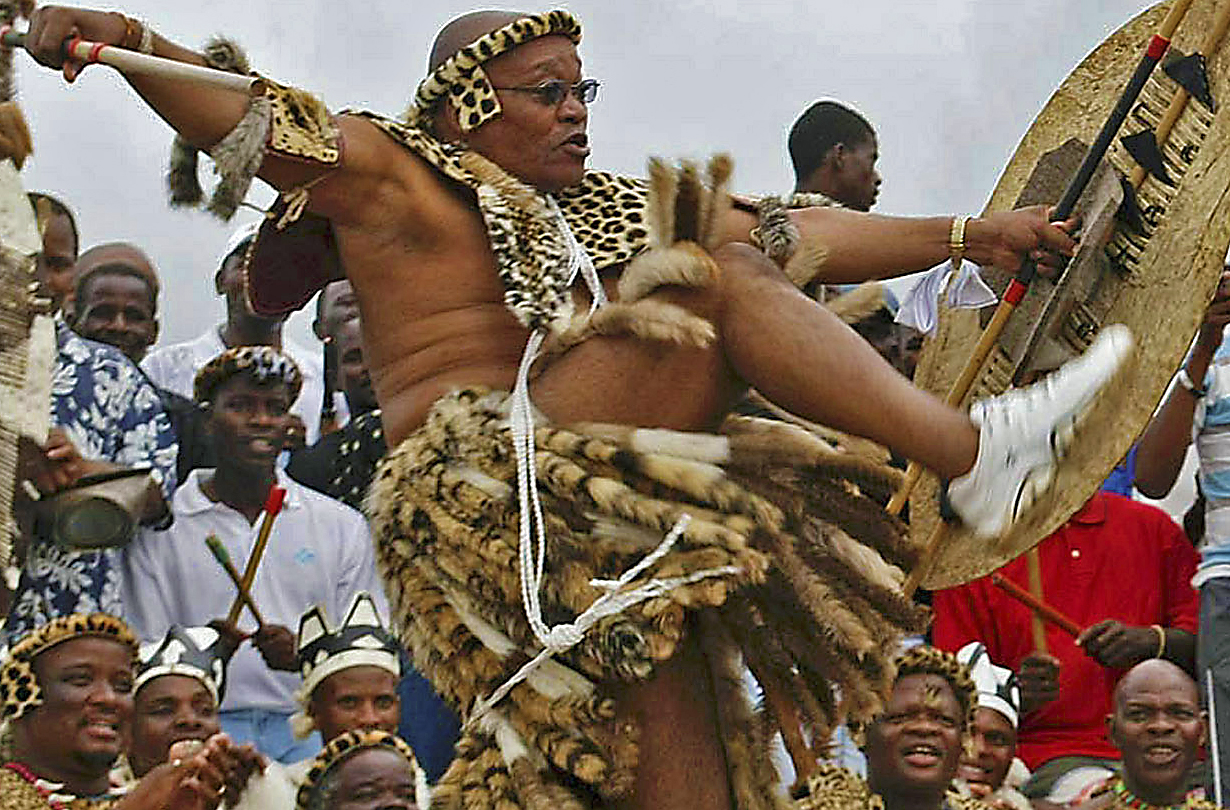 President Jacob Zuma is taking a third wife to howls of protest from his critics. They should simply shut up.

In Anglo-Saxon countries sex and politics are intertwined to the detriment of those countries’ people. Think of Bill Clinton and Monica Lewinsky. Once everyone forgot it was “the economy, stupid”, they tied a guy down in some stupid scandal for months on end. It was none of their business, and he was, as a result, unable to deal properly with many issues, including chasing al Qaeda.

When Clinton sent Cruise missiles into a terrorist base, his political enemies howled that he was diverting the nation’s attention from Lewinsky affair. We all know what al Qaeda did afterwards. And for that very reason we should leave President Jacob Zuma alone. But there are many other reasons too.

The issue of polygamy is tricky. Quite frankly, I don’t really know where I stand. On the one side is the fact that I simply don’t know enough about being in such a marriage. Being handicapped by testosterone, there’s part of me that thinks it would be a great idea. But I’m certainly not thinking with my brain, or my bank account, when I consider it. Being married to one person can be difficult enough. Managing two people in one living space, with one PVR and a relatively busy work-life means you have to work at achieving harmony. And harmony is worth it, but not always easy.

And that’s really just the start of why I wish Zuma good luck on his fifth marriage (that’s right, while this is his fifth wedding ceremony, he divorced Nkosazana Dlamini-Zuma and Kate Zuma died). I also have no truck with those who say he shouldn’t do it. That’s really because they have a completely different view of marriage to the one he holds. And as my father always used to say, it’s a brave man who gets involved in other people’s marriages.

Because you don’t actually know what’s going on in private. Sure, the man may be behaving like a real “doos” (Careful, Stephen, rude word! – Ed) to his wife, and if she was your sister you’d want to “klap” him for ordering her around like that. But probe deeper, and sometimes you find that he’s acting like that because she’s spent the entire week being a complete bitch (Okay, you can stop it now! – Ed) and this is his revenge. Marriage is a complicated business and you get involved at your peril.

But here’s the real reason why Zuma’s critics are wrong. The person who is marrying him is doing so of her own free will. There is no “mshini” at her back, forcing her into it. People get married for many reasons. Love, as in the Shakespearean sense, is often not the real reason. Sex is one (particularly those from religious backgrounds who marry younger), the desire to get ahead is another. And Tobeka Madiba is certainly getting ahead. Her social status is heading for the stratosphere. For her, it’s a dream come true. And if she gains from marriage to Zuma, so be it.

Still, there’s a bigger reason why we should leave Zuma alone. South Africa (as the name implies) is an African country. It’s not just about location, it’s about our sense of self as a country. Wouldn’t it be weird for a country where the majority of people have certain beliefs, to have a head of state who doesn’t share them. And thus it follows, we should expect that person to act as the majority of its citizens do, even if that means a polygamous marriage is expected.

And it will be welcomed by the majority. They’re not going to have any problem with Zuma arriving at some international shindig with more than one wife in tow. And if he opens Parliament with a posse, so what. It’s fine by them.

Bear in mind, they’ve already been forced to accept a major change to the definition of marriage. They will not be in favour of gay marriages, civil partnerships or anything like it. For reasons that could be irrational, but rightfully theirs, they will see that as some kind of attack on their way of life. To turn around now and say that actually this way of marriage is also wrong, would simply not work.

If we claim to be democrats, we need to accept the view of the majority. Sometimes the majority can be wrong, as with the death penalty issue. But that’s not the case here. The feminists will disagree. They will say that the issue of “informed consent” is a difficult one here. If people are the product of polygamous marriages, they’re not going to realise that they don’t have to be in one. It’s a strong argument. But for many women who can’t think of another way out of the overflowing Hillbrow flat, sharing a much bigger space in the kwaZulu hinterland would be perfectly fine, thank you very much.

What must not be forgotten, of course, is that the Constitutional Court has ruled on customary marriages and found them compatible with the Constitution. There’s no legal impediment for anyone to shout about at that crucial time in the ceremony. And there’s nothing anyone can, or should do about that. It’s going to stay legal for a long time to come. And if someone in power hasn’t done anything illegal, it would be silly to try to make a huge stink about it because you’re not going to win in the long run. You’ll just look a little silly.

And yet there are a few arguments against polygamous marriages that really do carry some weight.

First, there is no way in current South African law, for a woman to have more than one husband. And that means that women are seen as somehow less than a man. Which can’t be right, tradition or not.

The other argument is that if Zuma is going to have three wives and, therefore, more children than the national average, he needs to care for them equally. Before he was president, he seemed to have some difficulty doing this, as Judge Hilary Squires heard in great detail. But that’s all changed now that he’s president, and he seems to have put his finances on a better footing.

The real reason Zuma’s marriage is attracting so much attention is that, to the First World media both here and overseas, it is seen as a bit of a freak show. There is no real analysis, just a picture of him with more than one woman who is his wife. It is the worst kind of finger pointing, the subtext is “look at that backwards savage, he’s got more than one wife, how primitive”. As such, it’s actually Eurocentric at best, and something much darker at worst.

For most South Africans, Zuma got married. Again. So what?