Copenhagen final: Have they fixed anything?

Copenhagen final: Have they fixed anything? 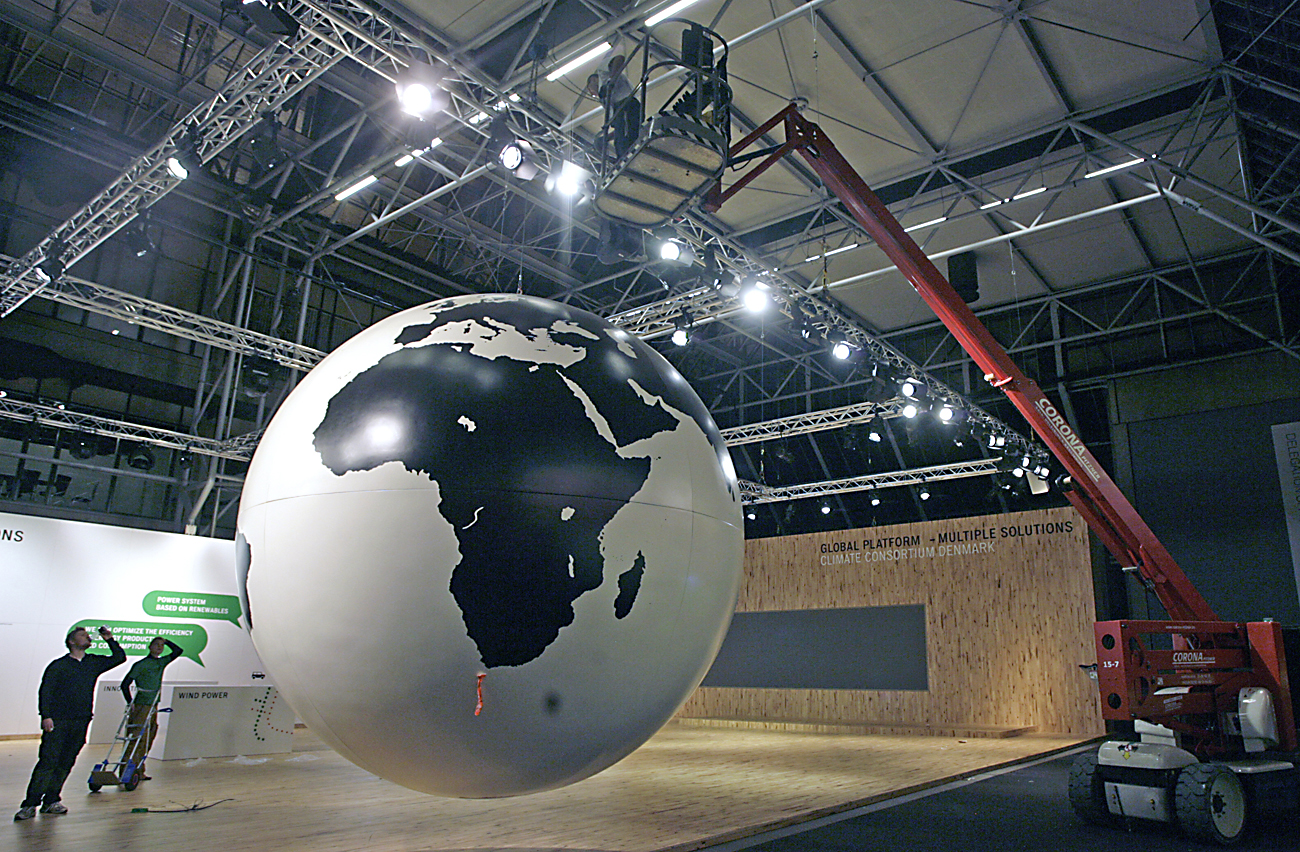 Just a few days after the globe’s most comprehensive, and most confusing, environmental conference ever was gavelled to a close, the long knives are already out, searching for someone, anyone, to blame for the Copenhagen meeting's seemingly stuttering finish.

Nearly fifty years ago, when President Kennedy ruminated over the failure of the CIA-organized invasion of Cuba in 1962, he is said to have remarked, “Success has a thousand fathers, defeat is an orphan”. But, if Kennedy was around today to look at the results of Copenhagen’s climate conference, he almost certainly would have revised that opinion to say that in the case of an international near failure, everyone will identify someone else who is one of the biological fathers.

In less than a week after Copenhagen adjourned, UN Secretary General Ban Ki-moon has already appealed for new efforts to reach the very kind of legally binding climate deal in Mexico next year that was supposed to have been Copenhagen’s achievement in the first place. And, recognizing the managerial flaws in the conference, the secretary general  added: “We will consider how to streamline the negotiations process. We will also look at how to encompass the full context of climate change and development in the negotiations, both substantively and institutionally. Early next year, I will establish a high-level panel on development and climate change to strategically address such issues.”

Here in South Africa, the government is seriously backing away from the very agreement it helped broker. Even after president Jacob Zuma was part of that small group of leaders that brokered the Copenhagen accord, South Africa’s environment minister, Buyelwa Sonjica now argues that Copenhagen’s failure to produce a legally binding climate change agreement was unacceptable. Joining the growing global chorus of condemnation, Sonjica and her two top climate change negotiators said that part of the blame rested with the way the host guided the conference.

Putting the best possible face in response to criticisms like this, Robert Orr, the UN’s policy coordination chief, said the meeting had been “a very wild roller-coaster ride,” and that the multi-party, multi-level, multi-issue negotiating process involving participation of officials on multiple levels, ranging from heads of state to ministers to negotiators, was a key cause of some of the difficulties that eventually occurred in Copenhagen.

Or maybe listen to one of the Saudi Arabian delegates who told the press that after working for 48 hours without a break, “this is without exception the worst plenary I have ever attended, including the management of the process, the timing, everything.” Clearly he did not enjoy his Scandinavian holiday.

Then there are the European nations who have been complaining that their early, firm carbon commitments were largely overlooked and ignored by the conference. Finally, countries like Brazil, Venezuela and Cuba are claiming Barack Obama’s imperial attitude produced conference results that were unfair to developing nations.

Further, a growing chorus of environmental activists, climate NGOs and scientific groups are arguing that the results, regardless of whose fault they are, are simply insufficient to hold the line on global warming, let alone reverse the trend. Typical were comments by Jeremy Hobbs, executive director of Oxfam International who said, “the deal is a triumph of spin over substance. It recognizes the need to keep warming below 2 degrees but does not commit to do so. It kicks back the big decisions on emissions cuts and fudges the issue of climate cash.” Ouch.

The 193-nation UN conference ultimately ended up with delegates simply “taking note” of the climate deal brokered by the US, China, Brazil, South Africa and India that recognised the need to limit temperature rises to 2C. In this close-hold meeting, Barack Obama’s dramatic appearance in a meeting that had, at first, excluded the US, appeared to have snatched a modest victory from defeat when he declared a “breakthrough’ with negotiating partners – China, India, Brazil and South Africa.

This hectic diplomacy, with Obama at the centre, produced a document promising $30 billion in emergency climate aid to poor nations in the next three years and a goal of eventually channelling $100 billion a year by 2020 to developing countries. But it also dropped a commitment to an agreement on preserving the forests that serve as a major store of carbon that would have funded tropical countries to protect their indigenous forests.

The resulting agreement did describe international monitoring as a method for verifying national reductions in greenhouse gases – a key US demand, and something the Chinese had resisted. And the notional agreement also called for industrial countries to list their individual targets and developing countries to list what actions they will take to cut global warming pollution – and with specific amounts. Obama called the resulting document an “unprecedented breakthrough.” It called for carbon emission to be held in check sufficiently to keep increases in average global temperatures below 2 degrees Celsius – but without the usual citation of pre-industrial levels as the starting point. Absent that reference, the start point for holding temperature rises in check begins instead at 0.7 degrees C higher.

But this modest three-page political document – as opposed to a binding international agreement – that was agreed upon ran into a buzz saw almost from the beginning in the plenary session. There, delegates from Bolivia, Cuba, Sudan and Venezuela all rose to denounce it. The UK’s PM, Gordon Brown, said that the talks were “at best flawed and at worst chaotic,” called for a reformed UN process, and added that a global deal can not be “held to ransom” by a small group of nations.

Sudan’s chief delegate and spokesperson for the G-77 group of 120 nations, Lumumba Di-Aping, said the agreement condemned Africa to widespread deaths from global warming. Moving the rhetorical notch up just a bit, Di-Aping compared the agreement to the Nazi regime in World War II when it sent “6 million people into furnaces” in the Holocaust. And Venezuelan president Hugo Chavez was nearly as vociferous in his comments about Barack Obama’s role in chivvying the conference to the results it did manage to reach.

EU critics added ruefully that the chaotic final scenes at the conference exposed the EU’s inability to have any real say as the China, India, Brazil, South Africa, and US meeting left out the EU completely (along with Japan and Russia for that matter). As  Axel Eggert, a climate specialist at a European steel industry trade group said, “There was the motivation to be the clear driver in the negotiations, but they [the EU] were more or less kicked out at the end.”

China’s role at the meeting has now also come firmly under the spotlight as well, receiving some stinging international criticism that its intransigent attitude over monitoring of greenhouse gas emissions contributed to Copenhagen’s unsatisfactory result – and that it had effectively hijacked the conference for narrow national interest. UK’s energy secretary, Ed Miliband, was among numerous others who said China had prevented a solid deal on emissions of greenhouse gases. “We did not get an agreement on 50% reductions in global emissions by 2050 or on 80% reductions by developed countries. Both were vetoed by China, despite the support of a coalition of developed and the vast majority of developing countries.”

But the Chinese foreign minister, Yang Jiechi, hit right back, saying, “Copenhagen is not a destination but a new beginning. ” The foreign minister added that  “developing and developed countries are very different in their historical emissions responsibilities and current emissions levels, and in their basic national characteristics and development stages. Therefore, they should shoulder different responsibilities and obligations in fighting climate change.” And a spokeswoman for the Chinese government chipped in that statements from “certain British politicians” were “plainly a political scheme” and that their goal was “to shirk responsibilities that should be assumed towards developing countries, and to provoke discord among developing countries”.

But, if the conference finally generated even less than half a loaf, according to its critics, Time magazine pointed out five important lessons to be drawn from the conference and its results:

Having said all this, Copenhagen has also shown climate diplomacy has finally come of age.