The boy from Brazil 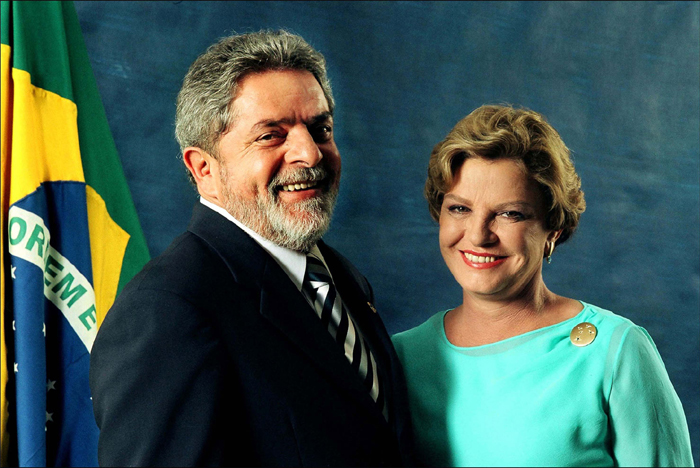 Brazil’s stunning successes in capturing both the Fifa World Cup for 2014 and then the Olympics for 2016 highlight Brazil’s astonishing rise on the world stage.

During the presidency of Luiz Inacio Lula da Silva, or “Lula” as he is known at home and abroad, Brazil has become a global economic player as a member of BRIC (Brazil, Russia, India and China), a leader in Mercosur and the Group of 20, and for the global ‘south’ more generally. Increasingly, the Brazilian economy is gaining worldwide acknowledgment as a leader in bio-fuels production and the production of high-end manufactures such as corporate, short hop jet planes.

Lula was a founding member of the Workers’ Party and unsuccessfully ran for president three times before finally winning the job in 2002 and again in 2006. Instead of the radical economic and social policies his party had espoused in the past, his government chose a more reformist approach, passing new retirement, tax, labour and judicial legislation. Lula’s social programmes get credit for tackling the country’s severe poverty and notoriously unequal income distribution, with a Gini index comparable to South Africa’s. The Bolsa Familia social welfare programmes have had real impact on Brazilian poverty, according to World Bank and the UNDP analyses.

After decades as the largest emerging-market debtor nation, Brazil became a net foreign creditor for the first time in January 2008. During the Lula administration, Brazilian foreign trade has increased dramatically, changing from deficits to several surpluses in the years since 2003. A major challenge for Brazil in the future, however, is the growing deforestation and related environmental degradation as a result of land distribution and settlement policies in previously virgin forest regions.  According to some surveys, Brazil ignominiously heads the list of the deforesting countries globally.

In foreign policy terms, Brazil has tried to achieve a pragmatic balance, maintaining friendly relations with such divergent leaders as Venezuela’s Hugo Chavez and former president George W Bush over the years. Brazil’s international economic policies generally take a stance opposed to foreign farm subsidies, with the country taking a leading position in international trade negotiations on behalf of developing nations. A goal of Brazilian foreign policy currently is for the country to gain a seat as a permanent member of the UN Security Council.

Newsweek magazine described Lula as someone who was so poor he first tasted bread when he was seven.  He dropped out of school in the fifth grade, went to work in a factory at 14 and became a labour leader.  As a union leader, he defied the then-ruling generals to lead strikes that virtually shut down the country’s heavy industry in protest of economic and political policies. Lula’s recent appearance at the UN General Assembly and at the Copenhagen International Olympic Committee meeting has drawn renewed attention to a politician who maintains a 70%+ approval rating , even after seven years in office.“That’s my man right there,” Obama greeted him at the G20 summit in London in April. “The most popular politician on earth.”

Under Lula’s leadership, Brazil has generally withstood the global economic crisis better than most nations. So far, no Brazilian bank has gone under, inflation remains relatively low and the economy has resumed positive growth again. Brazil’s economy compares favourably with most other nations, outpacing Russia and joining India and China—the other big emerging powers tagged collectively as the BRICs—to lead the way back to global economic growth.

However, Lula only has 15 months remaining in office and his favoured successor, chief of staff Dilma Rousseff, has much less national name recognition and little of her boss’s personal charisma. Despite Lula’s overwhelming popularity, recent polls show Rousseff is running a distant second to the opposition’s choice for a candidate, São Paulo governor José Serra. In the name of helping poor and working-class Brazilians—but with a close eye on next year’s election— Lula has repeatedly pumped up the minimum wage (up 67% since 2003, nearly 40% above the pace of inflation) and is boosting government pay and pensions. “The risk is the legacy of fixed expenditures and budget commitments that Lula will leave for the future,” warns former finance minister Mailson da Nóbrega. The public payroll is growing at more than 10 times the rate of public investment in roads, bridges and ports, and the country’s total tax burden is the highest in the emerging markets at 36% of GDP.

But, the man who took office saying he would be content to improve the lot of the Brazilian poor is now convinced of Brazil’s mission to transform the world. “Brazil is a country with solid, democratic institutions,” he says. “We have shown nations some lessons about how to confront the economic crisis.” We’re hoping they’re watching and making notes.