US healthcare reform bill: Obama on the brink of major...

US healthcare reform bill: Obama on the brink of major victory 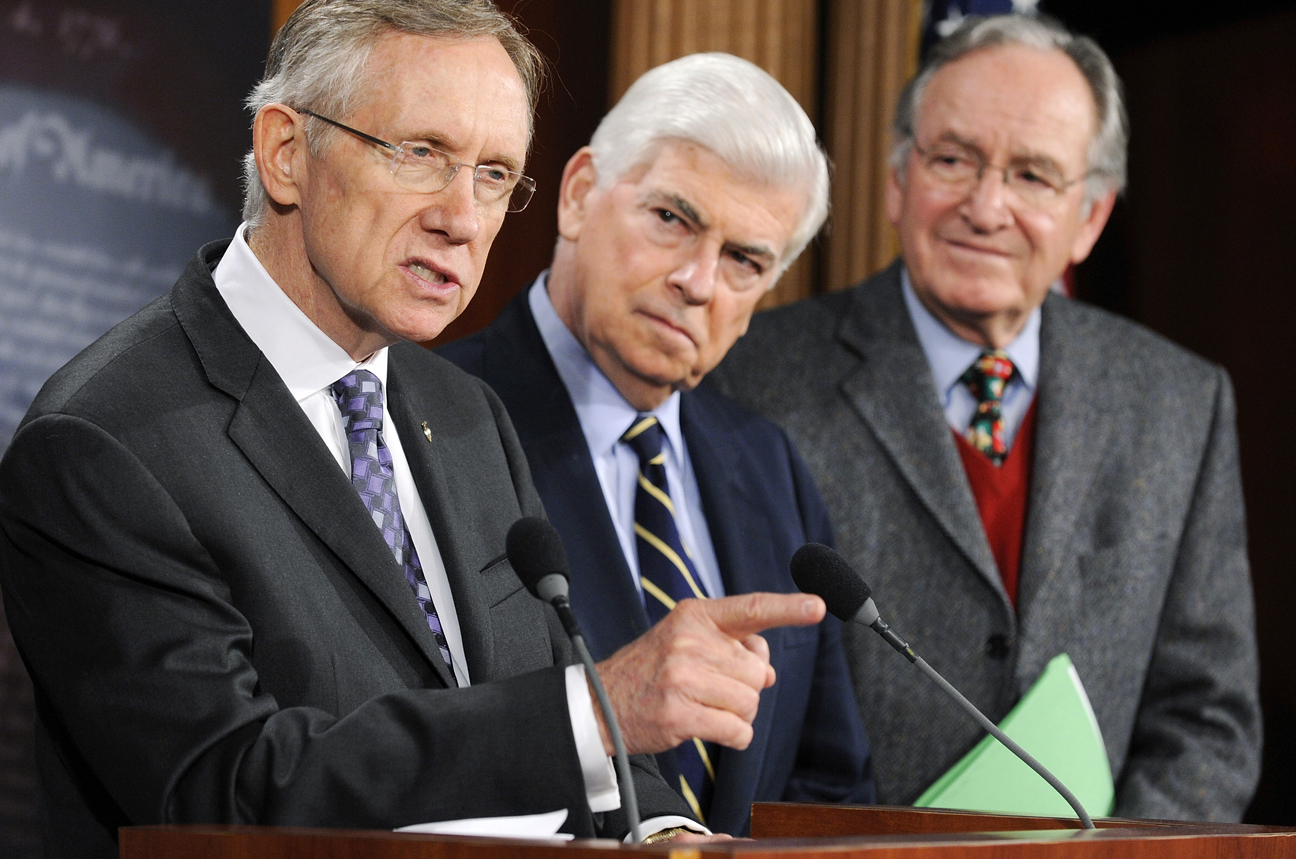 The last time there was a fundamental change in the US national government’s healthcare programmes, in 1965, Lyndon Johnson was president, Nikita Khrushchev was in charge in the Kremlin, Mao Tse Tung had not yet issued his Little Red Book, the Beatles were playing together on the Ed Sullivan Show on American television, there was a growing war in Vietnam and Martin Luther King Jr. had just won the Nobel Peace Prize a few months earlier.

That year, the US Congress passed (and the president signed into law) the legislation establishing Medicare, nationally financed healthcare for the nation’s over-65 generation. Over the past several days, another revolutionary change in the US healthcare system – a national health care system –  is on the verge of becoming real. In the country’s bicameral national legislature, the lower house, the House of Representatives, has already passed its version of healthcare reforms. Now, in the Senate, Democrats have just won a crucial test vote for Barack Obama’s healthcare overhaul – on a straight party vote.

In the US political system, straight party votes are relatively rare, as party discipline is less stringent than in parliamentary systems like the UK or South Africa’s. The Democrats have 58 members of the 100-member body and there are two independents (Vermont’s Bernie Sanders and Connecticut’s Joe Lieberman), who usually caucus with the Democrats and vote with them. This 60-40 vote in their favour – on a measure to forestall a threatened filibuster – put the Democrats on the path to passage of healthcare reform, the day before Christmas. This legislation will bring some 30 million currently uninsured persons into the fold. (To the uninitiated, the filibuster is the Senate’s traditional right for untrammelled, unlimited debate unless a super-majority of 60 out of 100 senators votes to end debate.)

This vote came at 1am Monday, just as the capital was engulfed in a major blizzard. Final passage by the Senate is now scheduled to take place on Christmas Eve. (Major symbolism there.)

Although the great champion in the Senate of this measure – the late Massachusetts senator Ted Kennedy – passed away before it reached a vote, a long-time colleague, Tom Harkin, called upon his colleagues to vote in favour of the measure in Kennedy’s memory. Harkin said, “Today we are closer than we’ve ever been to making sen. Ted Kennedy’s dream of universal health insurance coverage a reality. Vote your hopes, not your fears. Seize the moment.” (More major symbolism there.)

The Democrats’ victory became certain once their leader, senator Harry Reid, successfully brought his argumentative caucus together following some last-minute, late-night deal-making, thereby including remaining holdouts like Joe Lieberman and Ben Nelson of Nebraska. Nelson was – and still is – firmly opposed to any form of federal funding for abortion and Lieberman has been just as strongly against the last resort federal insurance programme option. The final strokes crucial to securing the vote for the majority included a special provision to grant $100 million to pay the full cost of Medicaid (federally funded medical care for the elderly) expansion in Nebraska (Medicare draws upon both federal and state funding), Ben Nelson’s home state. In addition, there was also an exemption for 800,000 senior citizens in Florida from any future benefit cuts in the private supplements to Medicare, the Medicare Advantage plans, passed during the Bush administration. This latter was a special provision sought by yet another Democratic senator, this time Florida’s Bill Nelson, a former astronaut. Seniors are a major constituency in Florida and no elected official can hope to be victorious without them.

This back-and-forth negotiation recalls German chancellor Otto von Bismarck’s old adage about the messiness of sausage making and diplomacy. We can now add healthcare programme passage to Bismarck’s list. Final passage became increasingly assured once the powerful lobby, the American Medical Association, gained some special deals itself for its support.

This now-expected passage would be a real victory for Barack Obama as well. Healthcare reform was a central theme in his campaign for the presidency in 2008 and, in fact, it has been a stated goal for Democratic presidents and party platforms for decades.

This reform bill is not, strictly speaking, a federal government health insurance plan like the National Health Service in the UK. Instead, it makes privately managed insurance compulsory for nearly everyone in the country, provides subsidies to assist the poor to buy such insurance, and offers incentives through tax breaks to make larger employers provide such insurance (and imposes penalties if they fail to do so).

Two more procedural votes remain in the Senate, with each requiring 60 votes to ensure passage. Final passage, however, will only require a simple majority and this last vote may come on Christmas Eve, unless Republicans succumb to the inevitable and agree to an earlier vote so that the Senate can adjourn for its Christmas recess. (Even more major symbolism there.)

There is, of course, that little matter of harmonising the differing Senate and House versions, before a consolidated congressional bill can be sent to the president for signature. There are still some real differences between the two versions, not least of which is stronger language in the House version on abortion, a government insurance plan option that is in the House version (and not in the Senate’s), and tax provisions that vary significantly between the two bills. However, the bills have major features in common. The most important provision – both set up new insurance marketplaces called exchanges, where uninsured or self-employed people and small businesses can comparison shop. In addition, insurance practices such as precluding coverage because of pre-existing conditions would be prohibited.

The real challenge for Democrats in the Senate, now, (even more so than in the House) is that any significant changes that come from the reconciliation process between the two measures then threaten to peel away the support of Democratic senators who were unhappy with one or another part of the healthcare reform measure – especially its most controversial provisions. This could even risk passage of the resulting reconciled bill once it goes back to the two respective houses for final passage.

Just as Democrats are eager to deliver a major win to the president, Republicans are equally determined to give Democrats no joy with healthcare reform. Republicans have identified those voters opposed to healthcare reform (as exemplified by the so-called “tea bag” rebellion) as a constituency to be cultivated. They hope to use this vociferous, negative reaction to healthcare reform measures to fuel their own efforts to make gains in congressional seats in the mid-term elections of 2010. Or, as Texas Republican senator John Cornyn said, “Perhaps the first day of accounting will be Election Day 2010.”

For more read Time, the New York Times, the Washington Post and the AP