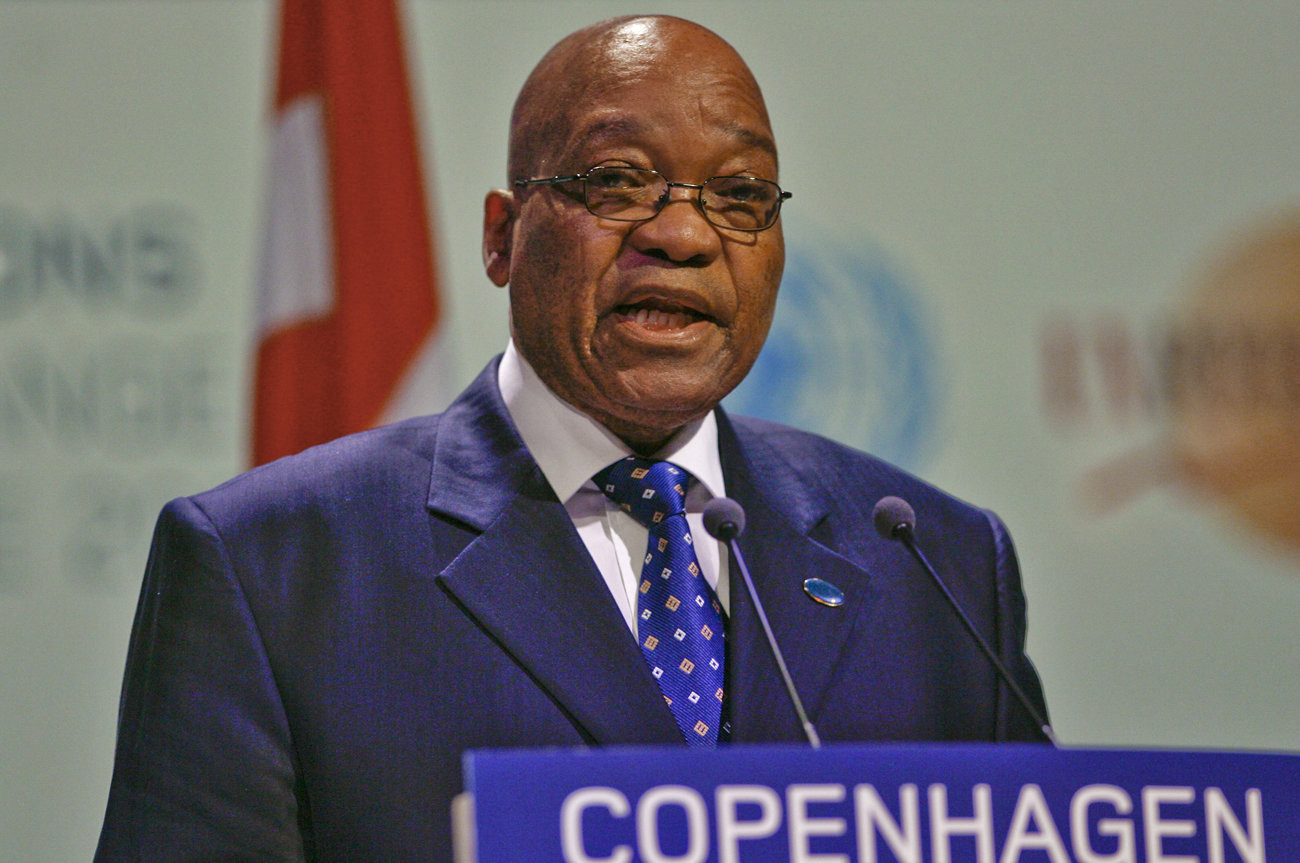 The Copenhagen climate “accord”, which is neither a “treaty” nor even an “agreement”, may have met the lowest possible expectations of climate change activists, but one person walked out smiling: President Jacob Zuma.

Just to be sitting there among the quintet of countries that eventually came up with the conference’s ultimate resolution, however unsatisfactory that accord might have been, was surely honour enough.

The article focuses on the familiar theme of the declining influence of the US and the rising influence of China, but he notes the conference produced not an elephant nor a donkey, but a three-page mouse.

“It wasn’t a bad mouse. After much predictable wrangling, China, India, Brazil, South Africa and the US, led by a desperate President Barack Obama, prompted a nonbinding commitment to limit the increase in world temperatures to 2°C by 2050.” This is all interesting from a climate change point of view, but from a foreign affairs perspective Gelb pertinently notes: “Washington is the indispensable leader in the world, but it needs equally indispensable partners.

“Even to produce the Copenhagen mouse (the brief, diminutive accord that ultimately became the accord’s theme song) Washington needed South Africa, India, China, and Brazil.”

And fantastic to be there when so many of the normal belles of the ball, countries like Germany, the UK and Russia were not.

So getting the crucial A-list invite was great, but did Zuma dance the dance?

This is much harder to know. But Gelb says African nations in particular “seem to have gotten religious about bloc power”.

African nations; discipline? Wait a minute. This is new.

“At Copenhagen, and for the first time, all of them banded together to pressure rich countries to pay for and save them from the scourges of global warming. Instead of taking the conditions of Western economies into account and pocketing the $100 billion offer of the US, they insisted on more and risked all. When an Ethiopian leader tried to broker a compromise with the West, his colleagues slapped him down.”

So, if Gelb is to be believed, Zuma achieved aims one and two; get into the crucial negotiating group and keep your bloc united and focused.

What about aim three; achieve something good? Here Zuma scores not so well. Not only was the “accord” effectively a non-binding not-very-much, it was not even a real step forward from what was there before.

The reason we know this is not because of what anybody said – most were predictably either cheering or booing the non-victory. We know this because the market tells us so; carbon permits traded under the EU’s $92 billion emissions trading scheme clean development mechanism were down 8% to €12.40 a tonne early on Monday.

Analysts quoted by Reuters talked about the “bare minimum” and “unsatisfactory” outcome, and said there was now no near-term prospect of the EU raising its 2020 target.

However, Zuma’s primary aim was not really or particularly clean emissions, but to ensure that Africa is able to use climate change to chivvy more boodle out of the rich world.

What he got was “talk” of rich nations providing $100 billion over 10 years to help poor ones reduce their offending carbon emissions.

So, score Zuma not maximum, but not minimum points either on the third target too.

All in all, however, Zuma can count the climate change talks as a significant foreign policy victory, all the more significant because it was so unexpected.