The Decoder: The holistic black hole

The Decoder: The holistic black hole 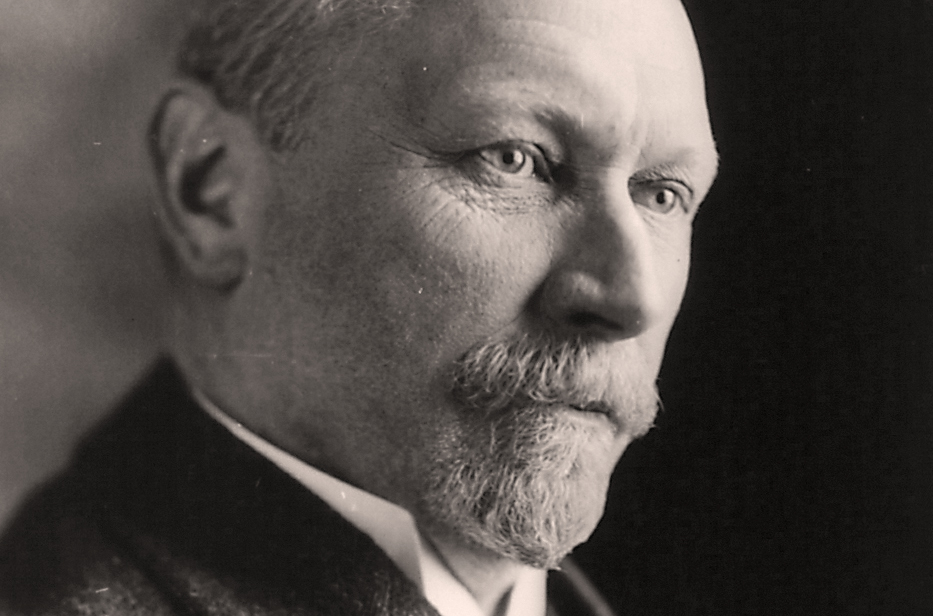 There’s ambivalence about the political legacy of Jan Smuts, but some real damage has been wrought through a modern perversion of his theory of holism.

Jan Christiaan Smuts was a busy man. He was twice Prime Minister of the Union of South Africa – from 1919 until 1924, and then again from 1939 to 1948. He fought in both Boer Wars; he commanded the British East African Army during the Great War. He helped create the Royal Air Force; he was the only signatory on both the Treaty of Versailles in 1919 and the treaties that ended World War Two. Between his stints as Prime Minister and international wartime mover and shaker, Smuts entered academia, where he found the time to scribble out his opus: Holism and Evolution. This was no provincial tome; Albert Einstein believed that the theories within, along with his own musings on relativity, would come to shape the world in the twentieth century. He was so impressed with Smuts’s intellect that he considered him one of a coterie of only “eleven men in the world” who could grasp his own newfangled theories. No word on the identity of the other ten, but I can guarantee that they weren’t South African politicians.

Holism and Evolution, it should be warned, is no Da Vinci Code-like page-turner; it makes Muammar Gaddafi’s polemic The Green Book seem like a scintillating beach read. Disraeli and Churchill’s reputations as the only major politicians of the past two centuries who could write clear prose remains unassailed by Smuts’s efforts. Nonetheless, it is obviously the work of a functioning intellect.

The concept of holism was not a new one – Eastern medicine had long considered the notion of overall balance as a bedrock philosophy – but Smuts coined the term, and gave it practical applications. He defined it as “the tendency in nature to form wholes that are greater than the sum of the parts through creative evolution”. This has implications for politics, cooking, health, art, sex, death and, of course, business.

The term “holism” has fallen out of favour, bumped from the lexicon by the more assertive “holistic” in the 1970s. As a philosophical theory, it’s enjoyed widespread influence, and has led to more than its fair share of bunk. It hasn’t done as much damage as Friedrich Nietzsche’s work on the übermensch or anything written by Karl Marx, but it has cut a sizeable swathe through the edifice of reason and common sense.

Holistic medicine practitioners assert that by treating the body as a whole entity – by keeping the elements in balance – they can have as much, if not more, success than invasive traditional medicine. Thus the idea has become a last resort for the desperate, forever tied with quackery and snake oil.

It’s a bit of a shame, because at base holism theory’s not a bad one, as theories go. But we’re long past any hope of rehabilitation. A warrior like Jan Smuts knew that when things come to a head, the only appropriate response is a full frontal attack, guns blazing. And that’s the point we’re at with “holistic”.

The term has come to be New-Agey, soft-edged, fuzzy, nonsensical. It’s hugged close to the ample bosom of matrons in hospice wards, it’s lobbed like a lavender grenade by hardened businessmen in boardrooms. The term “holistic approach” has become so ubiquitous it’s verging on a cliché. The general would not have stood for it.

How, indeed, does one take a “holistic approach” to any given problem? Presumably, it means treating every aspect of the problem equally. But it doesn’t take a genius to know that problems are problems because some aspect has fallen out of balance. Restoring balance would – and there are of course no guarantees here, but this seems to make the most sense – resolve said problem. It therefore stands to reason that by approaching an endeavour from all angles, by considering all the variables in relation to each other – the sum of the parts, to use holism’s definition – one avoids problems in the first place. So far, so good.

But is that what most people really mean when they bandy about holistic? The Decoder ventures to say that it isn’t.

Rather, it has connotations with a “natural” way of doing things – akin to the woefully abused (and previously Decoded) term “organic”. The word has ceased to mean anything in this context, so it becomes the laziest of all things: a catchall. Holistic embraces the ethos of the day – it sounds vaguely healthy, vaguely ethical, implicit in its use is that children, the elderly and the terminally ill will benefit from anything attached to it.

It should be remembered, however, that nuclear weapons provide a holistic approach to warfare – by bombing one’s enemy right off the map, one has taken care of the entire problem.

Smuts, who was notoriously grouchy, would no doubt be unimpressed at how far his word has come. He didn’t stand for mealy-mouthed obfuscators, and he couldn’t bear fuzzy thinkers. In the general’s good name, let’s retire his word, and send it to the verbal compost heap where it belongs.