The Decoder: Acronyms? Simplicity my ASS!

The Decoder: Acronyms? Simplicity my ASS! 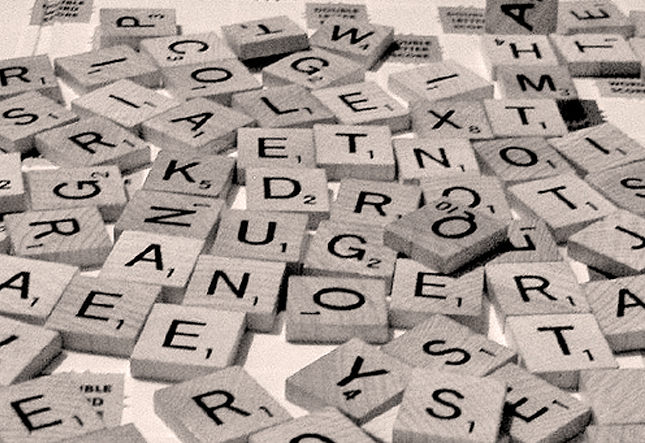 Alphabetism is a tool of obfuscation, but it does make some things plain – like bureaucratic ugliness and a contempt for verbal felicity.

When I was a kid, I had a predilection for canned food, and especially anthropomorphic canned food – sugary, goopy pasta molded as animals, or video game characters (yup – there was a Mario Bros tinned pasta product). This made an otherwise painful process – dinner – far more entertaining. I could eat boring old roast chicken and potatoes, or I could, with little more than a spoon, conjure a bushveld landscape in my soup bowl. A bookish lad, I would also happily spend a dinner fiddling with a bowl of alphabet soup, inventing a language comprehensible only to myself. I’d spoon a greasy K alongside a puffy R, hitch a swollen V to a mushy X. Or, if I was feeling particularly ribald, I’d search for an A and then coax two S’s from the bottom of the bowl. “What are you giggling at?” my mother would ask. “Well mom,” I’d say, “it’s hard to explain.”

Letters are the Lego pieces of language, the building blocks that allow us to construct the grand edifices of human thought. Sadly, letters have of late been subject to ritual abasement. Too many adults have cracked open a can of alphabet soup and fiddled away, inventing untold agencies, syndromes, diseases, governmental departments, NGOs (oops) – condensing words into a jumble of letters, whittling away at clarity. Any business meeting is rife with these letter strings, memos look like the alphabet has exploded on an otherwise clean sheet of paper, every field requires its own Rosetta Stone. Pristine language is always beautiful; a jumble of consonants is not. Too often, acronyms, and their counterpart, initialisms, are the manifestation of two lesser attributes of management science – pointless secretiveness and the power of incomprehensibility. Was Mark Twain joking or prophesying when he wrote, in A Plan for the Improvement of English Spelling, “Fainali, xen, aafte sam 20 iers ov orxogrefkl riform, wi wud hev a lojikl, kohirnt speling in ius xrewawt xe Ingliy-spiking werld”?

The acronym and initialism rose in prominence over the course of the twentieth century (there is some disagreement on nomenclature, but typically an acronym is a contraction coined as a word, like Nato, while an initialism is a succession of pronounced letters, like FBI. I prefer the catchall neologism “alphabetism”). The Oxford English dictionary tells us that the first printed record of an initialism occurred in 1899, and the first acronym in 1943. This made practical sense: column space is limited, and if the Royal Air Force can be contracted to the RAF, so much the better. Then there was the increase in complicated scientific terms: why bother with “light amplification by stimulated emission of radiation” when “laser” is a little sharper? Franklin Delano Roosevelt’s New Deal programme during the Depression years, with its proliferation of governmental agencies, helped usher in the era of the official acronym; coverage of the Second World War, followed by the Korean War, helped instill in the reading public the notion that alphabetist military agencies were both our protectors and our saviors. It wasn’t important to know what these agencies did, or what they stood for. It was enough to know that they were kicking ASS on our behalf.

Convenience always has a flipside, and short-term clarity has led to long-term inscience. The average reader – and I count myself as one – is as well versed in science as an English serf was during the Dark Ages. I don’t need to know that DNA stands for deoxyribonucleic acid, but at the very least the full term prompts some questions: I’m made up of little strands of acid? Tell me more.

The New Deal ushered in the alphabet soup agencies, the range of programmes and initiatives that have come to define modern government. Many of them were deeply unpopular amongst Americans who believed the state should not insinuate itself so fundamentally into the lives of the people. Thus, Federal National Mortgage Association – a controversial New Deal agency – became FNMA. This trend has not abated (southern Africa has been particularly fertile alphabetist territory: COSATU, SWAPO, SATAWU, SADC – the shelves of the land are stripped bare of alphabet soup).

There is something in the euphonics of a string of consonants that delights the martial spirit – like the clash of cymbals in a military brass band. Indeed, no institution uses acronyms quite so often as the military; nowhere are the twin notions of secretiveness and power more important. There is also something in the nature of the acronym that has a necessarily befuddling factor: in democracies, it is incumbent on the military to explain itself to the polity. That we have to literally decipher military reports undermines the spirit in which they are made. It’s entirely unsurprising that the US Navy acronym ADCOMSUBORDCOMPHIBSPAC, meaning “Administrative Command, Amphibious Forces, Pacific Fleet Subordinate Command” is the longest acronym on record, while that department’s one-time opponent, the USSR, boasts the longest initialism: NIIOMTPLABOPARMBETZHELBETRABSBOMONIMONKONOTDTEKHSTROMONT (sadly, we don’t have the space to explicate).

Alphabetism is not, of course, code. All it takes is a little digging, a little research, a little insider knowledge, and lo! – understanding. Yet the Soviet example above, which appears in the Guinness Book of World Records, could only have been deciphered by a handful of specialists. Here, the work of the acronym is so absurdly tyrannical that it seems buffoonish – what kind of fool would string 56 letters together and expect it to be comprehensible? But only a handful of people were ever meant to know anything in the Soviet Union; these 56 letters perfectly elucidate the Dr Strangelove nuttiness of the regime: comic, clownish, remarkably unpleasant to live under, and armed with oh, about 1 200 nuclear weapons. We see here that alphabetism is too often used as a tool, and it is not a tool of convenience – it is one of obfuscation, and one we should regard as deeply suspicious.

In Salmon Rushdie’s recent Shalimar The Clown, he equates the rise of alphabetism in India with increased military interventionism in the mountain paradise of Kashmir. “The ugliness of the bureaucratic terminology,” he writes, “marked it out as power speech. Power had no need for prettification, no need to make things easy. By showing its contempt for verbal felicity, it showed itself as itself, naked and unadorned. The iron fist took off the velvet glove.” Alphabet soup is child’s play, but alphabetism is the work of those who would never brandish their spoons in the cause of joining an A and two S’s in glorious confluence.

Which brings to mind my favourite example of alphabetism: When Canada’s two conservative political parties, the Canadian Alliance and the Progressive Conservatives, joined forces in 2003, they briefly took on the name Canadian Conservative Reform Alliance Party. Or CCRAP. For a beautiful instant, an alphabetism spoke the truth. After much derision in the press, the curtain was once again lowered: In their new guise, they are the plain old Conservative Party of Canada (sorry, the CPC). And they run the country. This is another case of pure ASS, or Acronyms Stop Sentience. Become an ASS member now, and together we’ll put a stop to this ccrap