A bent banana - the shape of things to come

A bent banana – the shape of things to come 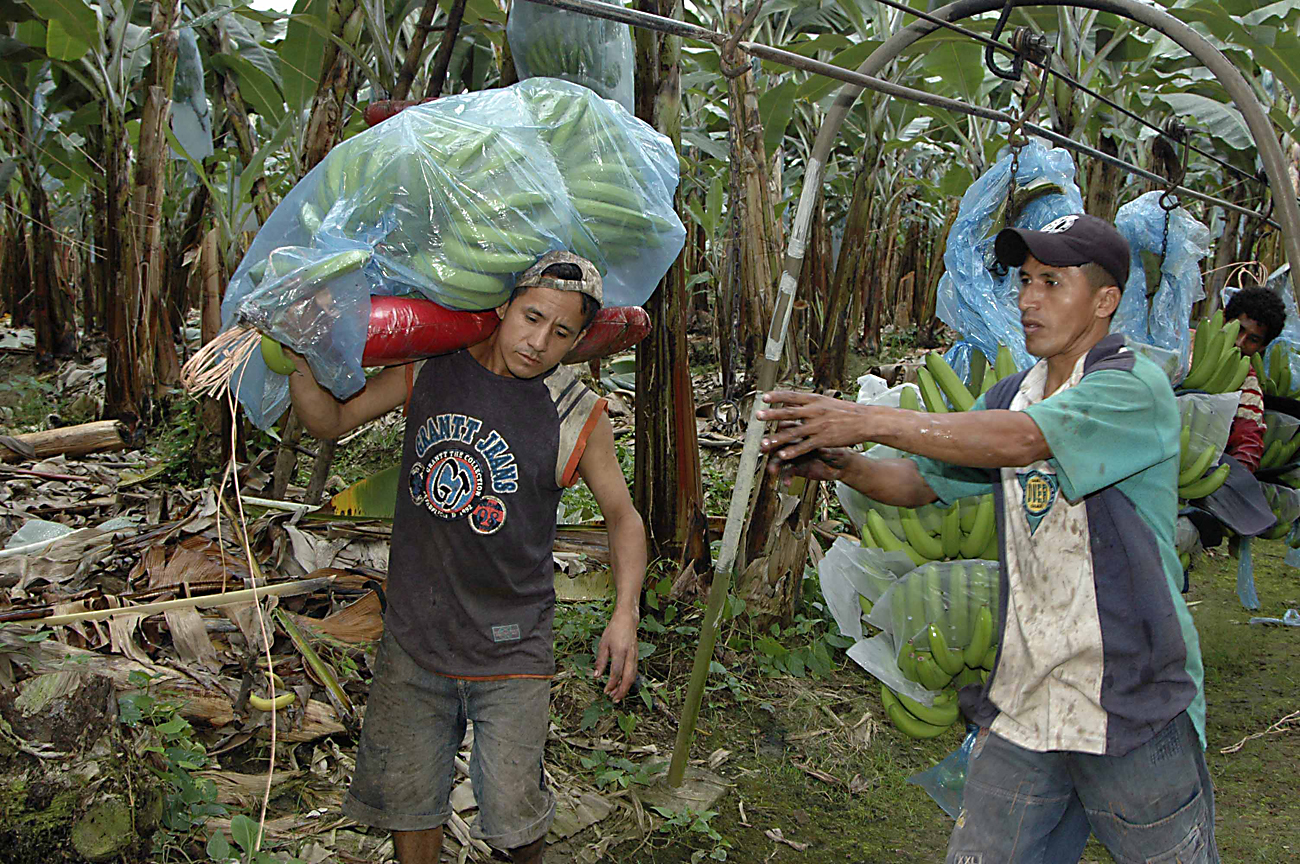 There is nothing like a bent banana to boil the blood of free-marketers, Euro-sceptics, and, of course, baboons. Really. But alas, no longer, since the famous banana wars are now over, or at least, relegated to the bickering primates.

Perhaps the most notable part of the banana wars was the story by the British tabloid, The Sun, back in 1994 which wrote under the headline “Barmy bent banana ban”  about the ever-despised Brussels bureaucrats who had regulated the correct curvature of the banana.

In fact, Commission Regulation (EC) 2257/94 did not totally ban particularly curved bananas, but did specify that bananas must be “free from malformation or abnormal curvature”. In the case of “Extra class” bananas, there was no wriggle room, but Class 1 bananas could have “slight defects of shape”, and Class 2 bananas could have full-on “defects of shape”, the BBC noted some years later.

The article did much to entrench the British Euro-sceptic view that Brussels was a regulatory nightmare intent on imposing all kinds of “nanny state” regulations on the freedom-loving British. The Sun might have exaggerated the banana story (would you believe it!), but, in fact, it would not have been an exaggeration had it noticed cucumbers, since Class I and “Extra class” cucumbers are allowed a bend of only “10mm per 10cm of length”.

The whole argument would have dissipated into folklore were it not for the fact that a much larger and more important dispute broke out at about the same time – the famous “banana wars”.

The shorthand version of the “wars” is that European countries wanted to give their former colonies a leg-up, so they provided many Caribbean countries with quotas for bananas at a lower tariff than those countries traditionally closer to the US, which, in turn, took umbrage.

Like many trade disputes, the principle and the practice on the ground gradually diverged, resulting in a bizarre situation even more nutty that the EU’s banana bend regulations. Trade distorted around the allowances as well as concentrating on specialisation.

Eventually, the main beneficiaries of the EU endowment were very few, mainly Jamaica and St Lucia, neither of which are particularly poor. Some of the Caribbean countries which had been excluded, among them Ecuador and Costa Rica, actually needed the dispensation more.

Of course, they didn’t get much of it. According to the FT’s Alan Beattie, the main beneficiary was, you guessed it, an EU company and fruit shipper called, Fyffes, now listed in Ireland, which incidentally also ships South African oranges and other fruit.

Anyway, what has happened now is that the EU is going to slash its longstanding tariffs on imported bananas from €176 a tonne to €114 a tonne over seven years. In return, the US and banana-producing countries from Latin America will drop their litigation against the EU at the World Trade Organisation, while the former colonies will receive an additional €200m in development aid.

This “just pay them” solution marks an ignominious end to a dispute which really threatened at one point to get totally out of control. The US adopted a high moral tone in the dispute, and in 1999 imposed a retaliatory charge of 100% import duties on European products, encompassing everything from Scottish cashmere to French cheese.

The dirty secret of the trade war (there always is one) was that the US was concerned then as now with its current account deficit and thought – probably correctly – that fighting the noble war against European protectionism was one way of improving its trade position.

The US was also spurred on (these were the Clinton years remember) by US multinationals which dominated the Latin American banana industry. The Guardian reported at the time that 24 hours after the Clinton administration took the “banana wars” to the World Trade Organisation, Chiquita Brands, a powerful, previously Republican-supporting banana multinational, made a $500,000 donation to the Democratic Party.

Now, however, butter wouldn’t melt in anybody’s mouth. Benita Ferrero-Waldner, the interim European trade commissioner, called the settlement “a very historic moment”, saying: “This dispute has soured global trade relations for too long,” the FT reports. The Doha round is supposedly now boosted by the end of this longstanding trade war.

South Africa does not export bananas, so locally it seems to be an arbitrary dispute, but nothing could be further from the truth.

The lesson of the banana wars is that agriculture is intensifying in competition, concentrating on type, and farms – or should we call them factories – are becoming larger and larger.

Stand in front of this hurricane, and you will be blown over. If the EU will not, SA cannot. You can bet your bottom bent banana on it.

Photo: Ecuadorean workers harvest bananas at the Primavera farm in Machala November 18, 2009. European Union trade negotiators were then within days of a deal to cut tariffs on bananas imported from outside the African and Caribbean regions, notably from Latin America, EU trade commissioner Catherine Ashton said. REUTERS/Victor Cedillo