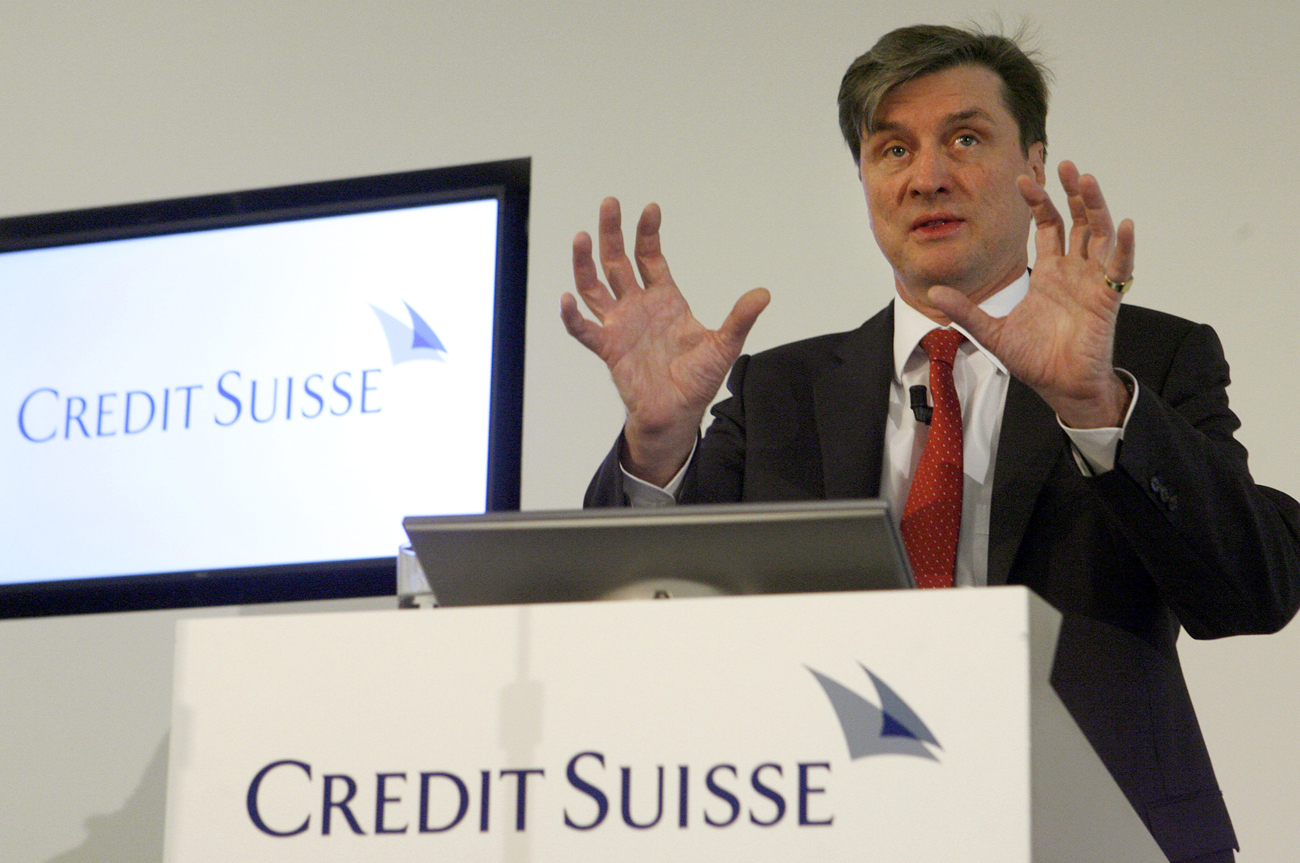 The Swiss continue to enhance their reputation as a people who will take money from anywhere, in utmost secrecy, whatever the cause. Think back to Adolf Hitler and his cronies. And think of the generations-long fight against the Union Bank of Switzerland, the Swiss Bank Corp. and Credit Suisse, over hundreds of millions of dollars worth of assets belonging to European Jews and hidden by the Nazis in Swiss bank accounts.

Now, some 70 years later, Credit Suisse will pay $536 million in fines after providing rogue nuclear state, Iran, with what regulatory authorities say was a business model to circumvent US sanctions. This was no passive deposit-taking (not that the Nazi loot was either). The bank went so far as to produce a pamphlet titled “How to transfer USD payments”, helping Iranian clients by checking each transaction manually to make sure they wouldn’t be detected.

This didn’t impress the US department of the treasury’s office of foreign asset control, which along with US attorney general Eric Holder and Manhattan district attorney Robert Morgenthau, has led the charge against Credit Suisse and other global banks for allowing some of the world’s most unsavoury regimes – Iran, Libya, Sudan, Burma and Cuba – a global trading platform.

Credit Suisse has managed to negotiate a 24-month deferred prosecution agreement with US authorities over the Iran debacle, but could still face criminal prosecution if it doesn’t get its act together. The US investigation began after Credit Suisse processed more than $700 million in Iranian payments between 2002 and 2006, and other transactions involving Sudan, Burma, Cuba and Libya, according to authorities. And the bank hasn’t been helped by the fact that its US business has taken off since markets crashed in 2008, at a time when the US government has controversially been bailing out its own.

But it’s not the only global lender engaged in skulduggery. Last year a New York court froze $2 billion of ostensibly Iranian money held by Citigroup. And London-based Lloyds TBS said it would pay $350 million to US authorities for stripping Iranian transactions of identifying tags between 1995 and 2007, before channelling them through US banks.

By fining Credit Suisse such a large amount, the US is sending a message to global financial players that it won’t tolerate their putting spokes in the wheels of its Middle East policies by upsetting its control of the global financial system. Seeing as the US is the main player in Iraq and in the Israel-Palestinian conflict, it’s still the power that carries the big stick.

Although Libya is still a destabilising force, it has given up its nuclear, biological and chemical weapons ambitions in return for trade with the West. And Sudan, Burma and Cuba are mostly just a nasty human rights itch (although China’s interests in Sudan’s oil really annoy the US). But Iran is the centre of the rogue state universe, after years of keeping its nuclear programme under wraps, which few in the West believe is designed only for the peaceful generation of electricity.

Britain, France and the US have just issued fresh warnings at the UN Security Council that Iran faces new sanctions over uranium enrichment. And China and Russia now back aspects of the resolution. But Credit Suisse’s top-tier management has pretended it was blissfully unaware of the bank’s Iranian transgressions, saying it conducted its own investigation and terminated business with all parties sanctioned by the US.