The $64 billion question: Where are Dubai's real debts?

The $64 billion question: Where are Dubai’s real debts? 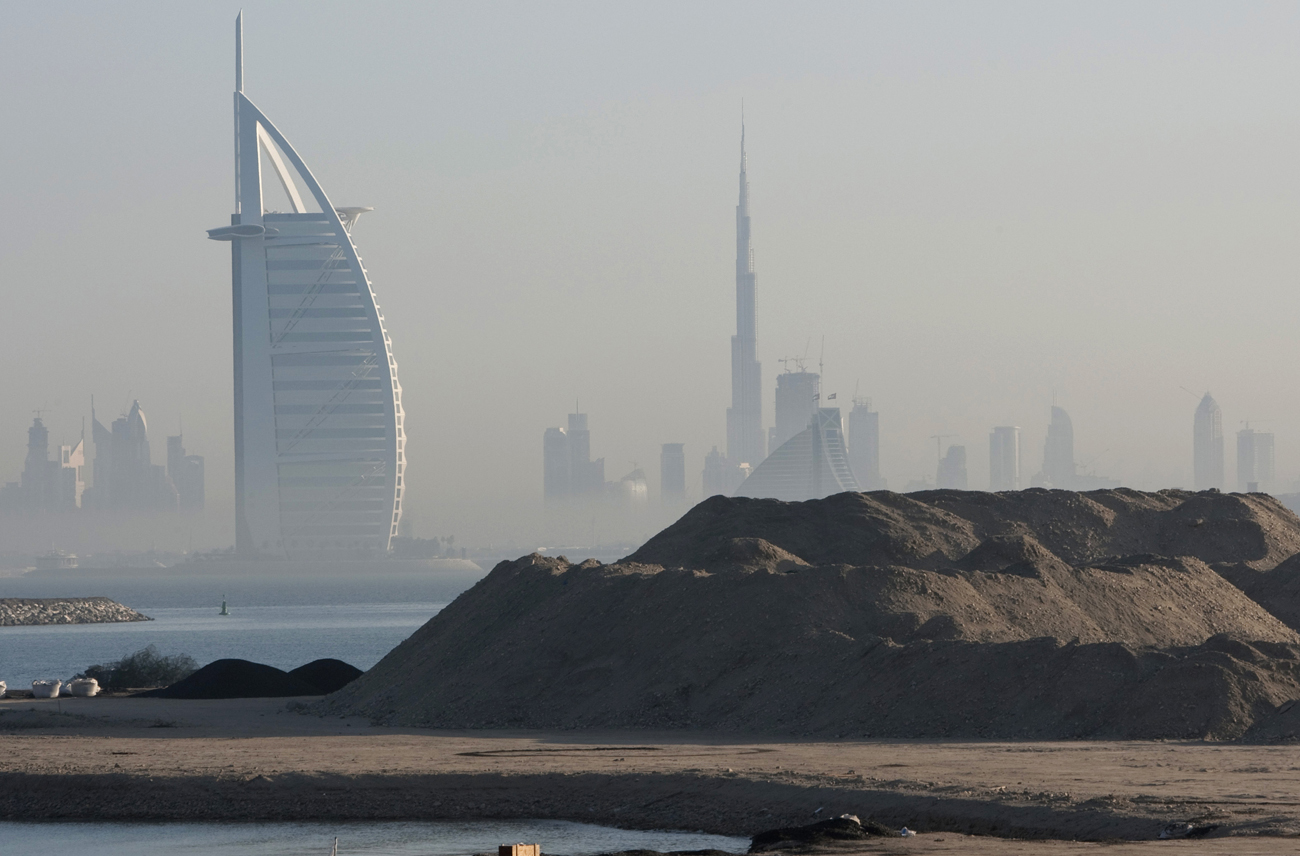 There are lots of unanswered questions when it comes to the elastic band that is Dubai’s debt trap. Is it frayed? Will it spring back to a healthy shape, or burst apart to the edges of the financial universe? Nobody really knows.

It now looks as if the ragged teeth of unfinished skyscrapers that litter Dubai’s skyline portend a deeper truth. The emirate’s once-sparkling smile is now a grimace, and unless the winds of fortune change quickly, and Dubai changes with them, the punch-drunk visage might become a permanent feature.

So far, Abu Dhabi has kept its neighbour off skid row by covering some $4.1 billion in immediate debt. But this means it’s already provided $25 billion to its cash-strapped neighbour. More hurdles remain, namely Dubai’s total debt of some $80 billion. A gigantic $56 billion of that is now owed by state-run infrastructure firm, Dubai World, and its money-hungry subsidiaries, including property developer, Nakheel, over the next three years.

Abu Dhabi banks have gambled on Dubai rising from the desert sands and becoming the squeaky-clean Las Vegas of the Middle East. The returns have been great until now. But having built up to an estimated 30% to 40% of their loan books to fund Dubai’s wedding-cake looks, the bad times mean the forward-looking riches have disappeared into the desert dunes. So, banks across the region now face substantial provisioning, with the risk of rising interbank lending costs, and even possible loan freezes.

Dubai’s rapid growth meant there were few controls. And just as the frenzy that engulfed Wall Street during the seemingly endless boom years, banks have gone from bloated balance sheets to anorexic skeletons almost overnight. The sum for Dubai’s unfinished construction projects is in the hundreds of billions of dollars (some say $400 billion), so who is carrying the risk? Multiple reports state that Abu Dhabi will “pick and choose” how to assist Dubai. As capital of the United Arab Emirates and home to the central bank that feeds the cluster of seven emirates, everybody is exposed to everyone else. Abu Dhabi pumps 90% of UAE oil, so that’s a big hedge. But just as Dubai World has subsidiary upon subsidiary, and extends its tentacles into state enterprises, parastatals, and listed firms, it’s hard to track where the fault lines lie in the patchwork that is UAE finances, and beyond into the markets of the Middle East proper.

Abu Dhabi’s own cost of insuring its debt against default has soared, from just less than $100,000 per $10 million, to more than $177,000. And while this number fluctuates with the desert winds, there’s no guarantee that Abu Dhabi will keep forking out money to save its emirate cousin. For now, though, the prospect of rising costs on its own borrowings appears to have galvanised Abu Dhabi into providing more cash to Dubai. Stock markets swelled after Abu Dhabi’s payment of $10 billion to its neighbour, with Abu Dhabi’s stock market clambering 7.9%, while Dubai’s benchmark index rallied 10%, the biggest single-day gain in more than a year. But this remains far below its level before Dubai World announced it wanted a hold on debt.

Reuters quotes Abu Dhabi people who say most of the über-emirate’s credit flow was to big, government-backed entities in Dubai, which helped collateralise Abu Dhabi’s own late entry into the wedding-cake architectural stakes.

“During those years, the property market was still in its infancy in Abu Dhabi, so like other banks here, we, too, diverted our credit to Dubai,” one Abu Dhabi bank executive said. “We have to face the stress that will be caused to our balance sheet and profit and loss account due to this exposure to Dubai World and associated companies because it is a default. Yes, we will have to take more provisions.”

No one yet knows where the debt really resides. Western banks appear to have some $12 billion of exposure to Dubai’s unfinished building frenzy. There’s a sprinkling of Islamic sukuk bonds, such as the one that funded Nakheel’s $4.1 billion of due debt. But the market wants to know if Abu Dhabi’s latest $10 billion was a gift, or a loan, or came from the proceeds of a veiled asset sale. Abu Dhabi recently launched a push to improve transparency and raise money overseas, to help fund its own 20-year development programme. And so far, the emirate has raised about $8 billion this year on international credit markets. But last week, ratings agency Moody’s placed the credit ratings of several big Abu Dhabi companies on review for a possible downgrade, citing uncertainty over government support. And in the meantime, rival agency Fitch downgraded Dubai Bank, and also Tamweel – the largest provider of UAE real estate financing. It also downgraded Bahrain’s TAIB Bank.

Another motivation for Abu Dhabi helping out Dubai World is the company’s Dubai port operations, which it needs to market as a dependable global transport hub. Dubai has got off lightly to date. But if the property market doesn’t return soon, hundreds of billions of dollars worth of skyscrapers and palm-shaped islands will remain unfinished hulks amid the dunes and warm waters off Dubai’s coastline.