China: the world's top polluter is also an emerging gre... 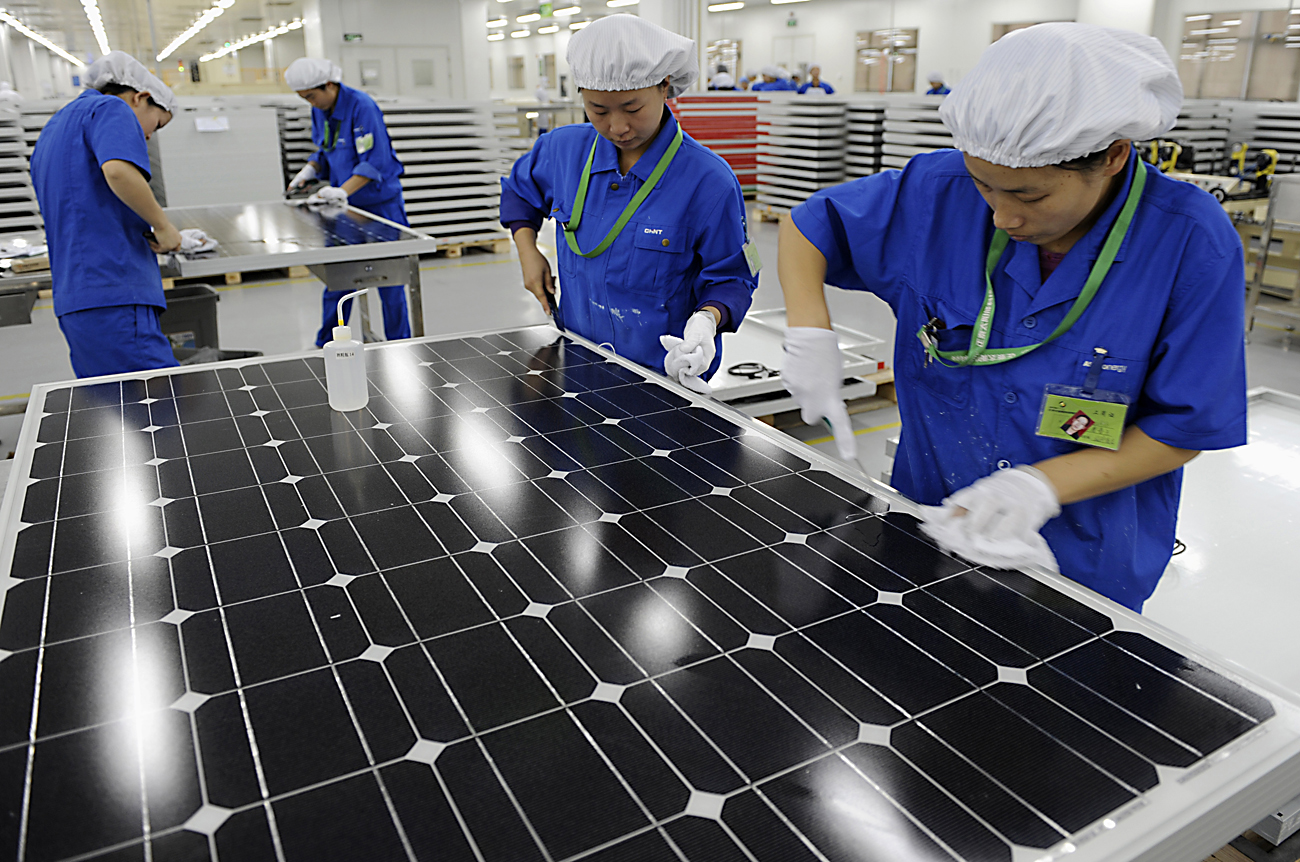 According to environmental analysts, China is now engaged in an increasingly vigorous effort to add green technologies for the world's biggest population and its fast-growing industrial economy. This effort could eventually reshape its entire economy.

China is one of the most important players in Copenhagen – especially in opposition to the US on emission curbs and subsidizing poorer nations’ adoption of clean-energy technology – it is also the world’s biggest source of carbon emissions. (For more, Read The Daily Maverick story All hail the brave new world of Chimerica) However, relatively less understood is how China is becoming a source of some of the solutions to global climate issues.

China’s economies of scale are now bringing down the cost of solar and wind energy and other environmentally friendly technologies like electric car batteries. The so-called China price – the cheap labor and capital that has refigured other manufacturing – is now reaching green technology.

As Jonathan Woetzel of McKinsey and Co.’s China office says, “The China price will move into the renewable-energy space, specifically for energy that relies on capital-intensive projects.” The Chinese government itself is supporting this trend as well, aiming to replicate the effect of those special economic zones that transformed Shenzhen from a sleepy fishing village near Hong Kong into one of the world’s biggest manufacturing export centers.

Chinese regulators will announce several low carbon centers next year that will benefit from preferential policies that promote low carbon manufacturing and exports. Of course, there are risks, too. China might simply become a low-cost manufacturing base, not a source of innovation, or its cost cutting could stifle innovation overseas. Meanwhile, China’s carbon footprint is still huge. For each out-of-date power plant it shuts down, it adds the capacity of roughly two more and even in some of its better power plants, company bosses don’t want to pay to clean up their emissions. But China and the US have 44% of the world’s coal reserves between themselves, and aren’t about to surrender this cheap, reliable source of power.

And yet, in the daily struggle to deal with global warming, some of the biggest gains can be made in scrubbing carbon from coal-burning power plants. The capture technology also traps the gasses released by coal plants as they burn coal and is then pumped into salt caverns or aging oil fields. The downside with the current technology is that it cuts energy output by a fifth or even more. The other alternative, precombustion carbon capture, involves completely redesigning plants: coal is turned into a gas, the carbon dioxide is stripped out and the rest is burned. But these integrated gasification combined cycle plants cost billions of dollars and have not yet been done on a commercial scale yet. China has a technological lead in turning coal into gas and is using the technology widely to make petrochemicals and fertilizers as a substitute for pricier natural gas. Their lead is clear that some US companies have in fact started to license gasification technology from China. Meanwhile, Chinese factories have pushed down prices of solar panels and China hopes it can reshape green technology as it has other businesses. (Seen a computer not made in China lately?)

While critics say current carbon capture technologies are inefficient, using too much water and is not yet proven technology, analysts estimate carbon capture could account for between 15% to 55% of the world’s cumulative carbon emissions reduction by 2100. China is also reshaping two of the biggest green technologies in use already — wind and solar power. Chinese wind-turbine makers are starting to export, including supplying 240 turbines to one of the largest wind-farm projects in the US – a 36,000 acre development in Texas. And, China already has a 30% share of the global market for photovoltaic solar panels used to generate electricity. A tough competition they pose is already forcing rivals to shift production. US Evergreen Solar Inc, for example, has announced it will move its assembly line from Massachusetts to China. Nonetheless, foreign companies still create and own most of the key technologies. China’s cheap manufacturing may spark protectionism efforts, analysts fear.

Daniel Rosen, from the consulting firm Rhodium Group, adds, “the question — and danger — is whether by oversupplying the market today China is damaging longer-term innovation and competition in the sector for the future.” Still, China is turning its excess capacity to advantage. Until this year, China’s solar-panel makers was exporting its output to countries where the governments supported growth in the sector. With the glut in supply and the drop in prices, Chinese officials are now talking about raising solar power capacity targets five- or tenfold, so that by 2020 China could have more than double current global solar-power capacity.