Copenhagen: chaos is the word, while some see REDD 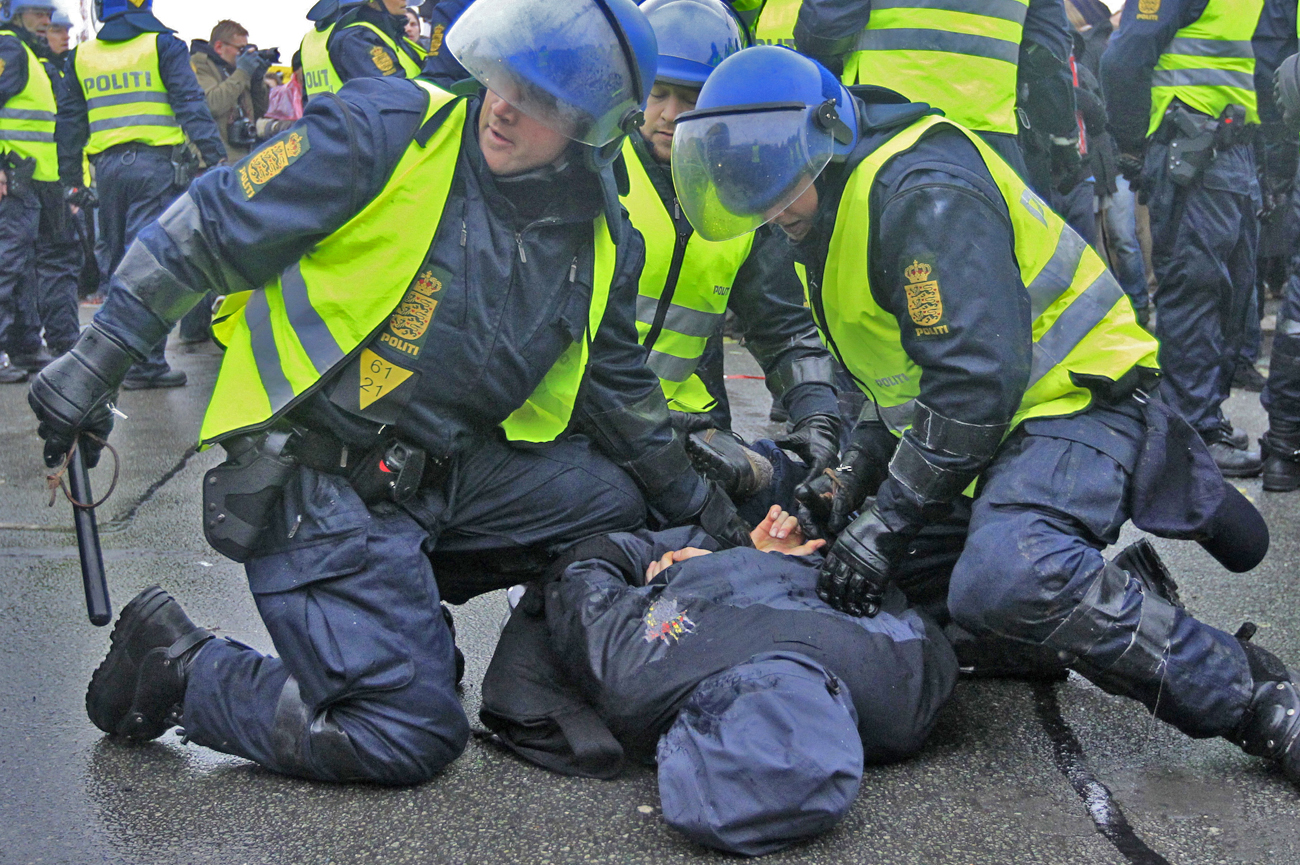 A top UN official calls the state of the talks “terrible,” and the newest draft of a proposed global accord leaves the critical questions unanswered: how deeply nations will cut their greenhouse gas emissions, how much money will flow to help poor nations adapt to global warming and just how will any environmental programme be monitored and verified.

To Be Elaborated means never having to become a treaty article.

A UN staffer came into a news conference bearing a symbolic SOS – an orange-and-white life preserver. The message: not much progress in the Copenhagen international climate negotiations here. The UN’s Yvo de Boer and recently-departed conference chair, Connie Hedegaard, then listed the issues facing the various working groups between now and the conference closing on Friday. The draft text is dotted with the telling phrase, “to be elaborated.”

De Boer said the disputes demonstrate the real disagreements. As an example, he told reporters, “There are 400 million people in India who lack access to electricity,” he said. “How do you switch off the light bulb that you don’t have?”

Meanwhile, at a protest about agriculture policies, entitled “Resistance is Ripe”, held out beyond the Bella Center at Islands Brygge, demonstrators came dressed like pigs and dairy cows, towing a giant modelled elephant or bearing giant papier-mâché fruits and vegetables on sticks, extolling the virtues of the vegan diet or organic farming. Carmen Miranda meets international trade policy?

And then in a cozy restaurant out near the waterfront, the world’s energy fat cats were encouraging atomic power for a cleaner-energy world. The reception was in opposition to an earlier rally that urged the world to reject nuclear power as a technology that did nothing bu spew waste and plutonium. Laurent Stricker, chairman of the World Association of Nuclear Operators, warned that some countries were trying to exclude nuclear plants along with large dams from lists of projects that countries could get credit for as steps to curb greenhouse gas emissions under a proposed global treaty. “Nuclear must be part of the solution,” Stricker comments.

Then there is the global mayors meeting that has been part of a gathering called Local Governments for Sustainability, which has been holding standing-room-only presentations since the opening of the climate conference last week. With some 1,100 delegates, it is actually the second-largest delegation after Denmark’s representation. This is a recognition that half of the globe’s population is in urban areas.

On a serious, substantive – and positive – note, negotiators have nearly reached a sweeping deal that would provide compensation to countries that preserve their forests, and to some degree, peat soils, swamps and fields that also play a key role in curbing climate change. Forests are efficient absorbers of carbon dioxide, and the destruction of tropical forest trees is estimated to account for 20 percent of greenhouse gas emissions globally.

This agreement, assuming it is signed, may be Copenhagen’s most important achievement. It would represent a system so that countries can be paid for conserving disappearing natural assets, based on their contribution to reducing emissions.

A final draft of the agreement, or Reducing Emissions From Deforestation and Forest Degradation (REDD), was passed to environment or forestry ministers from the nearly 200 countries on Wednesday. While details remained to be worked out, all the key points of disagreement — i.e., the rights of indigenous people living on forest land and what is defined as forest — had been resolved.

These payments will provide a much-needed new income stream for poorer nations and for richer ones the real lure is the carbon credits that can cancel out, in part, industrial emissions via the carbon trading system. This is similar to the cap-and-trade plan now being debated by the US House of Representatives. The forest becomes a “pot of money or a get out of jail free card. Either way, there’s the prospect of financial benefit now, as opposed to just being told, ‘Do the right thing,’ like it was two years ago,” said Peg Putt, a Wilderness Society policy consultant.

Under the cap-and-trade system, companies that cannot meet their greenhouse gas pollution limit could buy extra permits by investing in carbon-reduction programs abroad. Preserving forests under REDD would presumably qualify for cap-and-trade. The current draft also includes natural features like like peat bogs that store large amounts of carbon dioxide in their soil as eligible.

As a result, scientists are now trying to calculate the carbon storage capacity of such features for their potential financial benefit. Some scientists are challenging this process by noting that while the oceans are not part of this treaty, the oceans represent the biggest carbon store on the planet.

The monetary value of saving forests is even pitting environmentalists against one another. People like Steven Kallick, director of the Boreal Conservation Pew Environment Group argue that if Copenhagen does create a mechanism for monetizing forests, “we think all forests should be included.” Kallick notes that by some measures, boreal forests store twice as much carbon dioxide per unit as tropical forests.

But, while there has been this real progress with forests, UN sources say little else has been achieved at the other bargaining tables. The chief US delegate Todd Stern said, “there’s a great deal yet to do,” and he added that Barack Obama is not going to change the US commitment to reduce greenhouse gas emissions in the United States by about 17 % below 2005 levels by 2020. Stern noted, that this number is “tied to legislation. We don’t want to promise something we don’t have.” Ban Ki-moon, UNSG, like a football coach trying to urge his demoralized team to one final effort to score said, “We do not have another year to deliberate. Nature does not negotiate.”