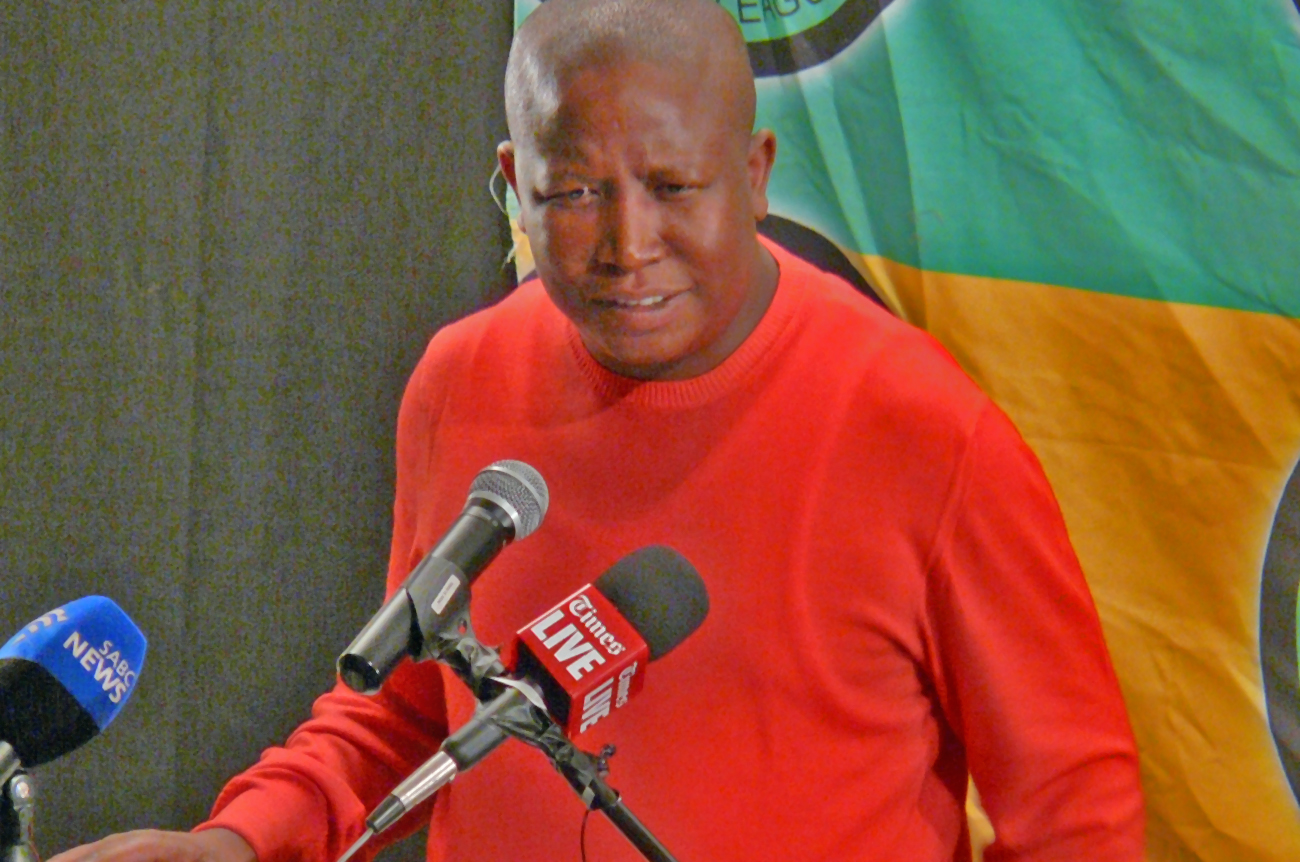 As Julius Malema grandly accepts war with the SACP, Kgalema Motlanthe gives one of the first indications that the young firebrand's star could be on the wane. And, yes, there are a few more distressed people in the alliance.

There’s a scene from the immortal British comedy sitcom “Yes, Minister” in which the minister, Jim Hacker, asks his permanent secretary, Sir Humphrey Appleby, for advice on dealing with a difficult little state. Appleby’s advice is that there are the usual five options. He can do nothing, officially protest, cut off foreign aid, cut off diplomatic relations, or declare war. If he does nothing, he looks weak. If he protests, he’ll be ignored. If he cuts off aid, the wrong people get hurt. If he stops talking to them, communication will end, and if he declares war, he’s probably over-reacting. Julius Malema can only over-react these days.

He did that again this week with his “we’ll accept the declaration of war from the SACP”. And of course, he’s over-reacting. But he’s painted himself in the corner and that’s all he can do. And, as we’re all beginning to learn, the right course is to ignore him. Interestingly, that’s exactly what Blade Nzimande and Jeremy Cronin have done since the end of their congress. But Malema’s usual diatribe is interesting because it’s aimed at the thinkers of the revolution, and not monopolistic capital or any other such anti-revolutionary beast. And, as usual when people over-react, their huffing and puffing at the wrong target makes them lose credibility, and, therefore, power.

Someone who has all the nuance and sophistication of Sir Humphrey is, of course, the deputy president, Kgalema Motlanthe. He’s one of the few political operators who doesn’t need to dodge questions, but can actually answer them pretty directly, and keep his job. Difficult thing that. And yes, the ANC will continue to “nurture” Malema. (Sigh)

But there is a sort of a hint that if he keeps this up, the ANC’s patience will finally start to wear thin. Of course, whether he’s speaking for himself, for Zuma or for the party in general, is probably open to question.

However, Motlanthe does say “there is no doubt in my mind this will set in motion disciplinary action”. And that’s against Malema. Finally. But it’s also against Cronin, and his reaction to the “white messiah” comment. Outside the slightly odd world of the alliance, it would seem unfair to punish Cronin on an equal basis as Malema. Malema started all of this, despite his protestations, with his insistence on speaking at the SACP conference. He pushed matters up a level by speaking to Gwede Mantashe in such a public forum. Also, while the ANC does have the right to discipline Cronin as an ANC member, the fact is that he’s the deputy leader of another party with which it’s in alliance.

The person at the centre of all this, the two-hatted Mantashe, wasn’t at today’s press conference. That’s unusual in that he normally represents the national executive committee in public. But, according to Motlanthe, he had an urgent meeting with an ANC delegation from the Eastern Cape.

You can stop laughing now.

The question that begs to be asked is: what are we to make of Cosatu’s silence on all this? Zwelinzima Vavi did speak at the SACP conference, telling delegates they shouldn’t be subordinate to the ANC. And, while Cosatu is officially quiet, the National Union of Mineworkers, its biggest affiliate, and the National Union of Metalworkers of SA are both in the SACP/anti-Malema camp. So it does feel as if Cosatu will go their way, if pushed. Vavi may be waiting for the right moment. Should the SACP bring the brains to another alliance, he can very much bring the brawn, and the street protests, to any anti-ANC action.

We have to ask what are the driving factors behind Malema’s moves and the ANC’s seeming reluctance to limit the Youth League’s actions? The problem is, Malema is taking things pretty close to the brink these days and he does seem driven to push as hard as he can.

There are many hypotheses flying over his motives, and we also have one. The Youth League says the mines must be nationalised now. It would help some people, and hinder others and the Youth League would be one of those organisations that would be helped. Remember, its investments in the mining sector have gone spectacularly badly. It’s lost tons of money, and its investment arm, Lembede Investments, is being wound up. So it would really help Malema & Co. if government came along and took these holes in the ground off their hands. For a fee, of course. That seems to be what Cronin was warning about at the beginning when he spoke about “bling”. Tie all of this to Malema’s lifestyle, and you have to wonder. He will deny it all, of course. And we don’t have any proof of what’s going on, but the benefits for the advocates of nationalisation would have been spectacular.

The events of last month hopefully provide an impetus for a much bigger debate about the role of the state in the economy. If the future president Malema can increase the size of the state, and control parts of the state, he will become very powerful indeed. And that would be something worth fighting for. And even worth pushing the alliance to the limit for.

The one person who could put an end to all of this is President Jacob Zuma. He’s the guy who can order Malema to stop it, and stop it now. Malema would have no option, but to obey. (We can’t really see him fully obeying Motlanthe at this stage.) Zuma so far has refused to do that, to the long-standing consternation of the middle classes.

That consternation is now moving to the SACP. Soon, Cosatu will likely follow. The alliance probably won’t split over this, but it’ll come just a little bit closer to its end.