Men’s Health US plagiarises itself. Again.

Men’s Health US plagiarises itself. Again. 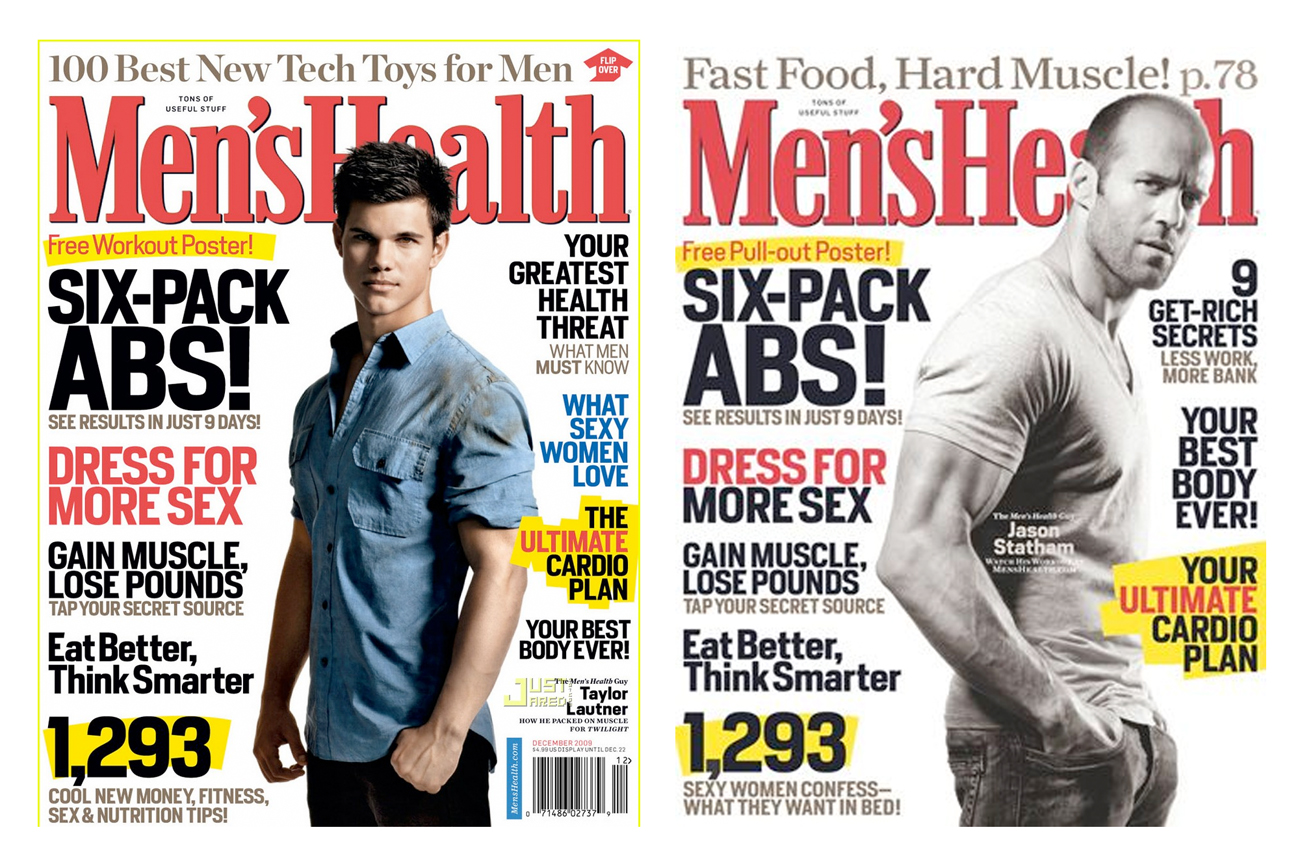 The cover lines on the Men’s Health US December 2009 issue are a carbon copy of the cover lines that appeared in October 2007. But hey, what’s the big surprise?

Maybe it worked so well the first time they couldn’t help themselves. Either that, or the editorial team was so fatigued by their unforgiving monthly deadlines they reckoned they deserved a break. Then again, it’s possible they were testing whether their readership was in fact too dumb to notice. An office bet, perhaps? Sales versus editorial, with the former arguing that fresh content had become a totally unnecessary expense? Whatever it was that inspired Men’s Health magazine (the US version) to use the exact same cover lines on their December 2009 issue as had been used in October 2007, they got caught. And now they look like idiots. And, while we really hate to be uncharitable, it serves them right.

Here, too, is what Men’s Health editor-in-chief David Zinczenko said in his defense: “The newsstand coverlines are a tool that help us reach the maximum number of guys possible, on promises we know we’ll fulfill every issue. For many magazines, certain cover subjects — from lines to celebrities — are an important part of their newsstand branding. But for the 80 percent of readers who get our subscriber copies, the lines are totally different and reflect the breadth and depth of our reporting with the 12 million readers we serve each month. Rest assured — it’s this originality and reporting rigor that’s made us the biggest men’s magazine brand in the world.”

Yup, we’re convinced – we are, as we’ve been commanded, resting assured. But we’d also like to draw your attention to a cheeky comment made by US media Website Gawker, who suggest that creativity has never been Men’s Health strong suit: “There are, in fact, just four basic templates for a Men’s Health cover,” Gawker observed. “Since 2007, Men’s Health has led with ‘Flat-Belly Foods,’ ‘Get Back Into Shape,’ and ‘Lose Your Gut’ at least twice a year, and a ‘Six-Pack Abs’ at least once a year since 2005.”