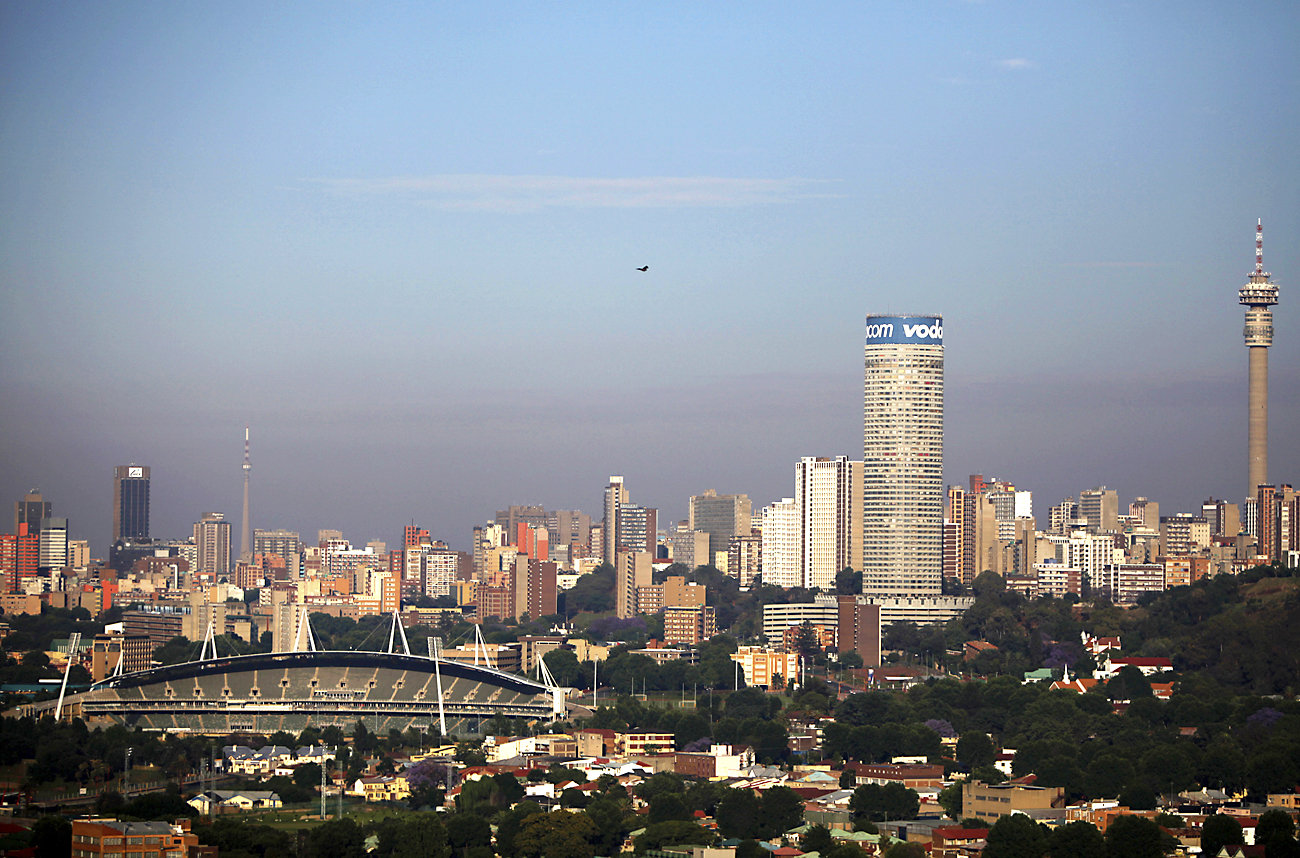 The crisis comes to the biggest council of them all. It will be messy, chaotic and won’t be sorted for a long, long time.

It is no accident that the biggest protests against the ANC government have come from out-of-the-way places with crappy municipal leaders. The link was obvious. The people who had nothing expected something. When they realised they still had nothing, they revolted. They used violence, because that’s the only way they knew how. Sure, some of the protest leaders knew there were other methods, but they also knew the quickest way to get national attention, to get young Julius on your side, was to throw a few rocks at the mayor’s office. There may have been other political factors at work, but by and large, frustration with a lack of services led to a reaction.

This time it’s different: the problem is now heading to the big cities, and the reaction from the urban middle classes is very different.

The City of Johannesburg is South Africa’s biggest metro. It provides services for more people than any other. Its mayor, Amos Masondo, is perhaps better known than any other mayor in the country (now that Helen Zille has set her sights a little higher). Over the years things have gone reasonably well. Driving through Soweto is much easier today than it was five years ago. More electricity is being distributed to more people, legally, and generally, the number of services offered has increased. But deep beneath, something is stirring.

When it comes to getting municipalities right, it’s the lights and water, stupid. For most people, crap roads, rude metro police and green municipal swimming pools are all survivable. But, as Jacob Maroga used to say, without electricity our civilisation is in danger. And for our lives to continue in a productive and healthy fashion, we need electricity. We need it in our homes, and we need to pay for it. Of course, we need water even more.

But these two basic issues, and particularly power, are being spectacularly neglected by some of our metros – Joburg especially. Over the last month public anger has started to boil at the billing system. One mention of electricity bills on Talk Radio 702 last week resulted in literally hundreds of calls, emails and SMSes. Okay, so the mlungus can get a little angry with the local council from time to time, you might say. But what was striking was the extent of the efforts to which literally all of these people had gone to try to fix a billing problem. It’s not just a simple mistake; those happen. It’s that people have spent hours on the phone, or, in an attempt to get around that 21st Century evil, the call centre, have actually gone to Jorisson Street. There, they say, are long queues, arrogant officials and no help whatsoever.

Then there’s the corruption. There are dozens of tales of people who have been disconnected for no reason. Their bills were up to date, but one day someone arrived, with three rather large gentlemen, and walked off with their meter. To get it back, a snip at anywhere between five grand and 20. Ah, but if you pay us, say, about three grand, we’ll put it back for you. It would have warmed Al Capone’s heart to see protection rackets still alive and thriving.

To be fair to the council, it is doing what it can to stamp out this kind of thing. When Eyewitness News got hold of a recording of a bribe solicitation (and it was pretty damn clear what the man meant when he said ‘I’ll help you and you help me’), they were on the blower very quickly asking for a copy, and, it seems, trying to work out who it was. But the problem appears to be much more widespread.

What the council cannot explain is why the wrong people are being cut off. An email from a 702 listener tells his own story of council workers arriving at his house with a job card. He was fully paid up and fairly confident about it too. After a brief exchange of words, he grabbed the job sheet. It had the address of his neighbour. During the remonstration that followed he worked out that the workers had used a GPS, and had been told to go to the address plugged into the machine, and take the meter from that property. We applaud the council’s innovative use of satellite technology. But clearly, someone hadn’t thought the entire idea through.

The examples go on and on, and while it could be fun (and probably a bit cathartic) to continue, we should look at what’s actually happening.

At the heart of the problem is Joburg Metro’s information technology department. Like so many times before, the people who speak in zeros and ones have something wrong. And don’t kid yourself, if you work in any company or institution nowadays, when the IT department stops working, you’ll know you’re on the verge of the precipice. It is pretty obvious that the IT system at the City of Johannesburg is in trouble.

While we don’t have access to the servers that run it, we can judge based on the outcomes. And those outcomes paint a bleak picture. It seems the billing system simply cannot match properties with the amounts of money owing. Responsibility for that billing system has been outsourced (according to Carte Blanche, who did a really excellent story on this earlier in the year) to a certain Masana Technologies. You would think that the company that gets such a giant contract as this has been around the block a bit; would pack some punch. You’d be wrong, of course. Masana Tech is a tiny outfit, employing fewer than 50 people, according to its own reception staff. Which means they’ve outsourced their stuff too. That’s probably legal, but it muddies the waters when it comes to finding out who’s really stuffed things up.

If Masana Technologies were a real, robust company, it wouldn’t be much of a problem. And in the normal world, if you buy a service from a firm and they make a mess of it, you get another company in. That makes the original firm sort its act out or go bust.

And if you decide to take up the fight, the odds are stacked against you. If you don’t pay, they cut you off. If they bill you a huge amount, you have to pay until you can sort it out. Not much difference to taking your child hostage until you give them what they’ve made up as a demand.

So while the good burghers of Johannesburg fume, you would think Masondo would be doing his best to sort it out. Normally, Masondo is a pretty good guy. He doesn’t live in luxury (protesters actually marched to his house in Kensington once), he seems to have tried hard to do what’s best for the city. But his is a horrid job. You’ve got to tar Soweto at the same time as deal with some Sandtonite who can’t believe his Beemer’s hit a pothole. But, of late, Masondo seems to be off the boil.

For the record, when questions about the billing system are put to the head of City Power, Silas Zimu, he proffers his own email address, and claims to welcome any emails about billing problems. (In case you’re wondering, Silas Zimu’s email address is [email protected]) Good luck. We hope that’s on IT system that does actually work.

The city says it will act harshly against any corruption. Some people have been sacked, but it’s difficult to prove wrongdoing. And when the cost of the Miss World pageant first emerged, the city’s spokesman didn’t bother to leave his phone on, because it was the weekend. And that’s something that’s happened again since then.

So, how do the middle classes deal with service delivery problems? We’re not the types to throw stones. Well, not literally anyway. But we have to prepare. And what follows is our own City of Joburg survival kit. We can’t make any promises, because the size of what can go wrong is huge, and you can’t prepare for everything.

Keep all your billing information, particularly proof of payment. If the IT system collapses, these could be critical. One day, you may need to prove that you’ve paid. You may also need to show your pattern of consumption. If you do have a problem, go through the process. But take some kind of recorder (most cellphones have this), just in case. Report any bribe solicitation to the police. And the media. And for goodness sake, make friends with a lawyer.