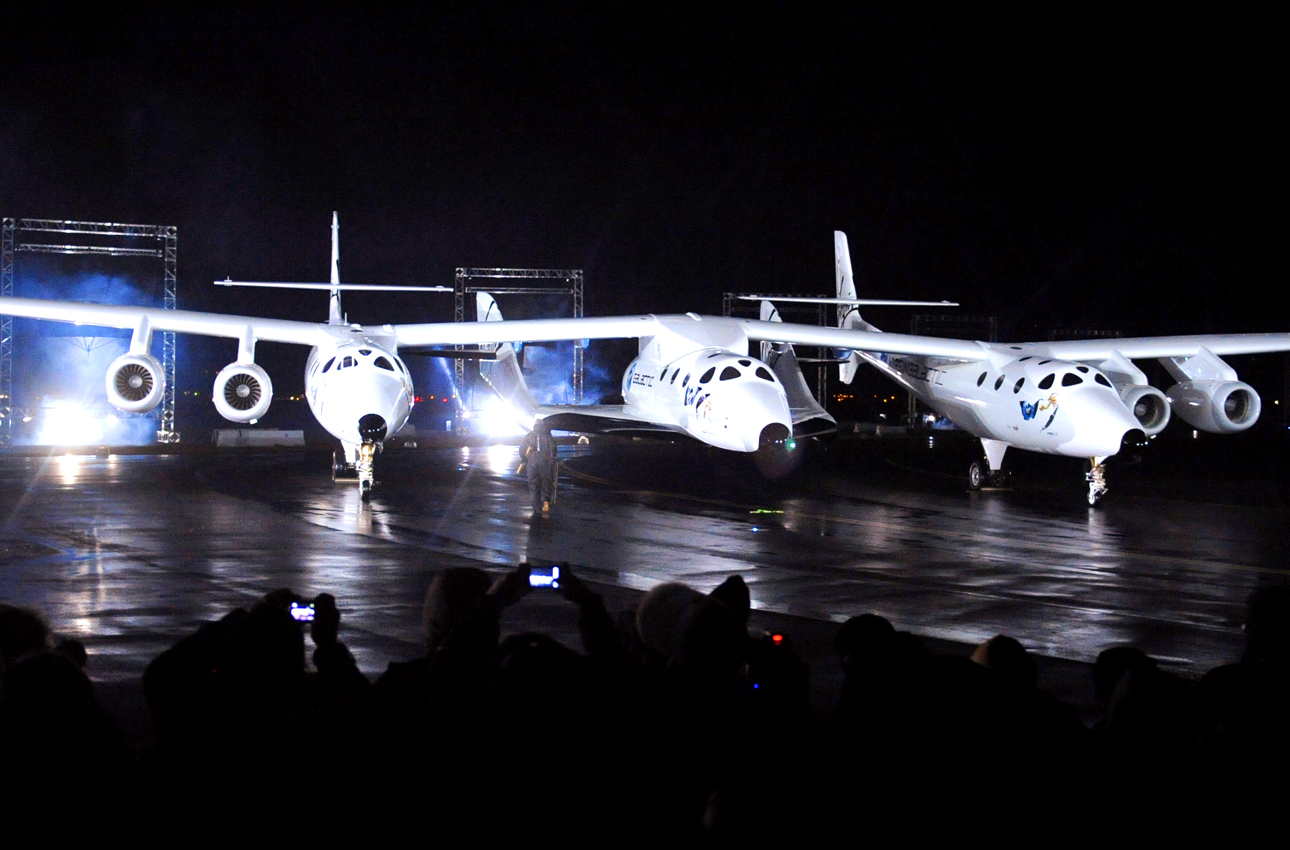 Space Adventures, the company that placed Mark Shuttleworth on a Russian Soyuz in 2002, has until now been the world’s only private firm to offer commercial space travel. On Monday, Richard Branson unveiled the competition.

Enomoto was a client of Space Adventures, the world’s first space tourism company, the same guys who took Mark Shuttleworth to the International Space Station aboard a Russian Soyuz in 2002. Shuttleworth was very happy with the service provided by Space Adventures – he thanked them profusely for their “invaluable support” in helping him realise his dream – but CEO Eric C. Anderson quickly learned with Enomoto that you can’t please all the customers all the time. So while Enomoto threatened to sue Space Adventures, Richard Branson stepped up to provide the company with a healthy dose of competition. On Monday, Branson unveiled Virgin Galactic’s SpaceShipTwo in the Mojave desert between Los Angeles and Las Vegas. The craft, which can carry six passengers and two pilots, is expected to begin test flights next year, with the first commercial flights planned for 2011 or 2012. According to the New York Times, a seat on SpaceShipTwo might soon cost punters as little as US$200,000, but then the paper also says that “about 300 people from around the world have paid a total of US$40-million in deposits to guarantee spots on the carbon composite aircraft.”

If space is to be the next generation of business travel, as aerospace experts are predicting, the costs are going to have to come down significantly – even off the US$200,000 a ticket touted by Virgin Galactic. Of course there is always one factor that introduces cost efficiencies into a market, which is now starting to make its presence felt in the spaceflight industry: the enthusiasm of the private entrepreneur.

In late November a six-metre rocket was launched into space from a New Zealand island, carrying a payload of 23,000 messages to dead relatives from family members around the planet. Rocket Lab, the company that built the rocket, founded by Peter Beck and Mark Rocket (no, really), is apparently the first private firm in the southern hemisphere to make a successful space launch.

Space Services, a Houston-based company that offers space funerals, has been in operation for a few years already – last year they took the remains of hundreds of people into space, compared to only 27 in 2007, so business for them is looking up (sorry, I know).

And then there is South African-born Elon Musk, co-founder of PayPal and Tesla Motors, who in 2002 founded SpaceX, a space transport company. Musk has sunk over US$100-million of his own money into the venture, an investment that looks set to pay off. In late December last year, SpaceX announced that it had won a US$1.6-billion NASA contract to carry cargo to the International Space Station after the Space Shuttle retires in 2010.

But it’s Branson’s venture that has the media’s attention right now. At yesterday’s event, the man who’s put the Virgin name on everything from cosmetics to cola revealed that the prototype of WhiteKnightTwo, the mothership that will transport SpaceShipTwo beyond the atmosphere, had been dubbed Virgin MotherShip Eve, in a tribute to Branson’s mother. This subtle hint that the British billionaire reckons he may have been immaculately conceived was backed up by the image emblazoned on the craft’s fuselage – a young woman, symbolic of Eve, diving through space.

Branson, his family, and the American designer of the spaceship, Burt Rutan, are planning to be on the craft’s first passenger flight, hopefully in 18 months from now. The Bransons and Rutan will sit in SpaceShipTwo, and when the rockets ignite on Virgin MotherShip Eve they will be propelled to the edge of the atmosphere. At 60,000 feet the mothership will drop away and the rocket will ignite on the space pod, taking the son and his family into the realm of the gods.